Don't Mind Me: Waiting game is a real pain in the eye 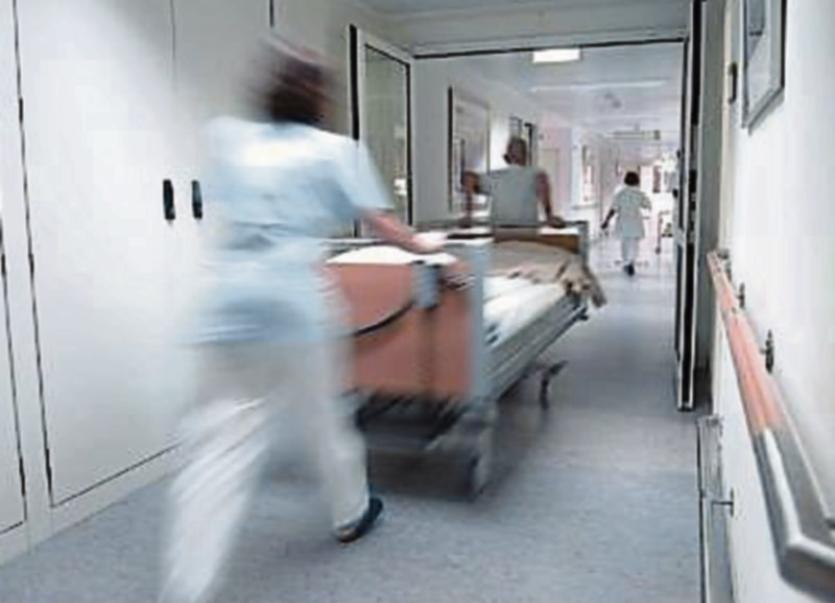 The HSE's waiting list are only heading in one direction

PATIENCE is a virtue, they say, but when you’re waiting with your medical card for a cataract consultation at University Hospital Limerick, your virtue is tested to the limit – especially on a week that starts with a bank holiday.

You need the stamina and endurance of Hillary and Tenzing to just hang on in there and if you’re not careful you’ll start hallucinating just as you would without your gas mask on the rarefied heights of Everest.

No, I’ve never climbed any mountain higher than Keeper Hill, and my only brush with altitude sickness was when I once found myself paralysed with fear on top of Sears Tower in Chicago. But last week I sat for over four hours in a corridor in the ophthalmic department at the Regional where my husband was waiting to have his cataracts assessed with a view to surgery. There were 60 other patients there that day, I was told, and whether they all had cataracts or not I don’t know, but I can’t for the life of me understand why they were all called for around the same time on the same day.

Many of the people waiting in the corridors had, like my husband, been waiting for more than two years to get that far. Most of them were elderly – as cataract sufferers usually are – and for all of them, this last lap was the hardest – just sitting there on a hard chair for hours waiting to be seen.

Suddenly, the two years began to feel like a walk in the park.

I was just the driver in this case, but I was stuck there like everyone else, believing that he could be called at any minute. Beside me, a lady from Loop Head was the epitome of fortitude even after four hours waiting, but she was a bit concerned about her son who had to drive her back to the most westerly point of the region. A man in his eighties on the other side was worried about driving home when darkness fell, and a woman across the way got a cramp in her leg from sitting for so long and was fretting about catching the train back to Thurles from where she was getting a lift to her home 13 miles further on. The ironic thing is that there are perfectly good hospitals in Ennis and Nenagh and it would hardly upset HSE’s grand plan of excellence to provide a cataract consultation point in each of them so that elderly people wouldn’t have to travel such long distances to be seen. I mean, it’s not rocket science, is it?

It would of course entail an ophthalmologist making a few extra trips to the outback to assess the patients, but that would be infinitely better than dragging 60 people to the Regional from far flung regions like Loop Head.

Now I’m told that hundreds of cataract operations are due to be performed in Nenagh Hospital before Christmas. God, I hope the HSE doesn’t plan to do them all on the one day or there won’t be standing room in the corridor. Seriously though, if they can do this why couldn’t they all have been assessed there too?

What impressed me most in the ophthalmic department was the stoicism displayed by those waiting in the corridor. I’m afraid I succumbed to something like altitude sickness after three hours and started ranting and raving about the evils of the two tier health system, even though I’ve indulged in private health cover myself. Hubby was mortified and so was everyone around me, fearing that they’d all be sent back to the Atlantic coast without being seen or have needles stuck in their eyes for rebellion by association. One woman, inspired by my example no doubt, vowed that she was going to ring Joe Duffy in the morning – if she got home in time

A nurse brought me a complaint form to fill in so that I could ‘have my say’ quietly without upsetting the whole corridor. But you had to be a patient to make a complaint and, for best results, you were advised to allow HSE officials access to your confidential medical records. I was only the driver.

It was one of the biggest eye clinics this year, the nurse told me, and to cap it all they had lost a day that week with the bank holiday. On top of all that they were down a doctor and the nurse manager was off. Then why the hell didn’t they let us know in advance and we could have brought some sustenance? They had advised us that they would review each case as close to the appointment times as possible. “Please do not arrive too early,” they said, “as this will lead to increased waiting time for you and put additional pressure on the limited waiting areas and limited car parking facilities.”

Don’t get me wrong, I salute the fortitude of those who waited patiently, but I’d prefer if they had kicked up an almighty rumpus. Some of them remained in their seats at the very end of the corridor where they couldn’t even hear their names being called out after the office staff had signed off for the day at 5.30.

This led to more delays as the Ophthalmologist had to come out of his rooms and walk the corridor calling out names. When he politely asked them to come down to the empty seats beside his room, where they could heard the names being called, they said that they were comfortable where they were.

You couldn’t make it up. Next time, we’re going to bring sleeping bags and flasks of tea and make a night of it.