Don't Mind Me: It just doesn’t add up 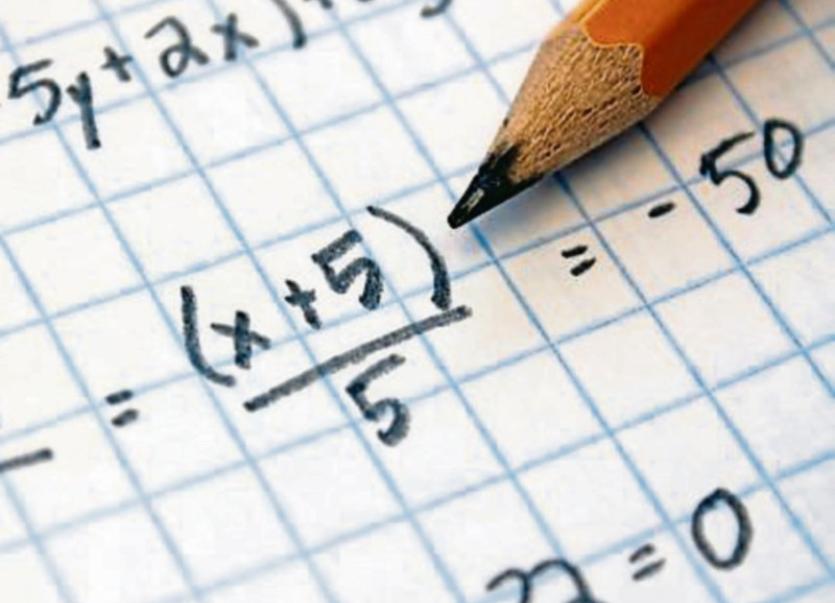 WE hardly ever do things by halves in this country anymore, so I suppose it’s no big surprise then that some things still don’t add up. Take Leaving Cert Higher Level Maths for instance. The whole country has become obsessed with the 25 bonus points on offer for getting a paltry 40 per cent rating in the Higher Paper and parents will beg, borrow or steal to ensure that their offspring aren’t going to miss out on a target so attainable. The pressure is intense.

But bravo! Of course, we had to do something to project a more respectable image of our mathematical skills on the world stage, seeing that William Rowan Hamilton is scarcely remembered now and that multinational tech companies were beginning to turn up their rapacious noses at what we were producing. But, honestly, I don’t think we’re going to breed a whole generation of budding Einsteins simply by dishing out extra college points just for attempting and passing one particular exam.

Certainly, the initiative did entice more students to attempt the Higher Level paper and it did de-mystify, to some extent, the intrigue surrounding Honours Maths. It probably also helped to demolish the myth that the grey matter required for Calculus was distributed unevenly at birth along gender lines, or was that thanks to the feminists? Anyway, is Calculus even on the Leaving Cert curriculum anymore?

Now, don’t mind me because what would I know about maths, seeing that I can’t even calculate the number of shopping days left to Christmas, which means that it creeps up on me every year and leaves me in a panic. But to my mind the whole Maths bonus points initiative sounds suspiciously like a cosmetic exercise and whatever about our mathematical expertise, we’re the masters of cosmetics. But there’s a price to be paid for depending on cosmetics. Leaving Cert students, I’m reliably told, are now more stressed out than ever before and the main source of that new stress is the 25 bonus points available to every student who achieves a 40 per cent or higher rating in Higher Level Maths.

This has become the status symbol of the new Leaving Cert. As I already said, most parents will do anything to make it a reality, forking out for extra grinds and coaching and making life hell for classroom teachers whose mathematical prowess they suspect mightn’t be up to the task of getting their sons and daughters over the bottom line. The whole process involves extra class hours and massive peer pressure, and it’s being done at the expense of pupil and teacher welfare, not to talk of other important subjects like English and history. Will someone tell the new Education Minister, Joe McHugh, that there isn’t much point in being able to solve E=mc2 if we can’t express ourselves coherently in this new globalised culture. If we go on as we’re currently going, disregarding syntax and talking economic gobbledygook, the rest of the world won’t even know what we’re trying to say, and chances are we won’t even know ourselves.

Rather than encouraging creative mathematical thinking and plumbing the spatial genius of the nation, the system is creating a kind of maths mediocrity to satisfy the demands of various interest groups including technical, science and engineering bodies and the multinational sector.

The latter are usually on the look-out for young minds they can mould themselves, which makes me even more suspicious of the bonus points scheme.

But someone always loses out in a mediocrity and the people I really feel sorry for are those at the top who are natural mathematicians but who get no special recognition under the scheme – just the same bonus points as those who have managed to pass. The other group are those at the bottom who find Maths extremely challenging and who won’t be in a position to attempt the Higher Level Paper, whatever incentive is offered. Many of those students achieve extremely high grades in other subjects. It is telling that more people are now failing Lower Level Maths than ever before and it’s time someone investigated the cause.

I suspect myself that those who show no aptitude for the subject or who have no inclination to study the Higher Level programme or who simply can’t afford the necessary grinds and coaching have been pushed aside in the mad scramble for bonus points.

On top of all that is a dire shortage of good maths teachers. Very few of those who teach Maths at second have studied pure maths in college. Most of them are business graduates or engineering graduates who had maths modules on their courses. One of the contestants in this year’s Rose of Tralee, taught Maths in a secondary school last year and confessed that she had no idea how that came about because she had never studied maths at third level. Richard Bruton didn’t even bat an eyelid.

For all that, I don’t know if I should encourage Joe McHugh to revise the system, because anytime anyone starts tinkering with the Leaving Cert, it ends up even dafter than it was. But I am worried that if we sacrifice everything to project an image of mathematical genius, it will have a disastrous effect on the health of the nation and we’ll all come across like mad scientists in the eyes of the world. And what if, in the process, we also lose contact with our undisputed literary genius and are never again in a position to produce a classical scholar or even a philosopher like Michael D Higgins or Bono?