Don't Mind Me: An alien in ‘Post- Catholic Ireland’ 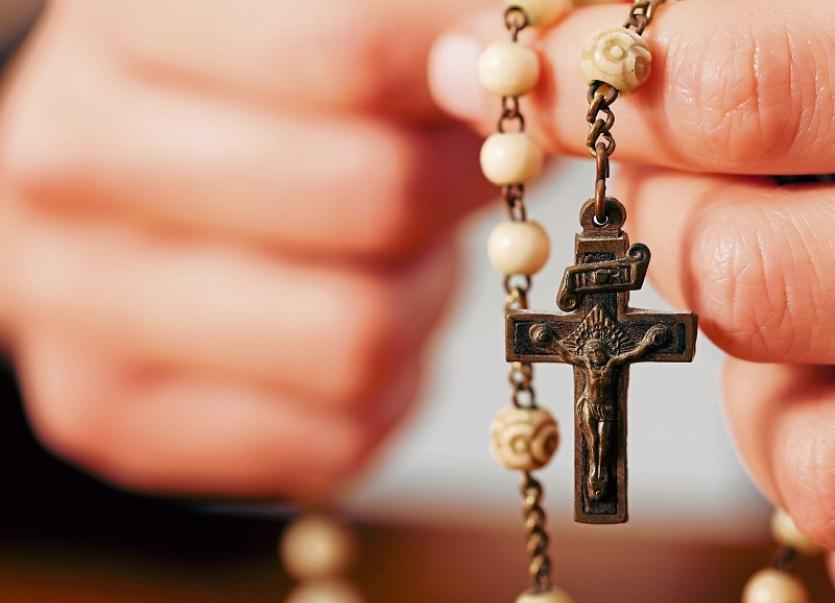 Patricia admits that she isn't the most ardent Roman Catholic in the land, but her faith has served her well in times of great anguish

WELL, here we are in post-Budget Ireland most of us none the better for the experience, and still suffering from post-colonial stress, not to talk of post-recession trauma, rural post office deprivation and pre-Brexit anxiety.

I can handle all of them without needing either a bit of mindfulness or a spot of yoga to fortify me. But the one cliché that gets my goat is this trite mantra of the New Ireland, ‘Post-Catholic Ireland’. I just can’t deal with it. It makes me feel like an alien.

Granted, the liberals are having a heyday fuelled on massive doses of populism and God only knows what else, but as far as I’m concerned anyway, post-Catholic Ireland does not exist. The Census returns agree and even if it did exist, I certainly wouldn’t want to live there. Call me a dinosaur if you like, but as far as I’m concerned, the faith of our fathers is living still in spite of dungeon, fire and sword and everything else the simpering, populist politicians of all parties and none, can throw at us.

I think it was the former Labour Party leader, Ruairi Quinn who first coined the phrase or at least was the first to utter it in public. How brave was that? Now it’s the preserve of the inarticulate and ineloquent and the ‘cute hoors’ who could talk for Ireland but who only use phrases that have already been well tested. No wonder it’s jaded!

Now don’t get me wrong. I’m all for a pluralist society so long as everyone who comprises it is protected and has his or her views, religious or otherwise, respected. I do note, however, that even the loudest proclaimers of the new State of Post-Catholic Ireland have never even contemplated a Post- Christian Ireland, which means that only one faith is being pilloried and excoriated – for now anyway. That can’t be healthy.

I’m not the most ardent Roman Catholic in the land, but my faith has served me well in times of great anguish and I’m not going to abandon it now just to look cool, progressive and pluralistically varnished. It hasn’t always been easy, keeping the rules and living up to the high standards demanded. God knows, I’ve tripped up often enough and gone into numerous sulks over the years at the actions of individual clergymen and nuns, but I’ve always been welcomed back with open arms. The only time I ever feared being excommunicated was at my First Communion when I carried a bouquet of exotic flowers into the Church and a classmate who had a bunch of wilting wallflowers in her hand looked at mine in disdain and said:” they’re Protestant flowers”. Sure enough, they had come from Lord Dunalley’s magnificent walled garden in Kilboy House, courtesy of our neighbour, Jack O’Meara, who was the head gardener there at the time. I was a pluralist long before it became popular!

I thought of those flowers the other day when a Parish Priest was being criticised for demanding the removal of a virtual forest of massive plastic cherry trees from the aisle of his church before the bridal party had a chance to walk through them. What can I say, only that, whatever about reverence and respect, basic good taste certainly doesn’t figure in this imaginary Post-Catholic Ireland?

The Catholic Church in Ireland is in crisis. There aren’t enough priests to serve all the parishes and falling attendances at Masses are telling. But the Church survived bigger crises since it was founded and without a doubt will adapt to the new challenges and regroup again, or so my Faith tells me anyway. God isn’t dead and the new god of materialism is doing nothing for the mental health and well-being of the nation. Nor, by the way, are mindfulness and yoga, which are replacing religious instruction in some of our schools, and depriving children of the opportunity to learn about a rich cultural heritage - whatever they may think of it when they are older.

And despite all this talk about a Post-Catholic Ireland, those of us who continue to profess our Faith, albeit having become a bit lax in practice, haven’t been hounded into the catacombs yet or fed to the lions. We really haven’t even been tested.

Now I don’t know who I’m going to vote for in the Presidential election - although I have already discounted two candidates out of hand. But in the Referendum I’ll be voting for the retention of the Blasphemy law and calling for its expansion to cover all religious beliefs. Although no-one, as far as I know, has ever been convicted under it, its removal would only encourage Conor McGregor type yobs to sneer at my faith and other sincerely held beliefs in Post-Catholic Ireland. To be honest, I’d have awful trouble, even at this stage of my life, in following the words of the Gospel and turning the other cheek.