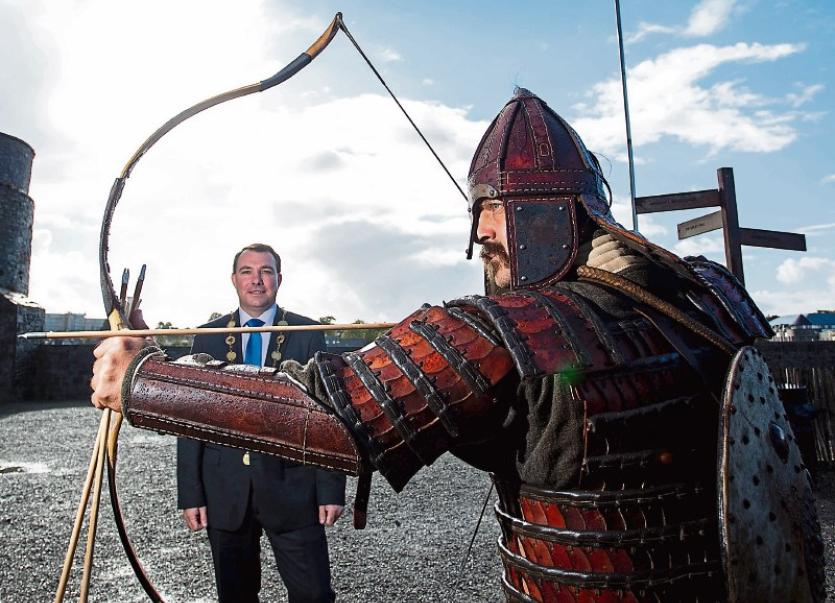 THERE’S a lot of people I know in Limerick who, to be honest, are a bit nonplussed about the prospect of getting to elect their own mayor directly. In other words, they couldn’t care less. But then there are others who can’t wait for a greater say in the selection of their commander -in-chief, and from what I hear on the streets, there’s a sizeable proportion of the citizenry too who believe that there are already too many chiefs and not enough Indians round the place.

So bring it on then – the plebiscite, I mean.

But what they all want to know is this: what effect is a directly elected mayoralty going to have on their rates and property taxes? And I, being a citizen of no mean city whatsoever and therefore unlikely ever to get a chance to elect my own mayor, want to know how much the new mayor will cost me too.

Because, judging by how much it costs to keep the President in style, the fear I have is that Limerick and every other city with a directly elected Mayor will not be able to afford the luxury and we’ll all have to chip in to keep up appearances and provide a plentiful supply of ceremonial robes. I suppose you could get a mayor at a discount, but surely to God that’s not what a city and county with Limerick’s proud heritage would want.

But all that aside, I do believe that it is about time that the election of a mayor was removed from the snake pit of party politics and returned to the people - if that’s the way they want it, and I’m not even sure of that.

But ‘returned’ is hardly the right word, is it? The first mayors of Limerick back in the 12th century were selected by the ‘freemen’ of the city and, as far as I know, there wasn’t a ‘freewoman’ among them, not to talk of a universal franchise.

Some historians, however, are now arguing that those first Mayors of Limerick and their freemen electorate were phonies anyway because the city, it seems, was electing mayors and creating freemen long before it had got a proper royal charter, as distinct from a royal blessing. As a result, we can’t really say for sure who the first official Mayor of Limerick was!

People, however, like to be able to touch their democracy and feel it, and the annual ‘intrigue fest’ in the council to decide who would wear the chain for the coming year, while very entertaining, was outside the reach of most people. I remember once reporting on a mayoral contest that yielded an unexpected outcome because a party pact had, at the last minute, lost an essential component. A spectator I met afterwards was beside himself with rage. “I voted for him when he was running for the council, but I didn’t expect to see him ending up as Mayor,” he fumed, referring to the newly crowned first citizen.

Democracy thwarted, you might say, but I put it down to nothing more sinister than good old fashioned begrudgery which never allowed anyone to lose the run of himself, or herself, as the case might have been.

As of now we don’t know what powers will be invested in the directly elected Mayor – that is presuming we’re going to vote for one and that it won’t be just a cosmetic exercise. What kind of a salary are we going to pay him or her and what impact, if any, are they going to have on how our lives are run? How long will they serve. Not for seven years, one would hope, but the present one year term is too short a time for people to even get to know their Mayor. What are the implications for the city and county managers who ruled the roost since 1934? Will those high-powered and highly paid executives be redundant henceforth in cities like Limerick, Dublin, Galway and Waterford, because one thing for sure you can’t have two executives running the same city? It would be worse - pardon my political incorrectness - than having two women in the one kitchen.

The worst case scenario might be that we’d elect a Mayor ourselves as a figure head and the manager would continue to lead him by the official chain, which in turn is attached firmly to the leg of the Minister’s table. Self-defeating you might say, but at least it would prevent any possibility of an abuse of power and give us, the people, the illusion of power that I suspect might be enough to keep us happy. However, at best, this proposal may very well prove an important step in modernising the ramshackle and outmoded machinery of Local Government in this country which we have been tinkering with for too long. But in fairness, surely it should be matched by a similar democratic progression in smaller cities and towns and in the rest of rural Ireland.

I won’t have a say, unfortunately, but I’m all for a directly elected Mayor of Limerick – so long as he or she doesn’t decide it’s time to right ancient wrongs and take back the rest of Thomond and whatever it was that Brian Boru wrested from the Vikings. Any threat of territorial expansion by a newly empowered Mayor and it’s all-out war, I’m afraid.