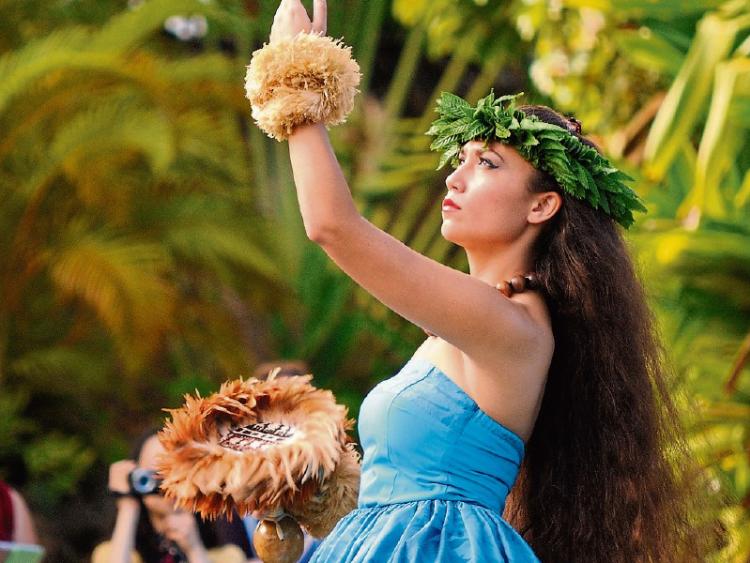 LOOK here! There is only so much a body can take. I’m already due an eye test (for the driving license renewal), as well as a blood test and a cholesterol test, and now everyone is telling me that I need to have my DNA analysed. Why? “We’re just curious,” a close relative explained.

The family is curious because another close relative had his DNA tested recently and found that he was two per cent Polynesian. It’s the talk of the place, and now they’re all wondering if the Polynesian gene might explain my own lifelong inability to conform and my dismal failure to grasp the intricacies of the Modh Coinniallach. No disrespect to the inhabitants of Samoa now, but an uncle once said that there was a contrary gene stuck in me somewhere and, unsurprisingly, hubby is now of the same opinion.

DNA testing is the latest fad sweeping the country, but I’m damned if I’m going to spend the pension money with the extra fiver in the Budget, trying to find out who I am or trying to satisfy anyone’s curiosity about the source of my waywardness. Who do I think I am? Sorry, I don’t think about who I am. I know who I am, and to be honest, it’s not that impressive – apart maybe from the champion pre-historic chess players from West Cork, from whom the surname ‘Feehily’ was derived. My Mother always said, however, that they would have been far better off if they hadn’t had so much time on their hands or if they hadn’t wasted that time on such trivial pursuits.

Now, I have to say, however, that the Polynesian strain is intriguing. A couple of my ancestors did end up in Australia but, as far as I know, neither they nor their descendants ever returned to continue the dynasty here. The chances of a Polynesian native settling in the Slieve Felim hills any time in the last 9,000 years, when the area is believed to have hosted its first settlers, are very slim indeed. My best guess is that those molecules date back to the Garden of Eden, or, since that particular spot is not fashionable anymore, to some dim period of geological upheaval when Ireland itself surfaced somewhere in the South Pacific and stayed there for a while until the next upheaval planted it firmly in the Northern Hemisphere.

Funny enough, it wasn’t the Polynesian gene that caused my cousin the most consternation. It was the English and North of Ireland strains that diluted his otherwise pure Irish bloodlines. The North of Ireland genes can be explained from the historical fact that a sizeable portion of O’Neill’s and O’Donnell’s armies never made it back to Tyrone and Tirconnell after the disastrous Battle of Kinsale. Quite a few of them dropped off across the Slieve Felim hills, where up to very recently some families were still known as ‘Oultachs’ – Ulster folk. But where did the English strain come from? No great mystery there really. In the westward swarm of mankind, some of us might never even have got here if we hadn’t used England as a stepping stone.

That’s what I find among most Irish people who dive into their genetic pools to find out what constitutes their make-up. They’re very disappointed to find a sizeable proportion of English genes in the pool. Bloodlines from the Danes and the Vikings are fine, and those from the Wild Milesian are very acceptable, but England, the old enemy, is out – unless the genes are connected to the Royal family via Niall of the Nine Hostages or Brian Boru, which is not at all unlikely.

Anyway, I have yet to meet anyone who had his or her DNA tested and found that they were 100 per cent Irish. Insular and all as we could be at times in our history, we’ve managed to be part the human melting pot nevertheless – which has to be a good thing, even if it does plant a contrary gene here and there among us. It does, however, put paid to the notion of a ‘true Irishman’ which sustained our identity for too long.

But DNA testing is now so popular with everyone seeking to reinforce their genetic worth that a testing kit has become the ideal Christmas gift for the man or woman in your life. Now please, don’t anyone take this as a hint from me. I don’t want to have my DNA tested and my ancestry exposed. I value my privacy too much and I wouldn’t want a third cousin from, say, Tuvalu, turning up on my doorstep next summer trying to connect and looking for a place to stay. Also, I’d be afraid that my sample might get mixed up in the lab and there might even be some issue about my membership of the human race, not to talk of my Irishness.