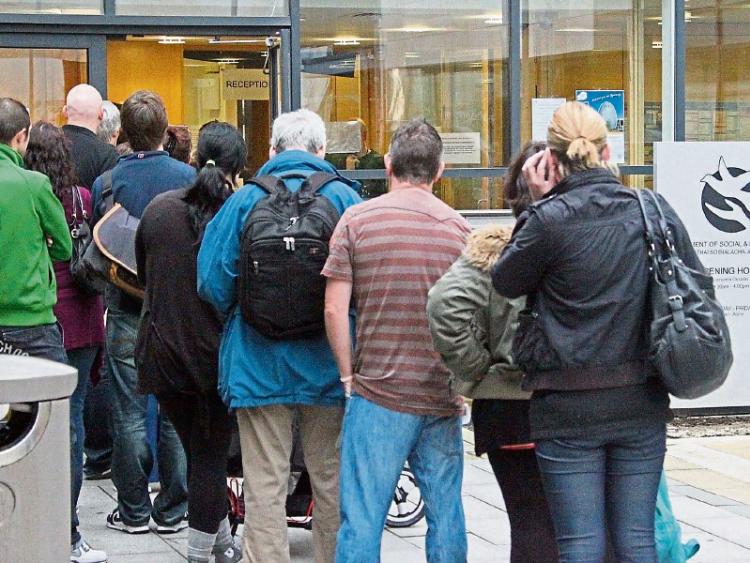 Any rise for the have-nots? Patricia believes that Brexit is just another excuse to keep Austerity measures

FRIENDS, Romans and countrymen lend me your ears! First of all, let me express my sincere congratulations on Limerick’s great hurling victory and my very best wishes for the final. We’re full of admiration here in neighbouring Tipperary, but we wouldn’t be human if some of us weren’t green with envy as well. I mightn’t even have to go out and buy a green shirt if the colour lasts.

Now, onto other pressing matters! I wouldn’t expect you to lend me anything else but your ears because of my legendary fecklessness, but feckless or not, I’m beginning to get seriously irked by the sudden descent of the nation into parsimonious mode in advance of the Budget.

We’re told to dump all our Budget Day expectations, retrieve the hair shirt from the bin - or the charity shop - and concentrate on raising an army to fight Brexit so that the rich can relax and enjoy the Galway Races. Even contemplating a hike in the Old Age Pension now is an unquestionable act of treason. Mea Culpa for harbouring such treacherous thoughts!

Thank Heavens, however, for Willie O’Dea who makes no bones about flouting political correctness and looking for Budgetary welfare increases on behalf of the still struggling masses at a time when the economy is in a healthy state and growing nicely and most of us are desperately trying to catch up. If he’s not careful, he’ll be branded a traitor!

Willie says that if “we are to grow and develop as a cohesive and compassionate society, rather than a collection of competing economic interests, then we need to put those in need by virtue of their health, age, disability or circumstances at the top of the queue when it comes to sharing out the benefits of growth . . .” Bravo, Willie!

Put that in your pipe and smoke it, Regina Doherty. Regina, the Welfare Minister with responsibility for looking after the have-nots – which presumably includes keeping our hopes up - has been busy of late flying kites about Budgetary pragmatism and the need for welfare recipients to curb their unwarranted expectations for fear of what might be coming down the tracks. But seeing that so many of us can’t keep pace with the apparently cantering economy, how are we going to get out of the way when whatever is coming down the tracks, arrives? We won’t be able to take to the air in a private jet or hunker down in some as yet undiscovered tax-free haven somewhere on the globe. We’ll just have to face it, without even a pension increase to sustain us.

Regina, however, isn’t the only one flying kites at the moment. Some economic gurus have recommended higher taxation in the Budget, as well as an increased property tax, to help steady the ship for the stormy waters ahead. The same guardians of national rectitude wouldn’t know a maelstrom from a school of basking dolphins and maybe they should focus their telescopes closer to home.

It’s wonderful to be financially astute, but the last financial crash was not caused by increases in welfare benefits or irresponsible cosseting of the hard up. Would that it were and we might have been in a better shape to weather it! It was caused by greedy financiers who seek to influence the distribution of the nation’s wealth, but who want to have nothing to do with its poverty.

Anyway, I don’t put too much credence in the idea of saving for a rainy day, particularly after the summer we’ve just had. There was a time back there in the middle of July when I really thought we’d never see a rainy day again. The only thing that kept me going, to be honest, was the constant bleating from various economic think tanks about the need to save for a rainy day. They must have seen some clouds, somewhere, wafting this way, I said to myself. Maybe they should sit up and take note of climate change.

Now, maybe there is an economic hurricane heading towards us as I write, and a bit of fiscal prudence might be advisable, but not to the extent of leaving a sizeable chunk of the population stranded in financial limbo on the same welfare payments they got a year ago. If it does hit and catches us unawares, we can sell off the Árus, cancel the presidential election, abolish the office for good and all, and the Senate with it, and open a few soup kitchens if all comes to all.

In the meantime politically correct or not, I’m not going to let anyone manage my expectations of the forthcoming Budget, and with the help of God and Willie O’Dea, I’m looking forward to another welcome increase in the OAP.