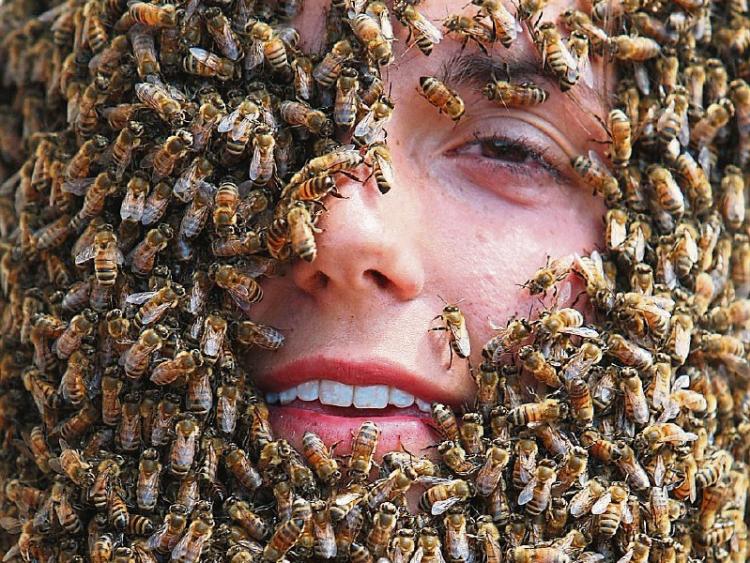 The birds and the bees: If it wasn't one wildlife problem for Patricia it is another

WHENEVER anyone tells me I’m for the birds, I take it as a compliment.  But ‘for the birds’ or not, I owe a big apology this week to Councillor Eddie Ryan of Galbally, who, according to one of my more recent columns, was supposedly on a mission to exterminate the crow population of East Limerick. Nothing could be farther from the truth, because Eddie is a true bird lover and an active protector of wildlife.

“I have never harmed a feather on a crow’s head or any other bird for that matter,” he told me.

Not only that, but under the GLAS (Green Low-carbon Agri Environment Scheme) the Galbally councillor plants three and a half acres of linseed and oats to feed the crows, pheasants and other small birds. He even invited me down to Galbally in October or November to witness first-hand the work they do to protect their wildlife.

What can I say but that I’m mortified. I think I can even hear my own crows - who for all I know have to travel to Galbally for provisions in the winter - growling in their rookery. Eddie assures me, however, that I’m forgiven. It was all a misunderstanding arising out of a municipal district council discussion on noise pollution from the motorways and from barking dogs. “I mentioned early morning crows in that context,“ he explained. He certainly said nothing about murdering them. Holy cow, I’ve been the purveyor of fake news! Again!

But now I have another problem and it has to do with wildlife again. A colony of wasps under orders from the queen – women have too much power these days – has established a huge nest in the middle of my favourite shrub only five feet from the front door – as the crow flies. I can’t even water the shrub in the drought for fear of being attacked by poisoned arrows. For all I know I could have become allergic to bee stings since the last time I was stung in the leg 60 years ago and I might go into shock. The husband says it’s easy to shock me now!

At the moment, the bees are making more noise than the crows and in the early morning I swear I can hear war drums being beaten around the bush. I also notice that visitor numbers have fallen dramatically since this lot encamped on my doorstep. That could well be because of my fraught appearance when I open the door just an inch and tell them to go around the back. I wouldn’t want to be sued for damages.

The bees, of course, could have set up house at a more appropriate time, like in the middle of a general election, when canvassers are on the prowl. But my big fear now is that the postman will steer clear of the hall door letter box and just fling the letters in from the road.

I have been seeking advice on how to get the pests to leave, but aside from erecting a ‘For Sale’ sign on the house, nothing has worked so far. I don’t like the sound of extermination. I just wish they’d form a swarm and go of their own accord. I was told to pour dish water on the bush. It certainly sounded more acceptable than pest killer, but where do you get dish water these days? And would I have to study Patrick Sarsfield’s tactics when he snuck up on that famous siege train at Ballyneety, before I could even get close enough to the nest?

Fire, smoke, brimstone and aerial bombardments have all been suggested by friends and acquaintances, but most of the time, I’m told to leave the bees alone.

They won’t bother me if I don’t bother them, but how am I to know when I become bothersome? They play a crucial role in our ecosystem and without them, the bloody bush might never have flowered.

Their numbers are diminishing dramatically, I’m told, and if we don’t nurture them and help them to survive, they’ll become extinct and the planet and everything on it will be doomed.

Anyway, I was assured, they wouldn’t have picked me in the first place to live beside, if they hadn’t recognised a friendly face.

That’s all very well, but I can’t shake off the persecution complex that has engulfed me since the bees made a home literally in my face. This phenomenon in the middle of this freaky hot and arid summer is, as far as I’m concerned, on a par with sharks and giant jellyfish appearing on the west coast. I can’t take any more of it. It’s intolerable. It’s either me or the bees, I told the husband.

‘Leave it to me,’ he said gallantly.

Now, I don’t know when the battle of the Titans is to begin, but the last time I looked, the bees were still there.