Spoiling grandchildren is a granny's right 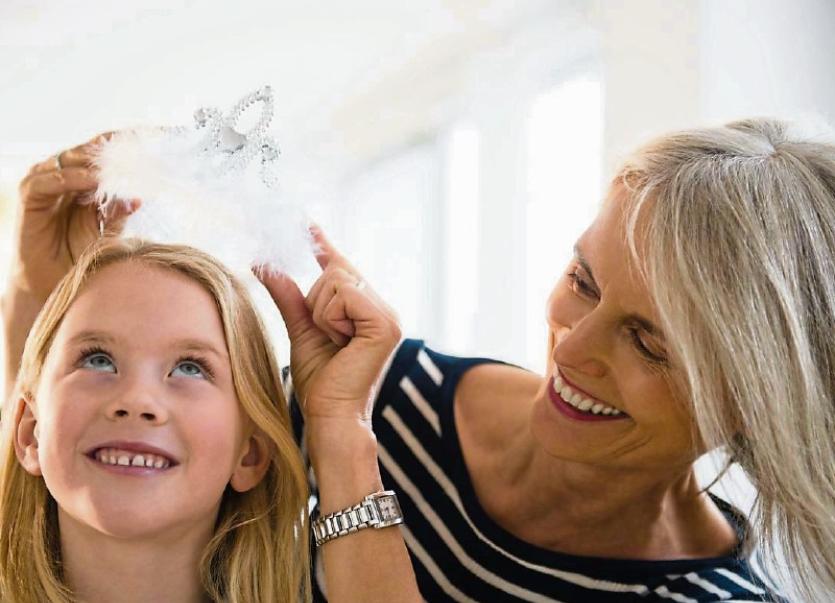 GRANNIES and granddads are under sustained attack these days from childcare experts who regard them as a serious health risk to their grandchildren.

Toddlers, they say, should give their indulgent grandparents a wide berth if they don’t want to grow up obese, toothless and spoiled rotten, as well as harbouring a deep-seated sense of entitlement that would shame the ‘me generation’.

Now, if you don’t mind, I’m taking this assault personally. I’m your typical laissez-faire granny and I feel that they are pointing the finger at me. I wouldn’t mind but I had been half expecting the Minister for Children, who has already acknowledged the contribution of grand-parents to childcare in modern Ireland, to provide a grannies’ allowance in the next Budget, and I could ply my grandchildren with even more goodies. No hope of that now, I suppose!

Of course, I’d be mortified if -because of such close proximity to me in their formative years - any of my three grandchildren grew up contaminated with my personal flaws, especially when it comes to self-indulgence. But what’s a granny to do? The only way I can get one of mine to eat anything even vaguely nutritional when she’s with me, is by promising a lollipop or a kinder egg in return for an empty dinner bowl. Even then the bowl must be half empty to start with and must not show even the slightest trace of broccoli, carrots or anything that might be detected by colour. Short of employing force-feeding tactics, I can’t think of anything more effective than the lure of a brightly coloured lollipop.

She’ll be four years old in a couple of months and I tried to reason with her the other day by warning her that her teeth would be ruined and she’d turn into a lollipop if she wasn’t careful - and they’d all blame me. Child care experts would, I’m sure, be appalled at such infantile tactics. But they needn’t have worried. She looked me straight in the eye and, with all the wisdom and logic of her years, announced that it mightn’t be such a bad thing – not as bad as turning into a broccoli anyway.

Because of all this anti-granny propaganda I was even thinking of starting a society for the preservation of indulgent grand-parents - if I could find anyone brave enough to join me. But now I think Santa Claus is facing an even greater threat from the PC brigade and more in need of my assistance. The magic is fading, it seems, because of the fear of over-indulgence.

I brought my nearly four- year old grand- daughter to see Santa in our local town at the week-end, fully believing that Santa was even more indulgent when it came to small kids than I was. Being the friendly, strategic, little girl that she is, she went up and shook hands with the great man and assured him that she hadn’t put a foot wrong all year. She had even eaten her dinner that day, which, let’s face it, was a bit of an exaggeration.

She came back to me crestfallen. ‘What’s wrong?” I asked.

“I got nothing,” she said, her eyes welling up.

Naturally I saw red, and it had nothing to do with Santa’s coat. I was about to stride up to him demanding equal rights for kids who have no appetite for granny dinners, when a young mother beside me informed me that there were no presents given out this year to any child. The whole Santa thing had been turned on its head, and it was the children who were giving Santa the gifts to distribute to less well off-children. Suddenly I noticed that every kid was sanctimoniously arriving with a present, all wrapped up, to give to Santa.

I looked down at my own devastated grand-daughter, wondering where we had gone wrong. Then I saw that someone had stuck a badge on her coat announcing that she had been elevated to the status of an elf that had helped Santa save Christmas for children who had nothing. Now, how do you explain the concept of magnanimity and philanthropy to a small child you’ve always indulged, especially when - not knowing that the goal posts had been changed – she had brought nothing at all to the table? How do you re-invent Santa Claus?

Indulgent to the last, I eased her pain with the promise of a lollipop and assured her that the age old fantasy was intact and this guy was not the real Santa. The real Santa was magic. He looked after everyone and didn’t need anyone, least of all a small child, to help replenish his stocks so that he could distribute his beneficence more evenly in a world where nothing is ever really even anyway. Instilling an artificial social conscience was not part of his agenda. Time enough for that!

But even as I spoke, I was back again in the village where I grew up, watching Santa arrive at the local store a few days before Christmas, in a venture that signalled the shop owners as entrepreneurs ahead of their time. It was the first time anything like that had happened in our place and the excitement was intense. Even the adults were all agog. Some of us had been expecting reindeers and a sleigh, but all we got was Mary O’Meara’s ass and cart. We recognised the ass straight away, but the minute Santa started handing out little tokens of his regard for us children, we discovered that, even in the dreary 1950’s, reality could easily be suspended – a faculty I still like to indulge, even as a granny.