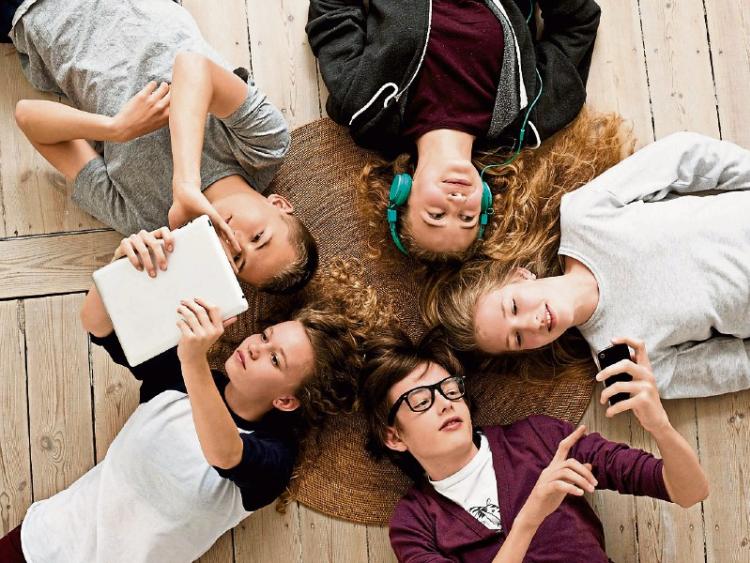 I FEEL sorry for the ‘snowflake’ generation. I shouldn’t even be sympathetic to them, because we were called ‘softies’ too in my day and we survived. We hadn’t lived through ‘The Emergency, you see,’ and we never had to walk to school through the fields in our bare feet like our predecessors, chomping on raw turnips along the way.

But we met our own challenges, which, of course, didn’t stop the grown-ups from scratching their heads every time our egos were bruised, and muttering audibly: “how are they ever going to get through life?”

But this generation of fragile, unduly sensitive and over protected youngsters are going to have to develop a thicker skin than was ever required of us. Otherwise, I really don’t know how they’re going to get through life.

The reason why the snowflakes should toughen up fast is because Irish people are getting nastier, more judgemental and less tolerant by the day. Rudeness, it seems, is a virtue in post- Christian Ireland. You don’t even have to look at social media to see the vitriol flowing. It’s swamping us.

Even judges on RTE’s harmless new series, ‘Dancing with the Stars,’ are being encouraged to be as nasty as possible and not to spare the feelings of the entrants, so that the viewers can indulge their gladiator style appetites and set the ratings soaring. We all want to see blood spilled now and egos bashed, it seems.

Worst of all, however, is the implacability of the self-styled Irish intelligentsia who hover like vultures when they sense that someone in the public eye is showing signs of vulnerability.

It was alright when they were confined to their ivory towers, but now they’ve infiltrated the media, and everyone who dares to make a contribution to public debate is at their mercy.

Their smugness is extremely irritating, but now, their growing intolerance of those who don’t live up to their clichéd notions of erudition, has become quite alarming. No-one can afford to put a step wrong.

Let me give you one example. Last week, I tuned in to the first ‘Scannal’ programme of 2017, expecting - as the RTE blurb promised - to be reminded of some ‘infamous scandal’ that rocked the nation back in the days when a scandal was a scandal. I don’t even like ‘Scannal’ usually, because half of it is presented in the Irish language and trying to keep up with the sub-titles, while burdened by a cataract in one eye, is no joke. I have to concentrate particularly hard or the scandal just goes over my head.

This particular programme of the latest series recalled the interview by Marian Finucane of the hapless former FF Minister, Joe Jacob, who was placed in charge of Ireland’s ‘National Emergency Plan’ in the jittery days of 2001,following the 9/11 tragedy. Anyone would think that Joe had commandeered a whole bunker for himself and his family, or made off with all the iodine tablets in the Department of Health the way he was included in the nation’s ‘infamous scandals’.

All the man did was to fail to articulate with suitable authority and in a way that didn’t make us all feel like twits, a pretty inane plan obviously put together by gobbledegook fanatics in his department.

No-one, as far as I can remember, found it particularly noteworthy at the time – until the iodine tablets arrived in the post - apart from a few housewives who contacted RTE saying that their children had been terrified by what Joe said. Why those kids weren’t at school dealing with reality, I don’t know.

Granted some of us at the time, thought it was funny, but isn’t that the way we treat all emergencies. When they built a nuclear bunker under the old town hall in Limerick back in the even more jittery 1980’s, I thought it was hilarious myself – until I discovered that the bunker was only for the use of the city manager and his top officials who would direct operations from underground advising the rest of us on how to survive over ground.

The famous ‘Emergency’ during World War II, when we were preparing for an invasion while stoutly asserting our neutrality, is still a source of great mirth to historians. We went to ridiculous lengths to protect ourselves and our economy, but we left the lights on all over the country, in case any would be invaders might miss us.

Fast forward then to the age of intolerance, and Joe Jacobs, long after the event, finds himself being pilloried by the new intelligentsia, who were appalled, especially when he mixed up the words ‘nuclear’ and ‘neutral’ which, let’s face it, could happen to a bishop on RTE in those days.

Sheltering, in the event of nuclear fallout, was imperative, Joe told Marian, and everyone pictured listening to the play back, sniggered, rolled their eyes up to heaven and discourteously dismissed his suggestions. Then it turned out that there was a plan and that taking cover was a priority, which was more or less what Joe had advised, but which apparently sounded more re-assuring coming from a scientist.

Nobody deserves to be treated in such a nasty and disparaging way, years after the event, and especially by people who believe that they themselves are perfect in every way. That was the real scannal, as far as I could see.

In the meantime maybe we could do something to reverse this vicious new trait in the Irish character and prevent ourselves from being so judgemental of others.

At the end of the day, none of us is perfect, and a bit of humility wouldn’t go astray, especially now, when we have a whole generation of snowflakes about to launch themselves on a harsh and unfeeling world.