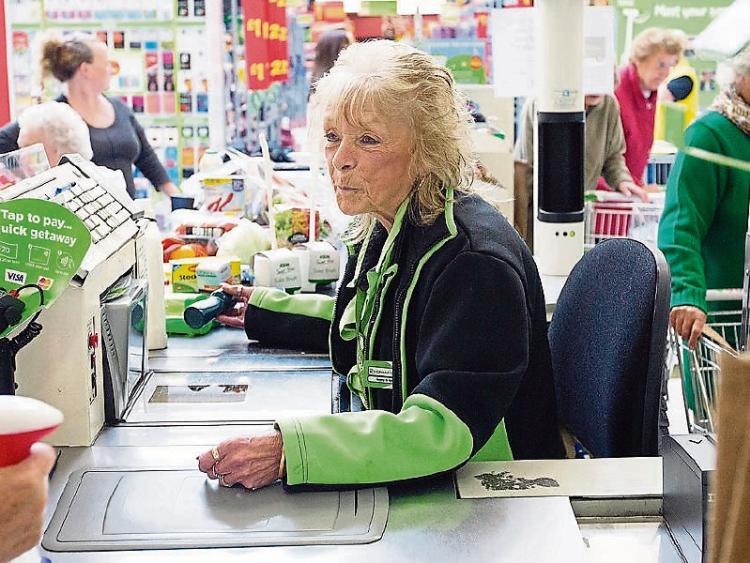 THE New Year has opened with a lot of talk about pensions, including the prospect of new legislation which will enable workers to stay on in the job until they drop. That’s all very well, but I know some people who still have 40 years to go to the current retirement age and they look as if they’re about to drop already.

Retirement at 66 isn’t for everyone, granted. Some employees need to keep working for financial reasons or to boost their self-confidence and keep the wrinkles at bay. Others can’t bear the thoughts of being dispensable and genuinely believe that if they step off the roller coaster any time soon, the whole world will go to pot.

The majority, however, get very tired after four decades on the treadmill and want to wind down. So if there isn’t going to be a compulsory retirement age in future, then there shouldn’t be any compulsion or pressure to stay on either. Throwing in the towel or staying on should be entirely voluntary and I’m not even sure if incentives are a good thing either way.

On the other hand, if we don’t have a compulsory retirement age, some workers could get institutionalised, and the rest of us – who couldn’t wait to call it a day a few years back - will be looking for compensation for our lost years of productivity. If my actuarial instincts are correct, I’ll be owed a fortune by the time I’m as old as Donald Trump!

There is also talk of putting the value of public pensions on the table for all future discussions on pay. This, I suggest, is contrary to the principles of the social contract. People should be paid for their labour and not according to their pension provisions. Public servants can’t be penalised now because private enterprise has either failed or couldn’t be bothered to provide adequate pension cover for its workforce.

Nobody would envy a lower paid public worker his or her paltry salary, but the size of their pension pots is driving the private sector to distraction and the Government, it seems, is more than eager to exploit the politics of envy. A pension pot, when you’re a young guard or teacher struggling to put a roof over your head, is a bit like the pot of gold at the end of the rainbow - re-assuring but utterly elusive, and useless as far as getting a mortgage is concerned.

I remember being giddy with excitement, not to talk of delusions of grandeur, when I first heard the size of my own pension pot. But I also remember what a let-down it was to learn that I couldn’t get my hands on it then, or ever. It would secure me a pension, in time, but I could forget about the pot. It wasn’t even tangible. The trouble is I can’t forget it because nobody has ever been able to tell me what happens to what’s left in the pot when I’m gone.

I was very lucky though. Some of my younger colleagues lost their pots of gold altogether, while mine at least is still functioning. Nevertheless, I can’t help feeling a bit short-changed, because, back then, I would have been much happier with a small pay rise than a big pension pot I couldn’t even touch.

Tomorrow, however, is the feast of the Epiphany, January 6, when I should be able to put my feet up for ‘women’s Christmas’ and be mollycoddled by my family after the rigours of the past two weeks. Hopes of a temporary retirement, however, are fading fast. A particularly virulent strain of man flu has hit the household and I may yet have to dismantle the over-sized Christmas tree all by myself on Friday evening.

The Epiphany however is a date that should be marked by all pensioners because January 6, 1839 was the night of the ‘Big Wind and that’s when our hang-up with the pension first began.

It was a night that became etched on the Irish psyche every bit as clearly as the Famine and 1916 were later to become. It was the night when an unusually calm and pleasant day gave way to a howling hurricane that swept over the land leaving at least 300 people dead and thousands of others homeless. Sixteen people were killed in Limerick that night alone. In the city, the houses at Arthur’s Quay were reported to have been ‘rocking like cradles’ as families fled in terror; fish were blown out of lakes; bogs moved all over the country; the Atlantic came in over the cliffs of Moher and out in Bruff one survivor said it was like two invisible armies fighting each other all night long with lumps of masonry.

It was the most catastrophic storm to hit the country in 500 years. Naturally everyone thought that the world was ending. But the world didn’t end that night and believe it or not, that date, January 6, 1839 later became the qualifying date for the first state pensions ever introduced in this country in 1909 by the then Westminster Parliament.

Since birth records were so sparse, particularly in rural Ireland, eligibility for the new pension was determined by whether or not an applicant had been alive on the night of the Big Wind – exactly 70 years earlier. The whole country aged overnight in 1909. “I thought I was 60,” one Limerick man is reported to have said later. “But somebody told me I was surely 70, so I applied for the pension and got it.”

The strange thing is, we’ve been a bit ambivalent about the pension ever since.