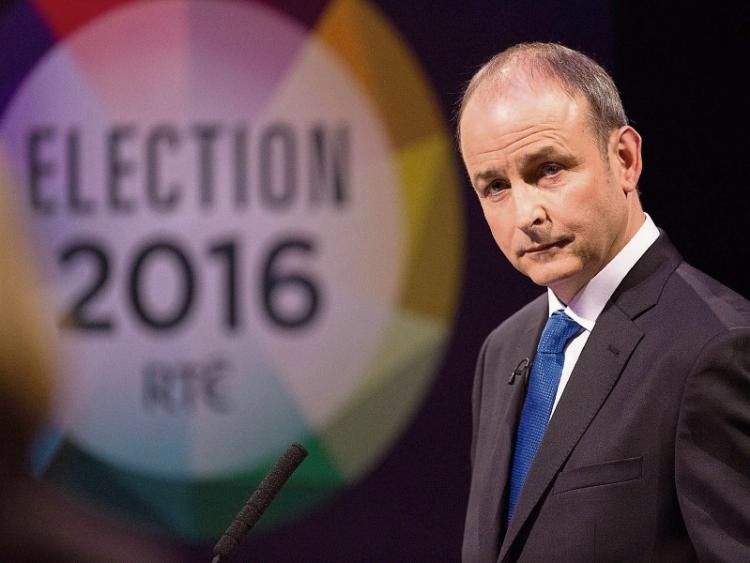 Just as I suspected! It’s in the genes. Not just the fat that I wrote about last week, but our

Our genes are more interesting than I thought, and from now on I’m to be known as Padraigin Ni Fhicheallaigh, if you don’t mind. But how am I going to fit that signature on a form or a lottery scratch card?

Anyhow, it now appears that the current prolonged labour and interminable struggle to give birth to a new government – although all that may have changed by the time this appears - is due to genetic factors and has little to do with the bloody civil war about which we’d all rather forget. To be more precise, the clue is in our surnames and Micheál is absolutely correct. Comparing our current predicament to the civil war is ‘superficial and dismissive’. But that’s the media for you!

It seems that those of us who voted for - or were championing - a grand alliance between the two main parties in this country and an end to civil war politics, were nothing short of daft. Never the twain shall meet. They’re culturally incompatible, according to the academics. It would be worse than marrying outside the caste if they joined up.

But why didn’t they tell us that before we went to the polling booth, ignorantly thinking they were all the same, apart from the water charges? But hold on a minute. I’m not really convinced by the methodology of the academics.

A fat lot I know about methodology, you might say, or politics either for that matter, but the minute I heard that Gaelic surnames had been used to explain the cultural difference between Fine Gael and Fianna Fail, I threw my hands in the air and shouted ‘bunkum’ - just like Henry Ford all those years ago. At the end of the day, the bottom line is that we’re all descended from Niall of the Nine Hostages, although I don’t suppose for one minute that this lineage is anything to be bragging about either.

The academics concerned, a geneticist and a university head of public policy, investigating the differences between FF and FG, have come to the conclusion that our surnames hold the key to our politics and the reason why FG and FF can never coalesce. One has more Gaelic surnames among its all time Dail representation than the other apparently, but I hope they’re not including Cathal Brugha in that list because I haven’t been able to find a Burgess anywhere in Gaelic mythology. But what a superficial excuse for not being able to form a stable Government!

Anyway, I beg to differ. My husband and I represent each of the parties concerned and we have Gaelic and non Gaelic surnames. If the academics are correct I should be a roaring FFer, being a descendant of the sept of Corca Laidhe of the ancient Eireancht, and he should be a blueshirt, but actually it’s the other way around. Either way, though, we’ve been together for 37 years without going to war or pulling the plug on each other, so I think Fianna Fail and Fine Gael don’t really have anything to fear from genetics, apart from the odd clash of opinion. He, bearing the proud name of Kent, has one up on me, however, when it comes to nationalist pedigree. Two Kents were executed in 1916 and there wasn’t a Feehily in sight – apart from a first cousin of my grandfather, who, I was told last week, was staying at a hotel in Dublin after coming back from the Fairyhouse Races, when a bullet smashed through his room window. I really hope he did the sensible thing and got under the bed as quickly as possible.

Apart from all that, it’s not in the least edifying to be introducing the concept of pedigree into politics. We have enough divisions in society at the moment without creating imaginary or speculative ones, or reviving old snobberies about our former glories. If there is anything that we have inherited from our tribal ancestors it is our propensity to be Kings in Opposition with huge territorial hang-ups. Everything else is well diluted by now.

Nobody would even dream of defining a ‘true Irishman or Irishwoman’ by genetics anymore, so why should one’s surname, Gaelic or otherwise, influence or determine one’s politics or culture? A lot has changed since the late Denis Johnston, the playwright, started a conversation over 40 years ago aimed at finding the Irish identity, which he suggested, had yet to be discovered. By the looks of things, we’re still in that process, still trying to define ourselves. Meanwhile, in the interests of compatibility, maybe Fine Gael should change its name from the Tribe of the Gael and Fianna Fail from the Soldiers of Destiny, and both parties should try and come up with titles that reflect our more pressing but less tribal realities.