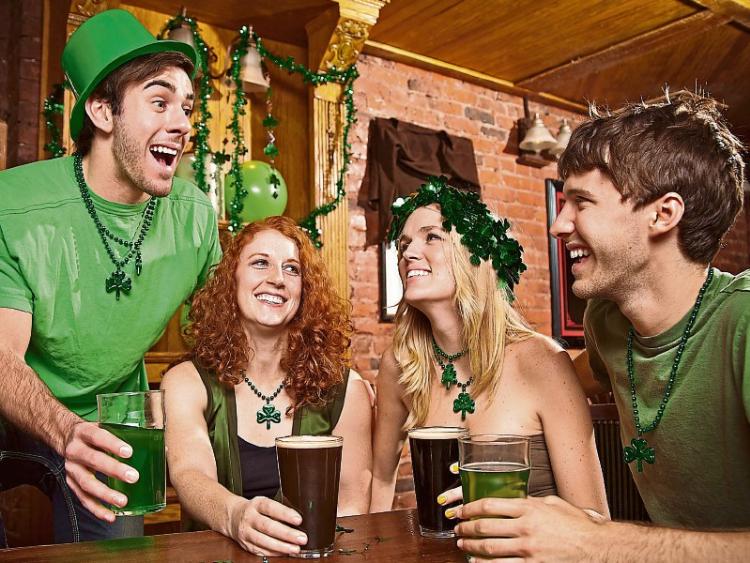 TODAY is St Patrick’s Day, the feast day of our patron saint. It is also my birthday, but at this stage of my life, the least said about that the better.

Being born on St Patrick’s Day - albeit at ten minutes to midnight towards the end of the worst snowstorm of the last century – not only gave me a certain affinity with the patron saint, but it also gave me a real feeling of superiority when it came to patriotism and the wearing of the green. It also more or less ensured that I would be named after the country’s most important saint.

For a long time, I thought I was blessed, but I also thought that the national holiday was really about me and that St Patrick was just coincidental. We didn’t have birthday parties or bouncy castles then, but my mother always bought me a premature Easter egg, and an old gentleman who lived near us never missed a St Patrick’s Day without giving me a present of an orange. Needless to say, I was less than impressed and had to be forced by a glare from my mother to muster from the depths of my being some tincture of graciousness.

Even then, though, it was a day for making statements, as loud and as brash as you could make them.

When school friends wore green ribbons in their hair and cardboard harps in their lapels, I flaunted in one lapel, an enormous green and gold brooch that came from America, and in the other, a clump of shamrock so big and profuse that in today’s currency it would probably qualify for an EU Single Payment. My best friend, who had been eyeing it suspiciously all through Mass, finally went for the jugular and just before the final blessing was intoned in Latin, whispered viciously in my ear – “That’s only a bunch of clover”.

I’ve had an ambivalent attitude to St Patrick’s Day ever since. Apart altogether from the mounting years on the calendar, I cringe at the fake patriotism and I deplore the way the day has long since descended into a mindless, alcohol fuelled revelry under the guise of ‘drowning the shamrock’. I’m all for alcohol fuelled revelry, so long as it’s not mindless, although the politically correct brigade won’t thank me for saying that.

Only last week for instance did I discover that we don’t even know how to ‘drown the shamrock’, although I always suspected that there had to be more to it than just making a bee-line for the nearest pub the minute the parade had passed by and drinking yourself senseless until closing time in the name of St Patrick.

Actually, the ancient ritual, invented no doubt by the druids, was much more restrained and a lot more civilised than that. It involved placing a sprig of shamrock – not clover now, mind you - at the bottom of a glass, then pouring a small amount of whiskey over it and drinking it off, shamrock and all. If you didn’t have an appetite for shamrock, then you just removed the wet sprig after taking the drink and threw it over your shoulder for good luck.

There was never any debauchery involved in ‘drowning the shamrock’ and by all accounts it was good for the constitution.

Aside from all that, what really worries me now about St Patrick’s Day is how long it can survive as a holy day in this increasingly secularised Ireland. It could turn into the Ides of March before our very eyes. Religious symbols are like a red rag to a bull as far as the extreme elements of the new liberalism are concerned. Everyone is afraid of offending the secularists and as far as I can see they have even put an end to the making of St Brigid’s crosses in primary schools. The crasser among them have already rebranded the day to ‘Paddy’s Day’ and it can only be a matter of time before they start asking how we can reconcile a national holiday called after a saint, in this new inclusive society. I might even have to change my name if that happens.

This year, however, it’s the St Patrick’s Day patriotism that has gone over the top due to the co-incidence of the 1916 centenary celebrations. I don’t know where to turn, or where to look or where to run with all the patriotic fervour that surrounds me this blessed St Patrick’s day.

Having been born on the feast day of the national saint you’d think that I’d be more in tune with the national spirit, but I’m not.

And if I have to listen to one more rendering of the Proclamation or read one more tribute to the gun-toting Countess Markievich, who was described by her contemporary, Sean O’Casey as “a spluttering Catherine-wheel of irresponsibility”, I’ll drown myself with the shamrock.

Mark my words, it’s not a hang-over we’ll all be dying from tomorrow and the day after, but centenary fatigue. And it hasn’t even started yet.