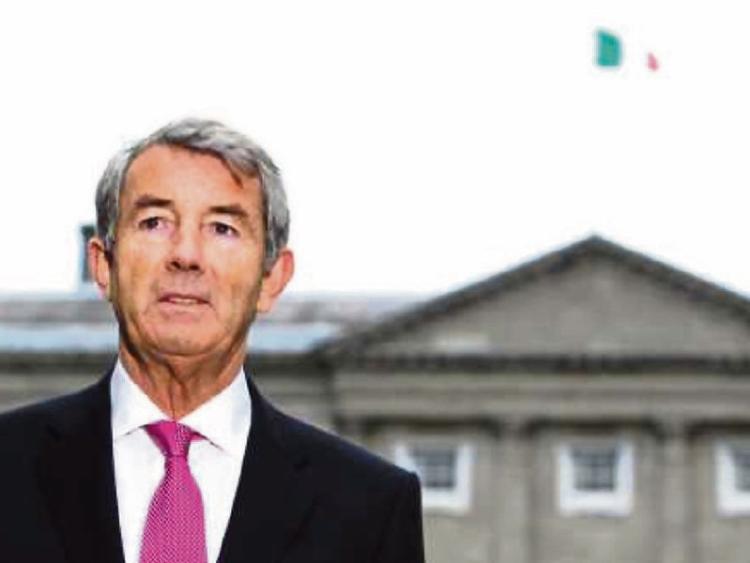 ON Pancake Tuesday, I flipped a pancake, poured my last glass of wine before going on the dry for Lent and raised a toast to the only thing that tickled my fancy at that particular moment – parish pump politics. Long may it endure!

Sadly, however, the parish pump is only an ornament now, yielding nothing but memories and a chance for the local Tidy Towns committee to present a prettified piece of our heritage to the judges. I half expected to find a clump of petunias sprouting from the spout last summer, but thankfully its dignity remains more or less intact.

Now why, you may ask, was I suddenly so taken with parish pump politics? On second thoughts, maybe you shouldn’t even ask. I’m part of that collective curiosity, known among the thinking classes in this pristine democracy, as the Tipperary voter. We vote in our thousands mainly for Michael Lowry, a legitimate candidate in a legitimate election, for whom obviously we have great affection. Some Tipperary people, it has to be said, vote for other candidates too, but that doesn’t prevent the outcome of the election from becoming a source of great angst among the sanctimonious from outside the county. I’d be very surprised if some of us don’t have our brains preserved in formaldehyde so that someone can find out, when we’re gone, what made us tick, or what planet we came from.

There are a myriad reasons why the people of Tipperary support Lowry in such droves, and, while I hate to have to disabuse the self appointed guardians of national morality of the ridiculous notion that we do it just to defy them, I have to tell them that they don’t even come into the equation.

We really don’t care what they think. We take our cue instead from the Young Irelander, Thomas Davis, who once declared: “Where Tipperary leads, Ireland follows.”

At the same time, it is really very tiresome to have people peering at you through a microscope every time a general election comes round. It’s even more tiresome when someone comes up with a groundbreaking analysis of the Tipperary voter as an entity with a complete disregard for the national interest – whatever that is. Apparently, the national interest can go to pot as far as we’re concerned, so long as someone fixes the hole in the road, and so long as nobody tries to divert the whole river Shannon to water the super gardens or power-wash the patios of South County Dublin. We’re a disgrace, by all accounts. But it’s a bit more complex than that.

In truth, we’re not any more parochial than the best of you. And we’re certainly not as provincial as the worst of you, which, believe it or not, is a considerable blessing. “The provincial,” Paddy Kavanagh once said, “has no mind of his own; he does not trust what his eyes see until he has heard what the metropolis – towards which his eyes are always turned – has to say on any subject.” You could hardly call us provincials then, could you?

I’ve said all this before and I’ve been accused many times of being an apologist for Michael Lowry. Now let me categorically say this once and for all. I am not an apologist for anyone and even if I did feel that there was something to apologise for, I would much prefer to be an apologist for Michael Lowry than for a so called ‘good republican’ like Slab Murphy. Nevertheless, I wouldn’t dream of questioning how the people of Louth, for example, or of Limerick city for that matter, decide to mark their ballot papers. That is their prerogative and nobody else’s.

But it does suggest, however, that there are varying degrees of tolerance for different kinds of corruption in this righteous little realm, and the alarming thing is that fiscal impropriety, whether proven in a court of law or not, evokes far more opprobrium now than any haunted memories of past atrocities against fellow human beings. The moral high ground is always shifting, of course, not just from generation to generation, but every few years at this stage, and the best any of us can do is to examine our consciences before casting any more stones, and maybe be a bit less judgemental.

If that fails, then social media, that great barometer of public opinion and moral outrage, has some charming suggestions on how to deal with us so called recalcitrant Tipperary voters who support Lowry. Most of those suggestions would make a terrorist blush; the rest of them are just illegible. One enlightened contributor, for instance, is fervently hoping that a huge meteor will strike Tipperary before polling day and take us all out.

So here’s to parish pump politics then, before I shrive myself for Lent. Whatever you may think of pot-hole fixing, at least it transcends all that vitriolic sanctimony.