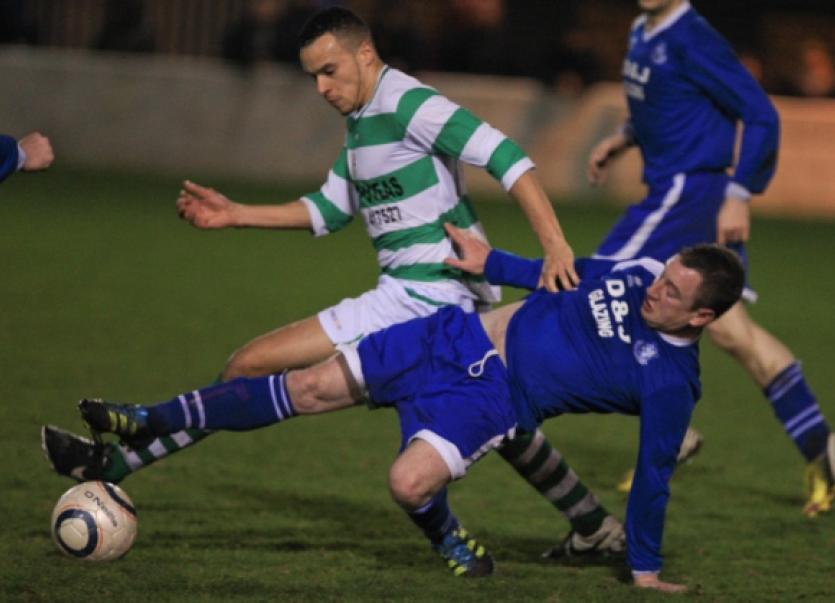 Limerick’s hopes of winning back the FAI Junior Cup this season will be much clearer after the weekend when Limerick’s three remaining participants are in quarter final action.

Ballynanty Rvs and Carew Park are favoured with home advantage but Geraldines must travel to take on current champions and hot favourites Sheriff YC.

Sheriff YC, who lead the AUL League by a point from Kilbarrack, had to beat Mellowes BDS, Huntstown FC, Buncrana, O’Devany/Dunard, Freshford Town and Westport Utd to reach this stage of the competition and will be keen to hold onto their title.

We saw at close hand some of the Sheriff players during the Quadrangular tournament a few months back and ‘Dines will have to deal with the best midfielder in the country in Darren Dunne.

However a team is a sum of its parts and while the Dubliners have some outstanding individuals, Geraldines have a team spirit and work ethic that should give them no fear heading to the Capital.

Geraldines accounted for Northside, Cappamore, Summerville, Valley Park Utd, Fairview FC and East Wall along the way and are well capable of causing an upset.

Carew Park welcome Tipperary giants St Michaels to their ground for what should be a cracking tie.

Carew will be disappointed to have lost last weekend and while not the ideal preparation it gives the side a chance to iron out any problems they may have.

They face a star studded Saints side with three of Irelands back four geared to face the home side.

James Walsh may have announced his International retirement but he is still a class act and with Irish Junior player of the year Paul Breen partnering him life for Jonathon Grant & Co will not be easy.

Limerick sides have had success against the Saints over the last few years and Carew Park are capable of continuing that trend.

That said this will be their toughest test to date and they need some of their big players to step up with big performances.

The Dublin side who have already beaten Columbas Rovers, Colepark FC, College Corths, Grange Utd and Blarney St Ath ply their trade in the Major Div 1 Leinster Senior League, which equates to Div 1A in Limerick. They currently hold third place and are rank outsiders according to bookmakers.

Balla should take nothing for granted however. At this stage of a tournament form stands for nothing and the Dubliners would like nothing better than to upset the form book.

Balla have already defeated Kennedy Park, Charleville, Southend, Hill Celtic, Glengoole, Maynooth and Carrick and have been in fine form despite defeat in their last two outings.

In both games, against Janesboro in the Munster Junior Cup and in last weekend Tuohy Cup final against Pike Rvs, it was a late goal that sealed their fate.

Damian Conway and Garret Ryan will work on any kinks before the weekend and they will be well up for kick off.

The bookmakers suggest one of the three Limerick sides should make it through but it would be a brave man who would bet against any of them.

The big game in the Premier League sees Janesboro take on leaders Pike Rovers and anything but a victory for the home side should finally put their challenge to rest.

However should they inflict a first defeat on Pike, they will be just seven points behind with a game in hand on the leaders.

Corbally Utd host Summerville in the other Premier tie.