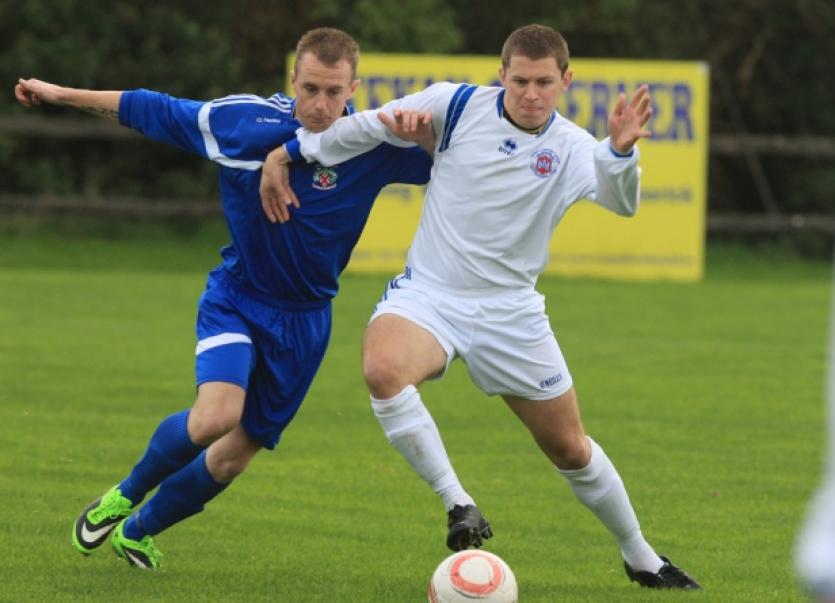 The quest for the FAI Junior Cup continues apace and on Sunday afternoon 11 of the 12 scheduled third round ties are down for decision.

By the Bookmakers reckoning Pike Rvs are Limerick’s best hope of success this season with odds of 9/2 quoted on the Hoops, only holders Sheriff YC listed at shorter odds.

Pike are favoured with home advantage when they host Newport in a game they will be expected to win with a bit to spare.

The Co Tipperary side have been struggling to find their feet in Div 1A and while they have a number of players more than capable of mixing it at a higher level, overall they will find it hard to contain the home side.

Pike suffered their first defeat of the season last time out when Ballynanty Rvs knocked them out of the Munster Junior Cup. It was an off day for Pike and it remains to be seen how they respond to the result.

With John Tierney back to full fitness the home side should progress comfortably.

At least three top flight sides will bite the bullet in this round as they face fellow Premier clubs.

On Saturday evening Aisling Annacotty welcome Carew Park to Annacotty. The sides have not already met this season so Carew go into the tie rather blind.

Aisling have been promising in quite a few of their games but when faced with one of the bigger clubs they tend to be overawed.

Carew Park as Premier champions will be favourites and form suggests they will be good enough but Aisling have at least one surprise result in their armour so the visitors would be well advised to treat the game with all seriousness.

Wembley Rovers are without a win in the League to date and will give no thanks having to meet Janesboro on Sunday.

In their last eight games Janesboro have chalked up a whopping 51 goals, an average of over six per game. Striker Shane Clarke bagged 21 of this goals along with a hat trick for the Oscar Traynor side last weekend.

Wembley put up a good show against Boro in the Tuohy Cup in recent weeks until eventually succumbing to a 5-1 defeat. Again it is hard to see how to halt a Boro attack that even if Clarke is subdued, have Brendan Hourigan, Shane Guerin, Declan Nash and Colm Hyland to cope with.

Regional Utd take on Fairview Rgs in a repeat of the competitions semi final of 2010.

Fairview’s star has fallen somewhat as they attempt to rebuild the side.

Concentrating on much of their youth side from the last couple of seasons, they will be short of experience at this level but will not be found wanting for effort.

Regional on the other hand have a vastly experienced side and their only defeat since August was a 2-0 defeat by Pike Rvs.

The Dooradoyle seem to enjoy extended runs in the big Cup competitions and home advantage just might assist them to the next phase.

Summerville have been in good form of late and a cup draw against a Div 3B side should be greeted with satisfaction. However Croom are a much better side than their Div 3B tag suggests. Home advanatgae will also bring the fans out and they could make life difficult for Rovers.

Having said that, Summerville are showing a grittiness this season that should stand to them on Sunday.

Ballynanty Rovers showed against Pike Rvs in the MFA Cup that on their day they can beat the best. The Blues downfall is maintaining that form consistently.

Sunday’s opponents Southend Utd have e been in flying form in Div 2B and will treat Sundays game as a bonus. Old favourite Declan Considine is lining out with Southends these days and is sure to get a warm welcome from the home side.

Kilmallock take on Granville Rangers in a game that could go either way. The home side are in fine form in Div 1A while Granville have been having a rough time in the top flight.

With nothing to lose the pressure is off Kilmallock but John O’Neill’s men are better than current results suggest.

The remaining FAI ties see Herbertstown at home to Hill Celtic while Div 1A sides Hospital and Mungret Regional cross swords in Hospital.

On Saturday afternoon Limerick begin their quest for glory in the Inter County Youth tournament.

Under the watchful eyes of management team Sean Barrett and Eddie Storan, hopes are high of a prolonged run in the competition.

The Combined Counties are Limerick’s first hurdle with a 2pm kick off in Tullamore.