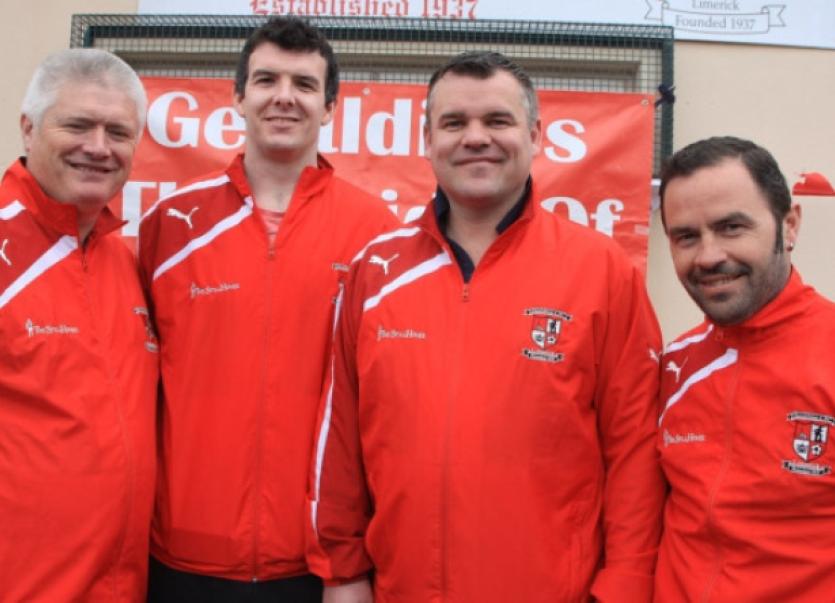 Hopes are high locally that Geraldines can close a 35 year gap since the trophy rested with the Candy stripes.

They face a huge hurdle meeting one of the best sides in the country presently in St Michaels.

Ironically the Saints are managed by Limerick man Jason Purcell who not only played with the Dines but his late Grandmother Dolly was a life president of the club.

Another star in the Saints line up is Brian Buckley who also started his career with the Garryowen club. Stewart Fitzgerald and Mike Ryan make up a quartet of former Fairview players in the Tipperary set up.

There is great credit due to this Geraldines side under Paul O’Donnell. Along with Mike Considine and Derek Hogan they have built a side from the ashes to one of the best in the local Leagues this season.

They play with a flair and confidence drilled into them by the management team.

The front runners Colin Scanlon and Pat Moloney are a match for any side and while they are up against a good defence they are capable of breaking through.

Wide man Colin Daly is a match winner and along with Christy O’Neill and Bobby Tier will be the main suppliers to the front men.

At the heart of the defence Paul Danagher has taken to the Captains role with ease and his partnership with Ian Storan has looked rock solid.

We are all aware of the talent available to the Saints. In James Walsh they possess one of the best Junior players ever to have played the game. Alongside him is Junior player of the year Paul Breen along with Internationals Chris Higgins, Jimmy Carr and Brian Buckley.

However all the plaudits will mean nothing come kick off when Geraldines need to treat the game as they would against any other opposition.

Standing off the Saints or admiring them will cost Geraldines dearly and they need to make life as uncomfortable as possible for the visitors. ‘Dines strength has been the pace at which they play the game and that could well stand to them on this occasion. Paul O’Donnell will be well aware of the threat posed by the opposition at set pieces and will have made plans accordingly.

With a huge crowd expected to cheer on the Hoops it should be a memorable occasion and hopefully a successful one for the Limerick side.

‘DINES path to the final