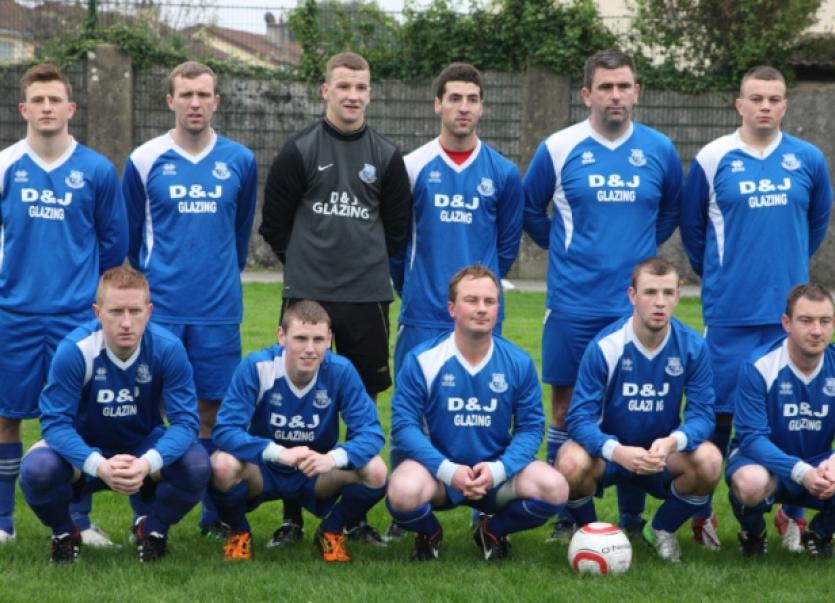 The big shock of the weekend was the defeat of holders Pike Rovers in the Munster Junior Cup as they fell 3-1 to Ballynanty Rovers in Shelbourne Park.

The big shock of the weekend was the defeat of holders Pike Rovers in the Munster Junior Cup as they fell 3-1 to Ballynanty Rovers in Shelbourne Park.

While few saw a Pike defeat on the cards, the home side proved full value for their success as they showed more commitment and determination than their rivals.

Pike looked distinctively off the pace and could have few complaints at the end of the 90 minutes.

Balla took the lead after 15 minutes with a superb goal. Brian Doran played a neat through ball for Ronan Ryan to race past the Pike defence to fire past Gary Neville in the Pike goal. The home side doubled their lead on 40 minutes when Alex Purcell pounced on sloppy defending and delivered across the area for Derek O’Hanlon to put the finishing touch.

The half finished with sparks with both teams finishing the half with ten players.

It was Balla who started the second half brightest and increased lead before the hour mark when Derek O’Hanlon was tripped in the box and from the resultant spot kick David Dunphy blasted home.

Balla’s reward is a 3rd round bout with Herbertstown with the winners going into the hat for the open stages of the provincial competition.

The diminutive winger had Pike Rvs in all sorts of bother every time he got possession.

Hus alertness created the crucial second goal for his side.