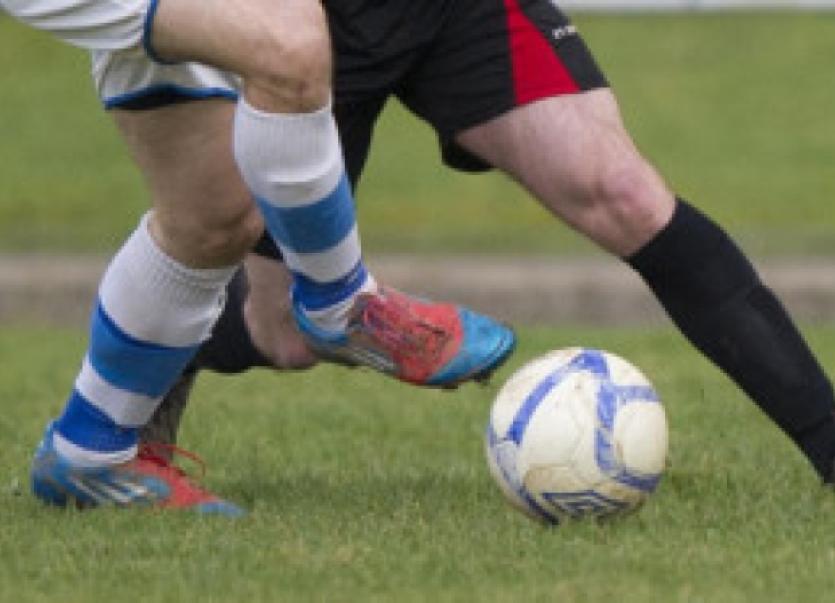 Pat Sheehan rounds up all the weekend action in the LDMC.

Pat Sheehan rounds up all the weekend action in the LDMC.

Pike Rvs became the first team to reach a cup final in 2013/14 when they accounted for Regional Utd 4-2 in the semi final of the Premier League’s Tuohy Cup on Thursday evening at Jackman Park.

The Hoops had their young guns to thank for a fine victory over Regional Utd XI who would have fancied their chances at kick off.

Pike had to field without a host of their regular starting XI but manager Mike Shields need not have worried as the players who took the field showed how capable they are.

Despite going behind to an early Kieran O’Connell goal, Pike kept their cool and with Jason Mullins bossing the midfield put Regional on the back foot.

Regional will be licking their wounds after the result. Taking an early lead put them in a great position to reach the decider but seemed to lack the self belief to take it forward.

Within ten minutes of taking the lead they had all eleven players back defending a Pike corner when you felt at least a couple would be deployed further up the field awaiting a breakaway.

The loss of Ken Nealon early in the game did not help their cause and while they showed more determination after the break, in truth Pike keeper Gary Neville was not overworked.

Kieran O’Connell was their biggest threat as witnessed by his two goals while further back the field David Cowpar, Rob Shier and Brian O’Callaghan tried very hard.

Pike had heroes all over the park particularly their front three of Collins, Okoro and Healy who had Regional chasing shadows at times.

In the middle of the park John Tierney obviously carrying an injury oozed class when in possession.

Jason Mullins was an inspiration while stand in centre backs Gavin O’Shea and John Boyle took to the task with ease.

Pike nearly claimed first blood when Reece Healy played a lovely through ball for Cian Collins to race through but Rob Shier in the Regional goals was out quick and made a fine save.

Five minutes later Regional broke the deadlock. A good run and delivery into the danger zone by Mike Aherne was not dealt with properly by Pike keeper Gary Neville and when Mike Behan picked up a poor clearance he crossed for the unmarked Kieran O’Connell to blast a volley low to the bottom corner.

Another long range effort from O’Connell was not too far off target while at the other end Okoro crossed into the area where Reece Healy lost his marker but headed straight at Shier who saved smartly.

Pike were back on level terms midway through the half when Mullins spread the ball wide to Collins and his delivery found Okoro who was denied by a superb save from Shier but the rebound fell kindly for the striker and with back to goal be heeled the ball to the net from six yards.

Shortly after Jason Mullins went close with a long range effort and with the half coming to a close, Andy Cowpar latched onto a stray pass from John Boyle but his first time effort was deflected for a fruitless corner kick.

Regional improved after the restart and an early cross from Mike Reidy fell to O’Connell who blasted inches over.

Minutes later Jack Molyneaux fed Shane O’Doherty who skinned his marker to cross for Behan who headed just over.

Gary Neville was in the right place to block a headed from O’Connell and the same player was very unlucky when his well timed run saw him get in behind the defence and round the keeper but the upright kept his effort out.

With the game evenly poised Jason Mullins played a hopeful ball into Okoro who, despite being surrounded by defenders, poked the ball into the top corner to give Pike the advantage.

Within a minute it was 3-1 when Mullins again provided and Cian Collins showed great skill to lift the ball over the advancing Shier .

John Tierney was denied a spectacular goal when his 25 yard volley crashed off the crossbar before being whipped to safety.

Pike were not to be denied however and Healy got the goal his efforts deserved when he waltzed past two defenders to blast in number four.

To their credit Regional kept plugging away and got scant reward when O’Connell tapped in his second near the end.

Luckily for Regional they have shown they are well capable of bouncing back. This was their first defeat in 13 games and with some very important games coming up in the next couple of weeks, they will have ironed out any difficulties by then.

The biggest headache facing the Pike boss is how he leaves any of these players out of his starting line up for the final against the winners of the Ballynanty Rvs and Summerville Rvs semi final.

Carew Park were in devastating form as they hit Corbally Utd for eight goals at UL on Saturday evening.

Mark McGrath claimed a hat trick and John Connery completed the scoring for the Champions who now trail the leaders by nine points. Ian Dunworth hit a consolation goal for Corbally.