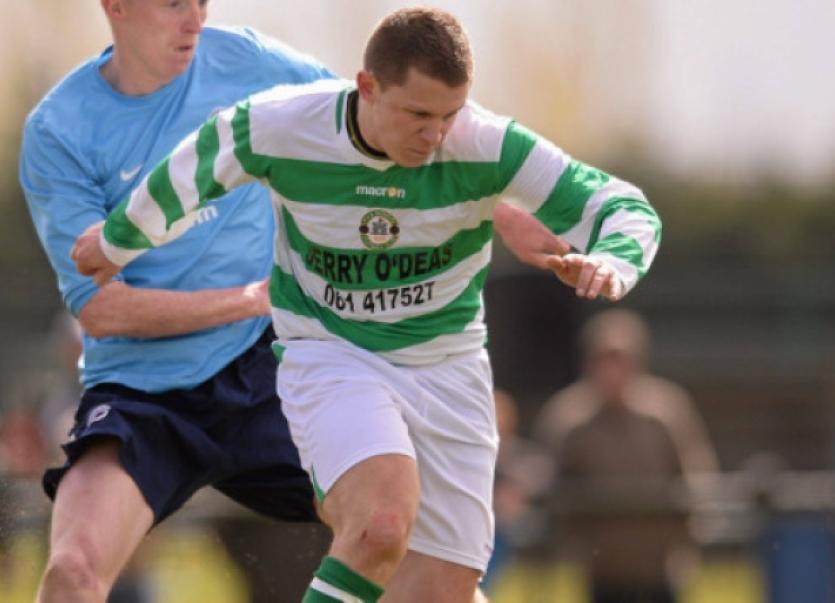 LIMERICK District League are in Oscar Traynor action on Saturday evening when they host their Wexford counterparts in Jackman Park vying for a place in the last four of the coveted trophy.

LIMERICK District League are in Oscar Traynor action on Saturday evening when they host their Wexford counterparts in Jackman Park vying for a place in the last four of the coveted trophy.

Aidan Ryan has been keeping his panel ticking over despite not playing a game in the competition since December of last year.

He must plan for Saturday’s encounter in the knowledge that he could be without a number of key personnel for the clash.

That said the Manger is confident that he has the players to step in and is hopeful of a place in the last four.

However with no fewer than 12 of the Wexford squad for Wexford Youth players the task at hand is a difficult one.

The opposition came through a very tough group with some impressive results along the way.

A 2-1 win over Waterford was followed up with a 4-0 win over Kilkenny. A similar result against South Tipp saw them top the group.

When Mayo failed to show up for a last 16 clash, Wexford moved into the quarter finals.

Limerick began their quest with a home win over the Clare DL winning 2-0 with scores from Shane Clarke and Jonathon Grant.

A trip to Roscommon DL followed when goals from Jonathon Grant (2), Shane Waters and Shane Clarke put them top of the table.

A 4-2 win over Galway ensured top spot in the group. Shane Clarke (2), Pat McGarry and Shane Waters were the Goalscorers on that occasion. Limerick received a bye in the last 16

With Shane Clarke and Jonathan Grant sure to take the striking roles, Limerick have a potent threat with the duo so far netting 94 goals between them this season.

The side is sure to include a big contingent of Pike and Carew Park players who will be keen to get last weeks disappointment out of their system.

With the perfect mix of youth and experience Limerick should be good enough to keep the flag flying for the District League.

With a 7pm kick off on Saturday evening, a good crowd is expected to cheers the side on.

On Sunday Newport will be promoted if they defeat Corbally Utd while Knockainey will be looking for full points at Boro just in case.

The Div 2B E Ray Cup Final takes place at noon on Monday with Lisnagry and St Pauls promising plenty of goals.

There are two Premier games on Monday with the top two looking to get over the line.

Carew Park will not fear the surface in Annacotty in their clash with Aisling. A victory here will leave them four wins away from their first Premier trophy.

Current holders Pike visit Corbally Utd also in the knowledge that victory in their final games will see them retain the title.