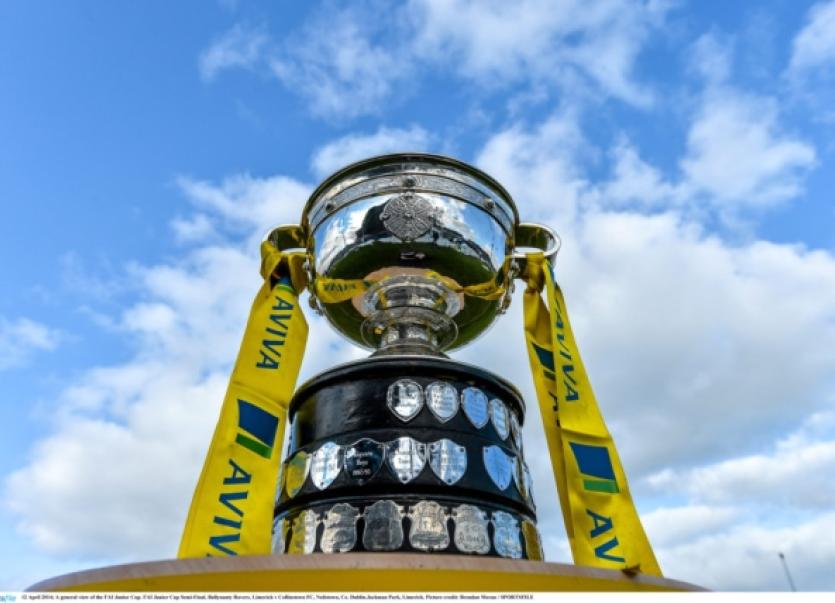 Ballynanty Rvs carry the hopes of all Limerick Soccer fans to the Aviva Stadium on Sunday when they take on the mighty St Michaels in the FAI Junior Cup final.

Ballynanty Rvs carry the hopes of all Limerick Soccer fans to the Aviva Stadium on Sunday when they take on the mighty St Michaels in the FAI Junior Cup final.

It is the third time the Blues will contest the decider and hopes are high it is third time lucky for Damian Conway’s men.

When Balla suffered a 5-1 defeat to new boys Summerville Rvs in their opening League game few would have seen them in the National decider at the far end of the season.

To their credit they went from strength to strength as the season progressed and fully deserve their spot in the show piece match of the season.

Their opponents on Sunday, St Michaels are no strangers. They have played Limerick opposition on four occasions already this season. In the MFA Cup they beat Corbally 6-0 and in the semi final they accounted for Janesboro on a 2-1 scoreline before beating Geraldines in a close fought encounter in the final.

They also beat Carew Park in the quarter final of the FAI so they have been well watched by Balla.

Likewise the Saints management team of Jason Purcell and Stewart Fitzgerald are a common sight at recent Ballynanty Rvs games.

It is the Tipperary sides third final in five seasons. Their two previous outings were defeats against Fairview in 2010 and Pike Rvs in 2011.

The bookmakers have installed Saints as strong favourites going into the tie but that will be of little concern to the Blues.

While they can use the underdog tag to their advantage going into the game, behind all the bluff they have to earnestly believe they can win the game.

Geraldines made the mistake in the Munster Final of showing the Tipperary side too much respect until they went a goal down. Once they went on the offensive they had the opposition on the rack.

Granted St Michaels are a superb side with a back line oozing with experience and talent but they looked undecidedly nervy when Eddie Lee was introduced for ‘Dines.

Balla have a couple of players with similar talents and they could give the Limerick side some joy.

It is vital Balla keep their discipline against a side used to playing in big games.

Like many other clubs in town, Balla have their share of players who feel they must challenge every decision of a Referee. To do this in the Aviva with Referees in view of their inspectors will be reckless. Keeping concentration and focus is vital if they are to succeed. With a large crowd travelling from Limerick it is hoped we have something to celebrate on the way home.

Paths to the final