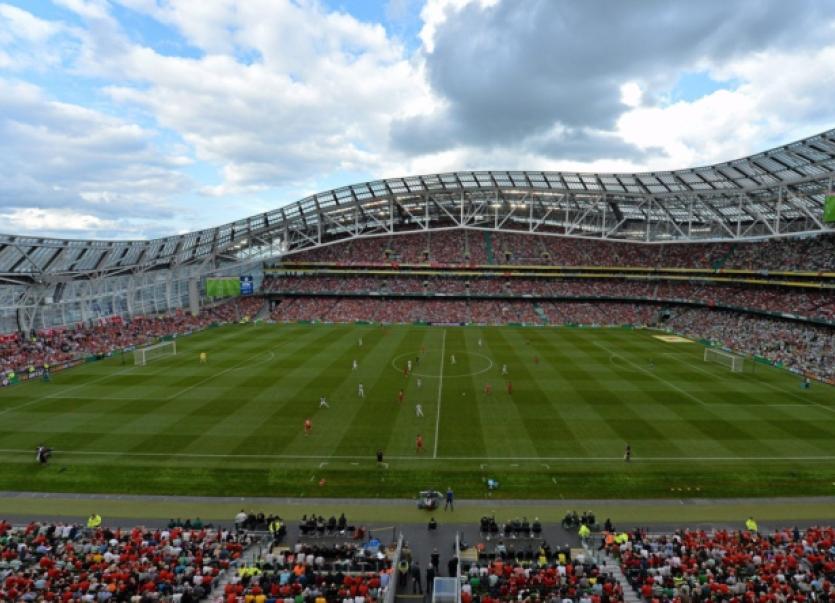 THE three remaining Limerick sides have been kept apart in the quarter-final draw for this season’s FAI Junior Cup.

THE three remaining Limerick sides have been kept apart in the quarter-final draw for this season’s FAI Junior Cup.

Prospects of an all-Limerick final in the largest amateur football competition in Europe remains a distinct possibility after Geraldines, Carew Park and Ballynanty Rovers were drawn in separate quarter-finals.

Geradlines have been drawn away to Cup holders Sheriff YC, while last season’s semi-finalists Carew Park will enjoy home advantage against St Michael’s and Ballynanty Rovers will host Dublin side Liffey Wanderers.

Geraldines advanced to the last eight after beating Dublin AUL side East Wall Bessborough FC 4-2 on penalties after 1-1 draw in trying conditions at the Clontarf Sports Centre. Ballynanty Rovers beat previous FAI Junior Cup winners Carrick United from Waterford 1-0 at Limerick IT and became the second Limerick team to advance to the quarter-finals. Carew Park overcame local rivals Regional FC to book their quarter-final berth. The quarter-final ties in the FAI Junior Cup will be played on the weekend of March 22-23.

The FAI Junior Cup Final is scheduled for Sunday, May 25, in the Aviva Stadium prior to the Republic of Ireland-Turkey senior international. Last year 6,000 fans saw Sheriff YC from Dublin defeat their local rivals Kilbarrack FC in the final. More than 550 teams participate in the FAI Junior Cup each season.