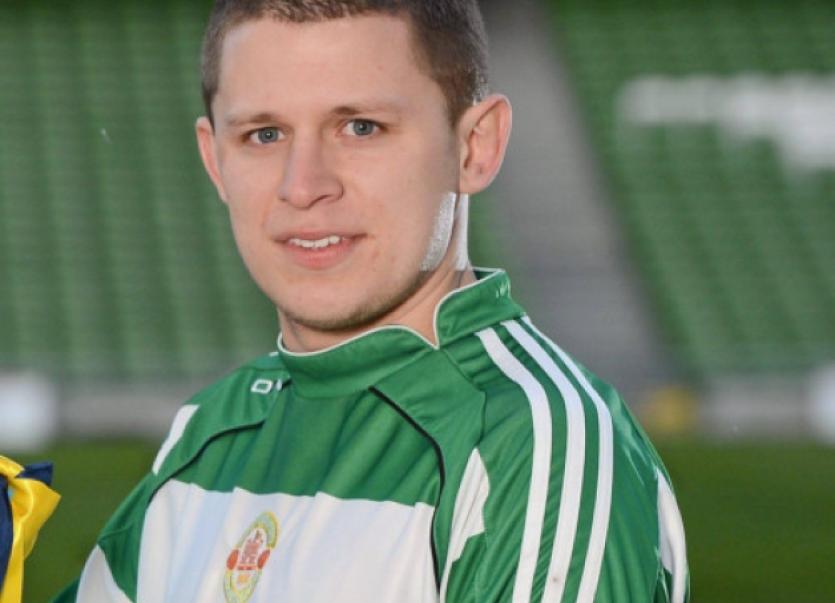 THE Junior Soccer program is racing to conclusion in many of the competitions and the weekend’s fixtures could play a big part in the deciding the resting place of a number trophies for the coming year.

THE Junior Soccer program is racing to conclusion in many of the competitions and the weekend’s fixtures could play a big part in the deciding the resting place of a number trophies for the coming year.

No doubt the highlight of the program is the all-Limerick Munster Junior Cup semi final between old rivals Pike Rvs and Ballynanty Rvs in Jackman Park on Friday evening.

There was huge disappointment at Carew’s defeat last weekend in the first semi final but the two sides taking the field on Friday will be worried only about their fate in what should be a cracking tie.

The sides have met twice already this season with Pike winning narrowly on both occasions. Last season’s Munster Junior also paired the two teams when Pike won a five goal thriller by the odd goal.

On paper Pike will be favourites but Balla’s nice mix of youth and experience are well capable of reaching the final.

Balla will be hoping Tony Fahy hits the type of form that often terrorises defences but he faces a mean Pike rearguard led ably by the experienced Colm Enright.

The Hoops have been starting to click at the right time but are still finding the net a little hard to find. They were well in control of last week’s game versus Regional but needed an own goal ten minutes from time to make sure of the points. Tom Daly and Co. will be hoping that trend continues on Friday.

With a big crowd guaranteed it should prove for a great night’s entertainment. Kick-off is 7pm.

Last weekend was a blow to Carew Park. Having lost in the MFA Cup on Saturday, a day later they watched Pike Rvs overtake them at the top of the Premier League table.

Well they have a chance to return to the top of the table with a couple of league games this week.

On Saturday evening they host Regional Utd, looking for a return to form.

They played well last weekend but failed to get a return. If they produce the same again they should have enough to take the spoils but need to be on guard against a Regional side with one eye still on Lawson Cup success.

The battle for the second Premier League spot looks like going down to the wire with the next instalment on Saturday when Summerville Rvs who hold a two point advantage on Caherdavin take on a difficult Caherconlish XI while Shannon Town host Caherdavin Celtic.

On Sunday morning the Div 3B Ingle Cup Final promises more thrills when Moyross and Granville Rgs do battle at 11.00am in Jackman Park.

These are the two top teams in the Division and after two games this season so far it’s honours even.

The Div 2A Cup Semi Finals throw up interesting games with Geraldines and Cappamore favourites to go through but Castle Rvs and Shelbourne may have something to say about that.

The U-18 League Div Two league race will finish if Caherdavin can take a point from their clash against Cappamore.

If the county side halt Caherdavin’s charge then Celtic would need to pick up a point from their final game with Meanus.