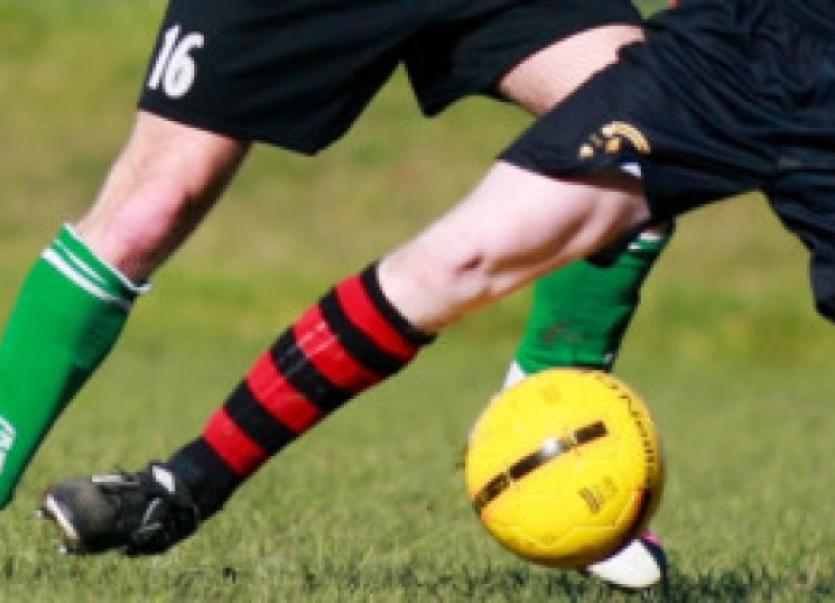 The Munster Junior Cup takes centre stage this weekend with Geraldines looking for their fourth away win in representative competition.

Following victories in Dublin (twice) and Cork, a short trip to Lahinch should be a doddle for Paul O’Donnell’s men.

Sporting Ennistymon ply their trade in the second tier of Clare football but should not be treated lightly as they remain unbeaten to date and will be relishing the chance to lower the colours of a top Limerick side.

Geraldines will be on a high after last weekend’s heroics in Dublin when a penalty shoot out victory over East Wall gave them a place in the quarter finals of the FAI Junior Cup.

A victory on Sunday would put them into the last eight of the provincial tournament and keep the band wagon rolling.

If ‘Dines win on Sunday their opponents in the quarter finals will be the winners of Sunday’s other Munster tie between Kilmallock Utd and Regional Utd.

Kilmallock’s last game was over two months ago when they went down 2-1 to Grange in the FAI Junior Cup. No doubt they will have been keeping themselves trim and eager for game time.

They defeated Carew Park in the earlier round of the Munster Junior so Regional will be wise to be on guard. Regional have six games under their belt since Kilmallock last played with most of them ending positively.

Kilmallock are favoured with home advantage which should nullify Regional’s favouritism. This will be a dog fight with a kick of a ball likely to separate the sides.

The second semi final in the Tuohy Cup takes place tomorrow (Thursday) evening with Summerville Rovers and Ballynanty Rovers battling it out to take on Pike Rovers in the Premier League Divisional Cup final.

Balla are on the crest of a 17-game unbeaten run and their confidence is building game after game. However they will be conscious that in two meetings this season they have just a point to show for their troubles.

In the first game of the season Summerville shocked Balla 5-1 in Shelbourne Park and before Christmas the sides met again and finished 3-3.

It should prove an exciting affair with the winners facing a cup final on St Patrick’s weekend.

In the Premier League Pike Rovers take on Aisling on Saturday night as they race towards another League title. Eleven wins from eleven starts speaks for itself and it’s hard to see Aisling halting the run.

Balla meet Granville and Fairview Rgs take on a pointless Wembley Rvs while Corbally Utd look to recover some pride when they host Janesboro.

The promotion battle in Division 1A has some interesting games on offer. Leaders Mungret Regional take on third placed Caherdavin Celtic in what promises to be a cracking tie. Hoping the leaders slip up are Knockainey who will be fancied to take the points against Shannon Hibs.

Although Kilmallock are mid table they have a number of games in hand that, if won, would put them top of the pile. They face Shannon Town on Sunday. Fourth placed Moyross welcome Caherconlish to their ground.