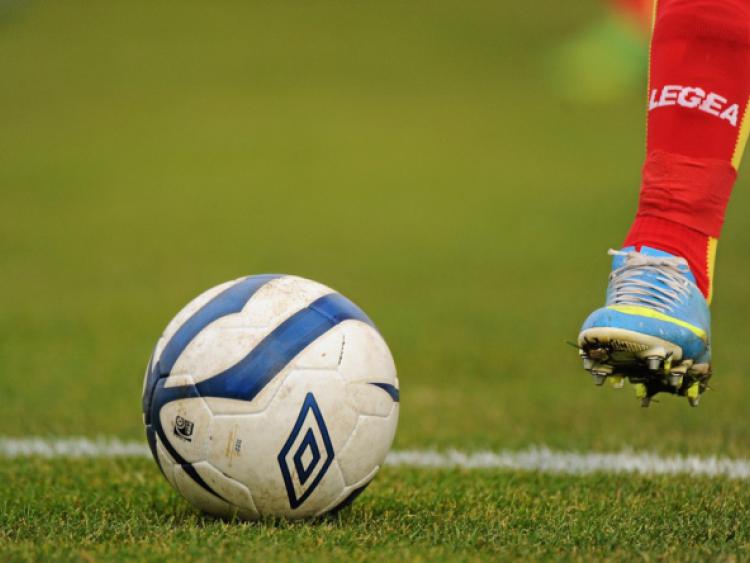 LIMERICK hosts the first of two U-15 schoolboy soccer friendlies tonight Tuesday when the Republic of Ireland face the Netherlands at Janesboro’s Pearse Stadium, 6pm.

LIMERICK hosts the first of two U-15 schoolboy soccer friendlies tonight Tuesday when the Republic of Ireland face the Netherlands at Janesboro’s Pearse Stadium, 6pm.

Colin O’Brien’s Republic of Ireland youngsters will meet their Dutch counterparts at Pike Rovers’ ground at Crossagalla on this Thursday, April 16 at 12pm.

Colin O’Brien said: “Our preparation has gone well since we met up on Saturday evening and the players are all looking forward to a really tough challenge.

“We played the Dutch three times last year at U15s level and did well in two of those games. They play possession football and at an explosive pace which our players need to get used to.

“A good percentage of our players this week were either involved against Scotland in January or the games before Christmas is Poland. We know they’ll experience a high tempo game in both these fixtures and they’ll have to adapt.”

O’Brien feels it is beneficial to expose the Irish players to the highest level possible at U15 level as it will help their overall development to be tested by stronger opposition.

“The big aim for us was for the players is to be exposed to top quality opposition which we have secured for them. The reason is because we want them to experience the tempo at that level and the challenge is to maintain that and repeat it over 80 minutes.