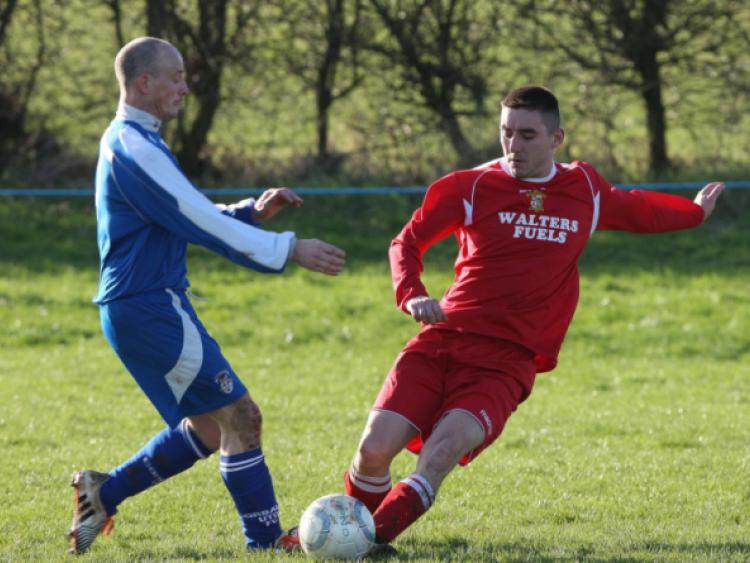 A number of LDMC games fell foul of the weather over the weekend but there was still some significant games in the Premier Division.

A number of LDMC games fell foul of the weather over the weekend but there was still some significant games in the Premier Division.

A James Hayes goal with with 20 minutes remaining proved to be the winner to lift the county side out of the bottom two for the first time this season. Knockainey are now on nine points with Summerville and Aisling behind them on eight.

The clash of Moyross and Corbally was the only game to go ahead on Sunday as Fairview Rangers/Summerville Rovers, Geraldines/Janesboro and Carew Park/Regional Utd were all postponed.

Following the loss of three points (subject to appeal) Moyross have been drawn back into the danger zone so their game on Sunday with Corbally took on added significance.

Corbally took the lead early on when Jack Fitzgerald’s shot snuck under keeper Paudie Hickey but Moyross equalised within ten minutes when Shane Guerin blasted home. It stayed 1-1 to the break but Ger Cronin put Moyross into the lead early in the second half. Adrian Power and Anthony Lee added further goals and while Lucca Tedded pulled one back for Corbally, Moyross wrapped up the win with a fifth goal from sub Keith Ryan.

In the Tuohy Cup semi-final played on Thursday evening, Janesboro booked their final place thanks to a 3-0 win over Summerville. It was 0-0 at the break but two goals from Shane Clarke and one from Mike O’Gorman sealed the win in the second half.

In the Lawson Cup, Pike Rovers were 3-0 winners over Granville while Prospect beat Shelbourne 4-1.