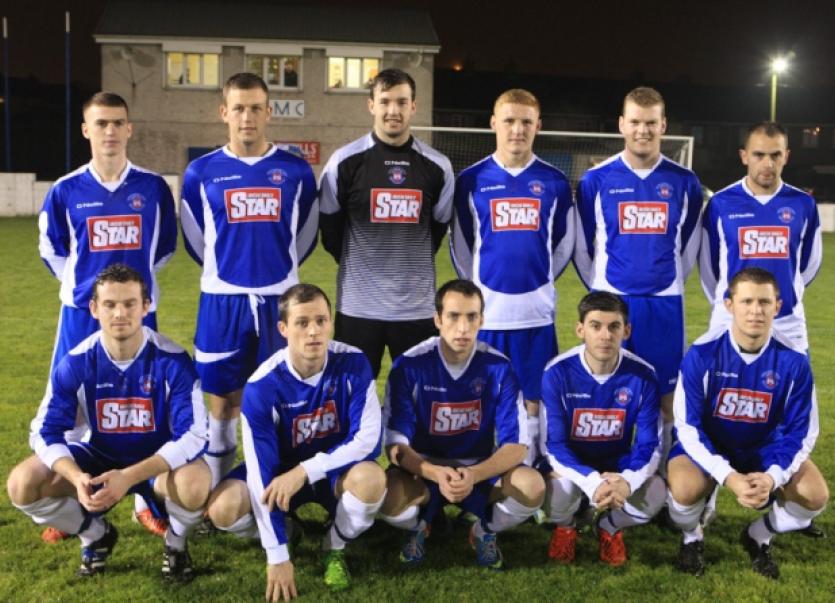 After the worst possible start to their Oscar Traynor campaign, Limerick have bounced back in spectacular fashion to reach the open draw stage of the representative competition.

After the worst possible start to their Oscar Traynor campaign, Limerick have bounced back in spectacular fashion to reach the open draw stage of the representative competition.

Jason O’Connor’s men followed up a 6-0 victory over the Desmond League by hitting the Galway League for five on Saturday evening.

The result suggests a walk in the park for the home side but for an hour of this tie Limerick struggled to break down a resolute Galway defence.

When they seemed to be running out of ideas, the Manager sprung Shane Waters and Colin Scanlon from the bench and all of a sudden Limerick sparked into life.

The visitors had their homework done and kept on very tight rein on top scorer Shane Clarke but found John Tierney a more slippery customer.

The Pike man was in the thick of the action all evening while further back the field Thomas Lyons broke up the play superbly.

In defence Pat Mullins was superb and goalkeeper Gary Neville chipped in with a number of crucial saves.

Limerick started bright but both Mike O’Gorman and Shane Clarke were unable to get their shots on target.

A fine move involving Clarke and O’Gorman ended with Eoin Hanrahan racing clear on goal but a fine recovery by Tommy Walsh got a vital block.

Galway had a great on the half hour mark but Gary Forde miskicked at the back post with an open goal at his mercy.

A couple of early missed chances at the start of the second half suggested we may be in for a frustrating evening but Shane Waters and Colin Scanlon entered the fray and almost immediately there was a buzz about the Limerick side.

Waters fed Tierney who went on a mazy run to the end line and when he delivered across goal the ball fell to Christy O’Neill who blasted home.

Galway responded well and but for a brilliant save by Neville denying Keith Ward and a subsequent line clearance by Dermot Fitzgerald the sides would have been level.

That was the last chance for the visitors and when Colin Scanlon fired in from Dermot Fitzgerald’s knock down it was game over.

Lyons played Shane Waters in to make it 3-0 and O’Neill scored his second and Limericks fourth following a clever ball from Scanlon.

With time nearly up Dermot Fitzgerald fired in a 25 yard free kick to finish in style.