Oireachtas Report: TD queries why Limerick is not a rent pressure zone 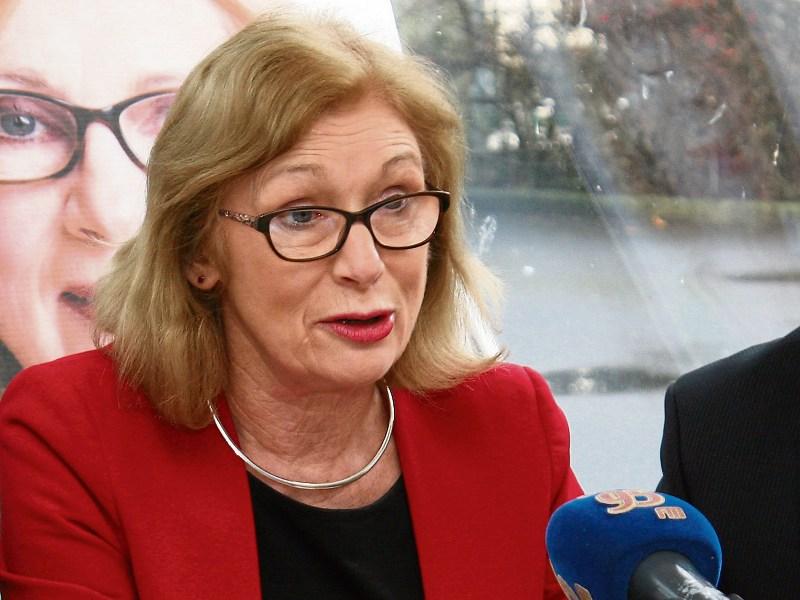 Deputy Jan O'Sullivan: Limerick rents are the fastest growing in the country

The need to designate Limerick city as a Rent Pressure Zone (RPZ) whereby rents would be restricted to an annual increase of four per cent was raised in the Dáil by Labour Deputy Jan O’Sullivan.

It is over two years since the legislation passed that set up the system of identifying areas that qualify as Rent Pressure Zones, she said.

“In the past year, whether one looks at the daft.ie or RTB rent indices, Limerick city has the highest rent increases of any city in the country.

“They are way higher than Cork and Galway, for example. Will the Minister take action to ensure Limerick and Waterford can be included in rent pressure zones?”

The annual rate of rent inflation in the area must have been 7% or more in four of the last six quarters and the average rent for tenancies registered in the area with the RTB in the last quarter must be above the average national rent.

“Local electoral areas in Limerick and Waterford cities do not currently fulfil the rent pressure zone designation criteria under the legislation.

Unfortunately, the legislation does not allow for rents that are ‘almost there’ as it is currently,” Minister Murphy said.

Details of any action the Minister for Housing, Planning and Local Government intends to take concerning local authorities that are not reaching their social housing targets were sought in the Dáil by Deputy O’Sullivan.

“If there are targets, they should be reached,” she said.

“If the problems are in his Department as opposed to with the councils - which is what some of them would argue - we need to know.

“The private sector will deliver a certain amount but, ultimately, what he can control is what is built on public land with public money.”

In reply, Minister Murphy said the Government secures funding and puts the policy in place and then the local authorities are given the resources.

“Ultimately, it is the local authorities that are responsible for delivery,” he said.

“We work with them in order to facilitate this. By having targets for each local authority area across the different streams and then publishing the actual output against that, we can see what they have done.”

Details of the public consultation process for Heritage Ireland 2030 and the opportunities for residents of county Limerick to contribute to the process were sought in the Dáil by Fine Gael Deputy Tom Neville.

“We should use our heritage and culture to market those towns and enhance how they are perceived,” he said.

“We should encourage an influx to the towns and drive industry in them. My town, Rathkeale, has the Augustinian Abbey, Castle Matrix, Holy Trinity Church of Ireland, the Palatine Museum, St. Mary's Roman Catholic Church and a Victorian courthouse.

“Mr. Ernest Walton, the Irish physicist famous for splitting the atom, spent part of his childhood in Rathkeale.

“The tenor Christopher Lynch is from Rathkeale, as was Seán Ó Faoláin's mother.”

In response, the Minister for Culture, Heritage & the Gaeltacht, Josepha Madigan said there are a number of ways whereby people can participate.

The first is to go to the Heritage Ireland 2030 section on her Department's website and complete the online survey.

The Minister said she acknowledged the contribution of the county heritage officers in arranging these events.

“To find out about Heritage Ireland 2030 public events in their own county, individuals should contact the heritage officer in their local authority,” she said.

“A list of heritage officers is available on the Heritage Council website, www.heritagecouncil.ie. I am aware that a small number of local authorities do not have a heritage officer.”

Limerick, she said, includes the Treaty City, one of contrasts where the contemporary embraces a past of heritage treasures, and a county that remains guardian of a rich medieval and monastic history.

“A strategy uninformed by what Limerick has to offer is irretrievably impoverished,” she added.