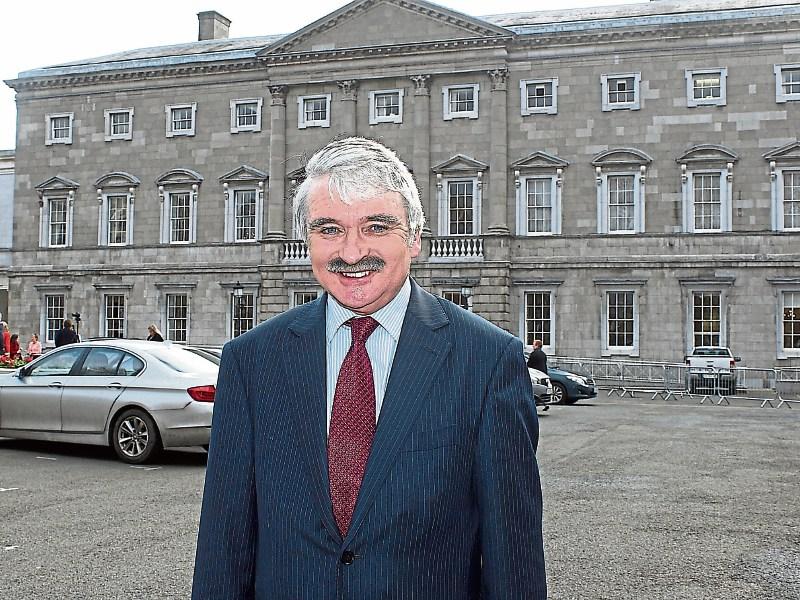 A government commitment in the Programme for Government to reduce the cost of insurance was raised in the Dáil by Fianna Fáil Deputy Willie O’Dea.

“The Minister will be aware of a recent report which indicates that in this country the average payout for whiplash is €20,000, as opposed to under £4,000 in the United Kingdom, which is an absolute disgrace,” he said.

“Does it not guarantee that insurance premiums will remain high and continue to rise?

“What precisely has the Government done in fulfilment of that commitment since the programme for Government was published two and a half years ago and what does it intend to do in the future?”

Deputising for the Taoiseach, the Minister for Agriculture, Food and the Marine Michael Creed said the Minister of State at the Department of Finance, Deputy D’Arcy, has been chairing a working group looking at all of those issues.

“I am aware that the Personal Injuries Assessment Board recently published that figure, which shows that the level of compensation is significantly out of line with international comparators.

“That feeds into the premiums that make it a challenge for businesses to remain open. I will ask my colleague to communicate with the Deputy directly on the detail of this.”

Call for greater investment in apprenticeships

Concern at the slow reform and expansion of the apprenticeship system was expressed in the Dáil by Sinn Féin Deputy Maurice Quinlivan. Apprenticeship training allows people to earn, learn and gain work experience while also working towards a qualification under the national framework of qualifications, NFQ, he said.

“A great deal of work is needed to promote this method of education and training and to ensure buy-in from parents and students alike,” he said.

“Unfortunately, a belief developed in recent years that apprenticeships were somehow a lesser form of education than college or university. That is most certainly not the case, as college does not suit everyone, as we see from the dropout rates.”

Speaking during a debate on apprenticeships, Deputy Quinlivan said engaging in an apprenticeship is incredibly advantageous, as it allows a student to earn while learning and gaining valuable work experience at the same time. More needed to be done to highlight the benefits of apprenticeships and the careers to which they can lead.

Apprenticeships, he said, would also help to equip Ireland with the skilled workers it needs for growing and emerging industries in the coming years.

“Countless reports from industry have pointed out the current and developing shortage of skills in various sectors of the economy,” he said.

“The National Skills Bulletin 2017 cites skills shortages in the ICT, engineering, business and financial, healthcare, transport and construction industries. The Construction Industry Federation's report, Demand for Skills in Construction to 2020, outlined that Ireland will need 112,000 workers to deliver the houses and infrastructure we need in the coming years.”

Fine Gael Senator Maria Byrne called on the Minister for Employment Affairs and Social Protection to look at extending the age limit for children in full-time education to receive child benefit.

“Many people have come to my office recently who still have children in school at the age of 18,” she said.

“Children start school at a later age now and are usually almost five years of age before they start. This means they are also finishing at a later age. In my time people did their leaving certificate exams at 16 or 17 years of age, but now most people are 18, and in some cases 19 years of age.

“Parents find that all benefits, including children's allowance, are cut off at 18 years of age, yet the period around Leaving Certificate in secondary school is a very expensive time for them.”

“Given the universality of child benefit, significant costs would be incurred in any extension of the scheme. An extension as proposed by the Senator would have very significant costs. No upper age limit is proposed, so it is possible that it could include third level as well as second level students. Even if the proposal were to be restricted to second level education alone the approximate cost could be close to €100 million.”

Such an extension does not allow for the benefits of adopting a more targeted approach to the use of scarce resources to tackling child poverty, he added.

“The provisions whereby families on low incomes can avail of a number of provisions to social welfare schemes that support children in full-time education until the age of 22 provide a more targeted approach.”