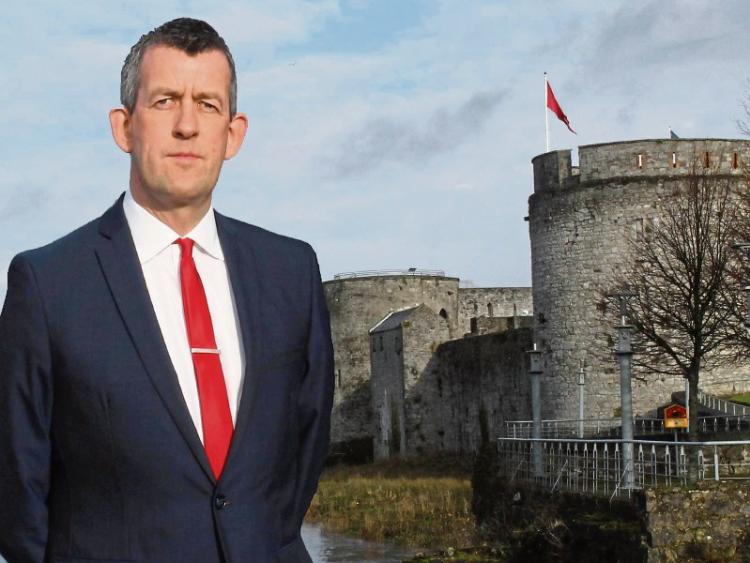 University Hospital, Limerick has the worst crisis in the State and has the highest number of people on trolleys every day, Sinn Féin Deputy Maurice Quinlivan told the Dáil.

The full capacity protocol is used every day in Limerick even though it is supposed to be a temporary emergency measure, he said.

That means staff are under huge pressure and elective operations are cancelled.

“I am astonished that I am obliged to ask the Minister for Health and the Minister of State might convey this to the Minister, to explain why there were not enough staff to feed patients in the emergency department in Limerick’s largest hospital,” he said.

“It is a crazy outrageous situation.”

Recently he said he was contacted by somebody who works in University Hospital Limerick.

“That person stated there was only one attendant providing food for over 90 patients in the emergency department for the previous four days and, as no staff cover was available, some patients could not get food or even a cup of tea,” he said.

In reply, Minister of State Jim Daly said the emergency department in UHL, is one of the busiest in the country, with approximately 67,000 attendances annually.

“With regard to the claim that some patients are not being fed, the University Limerick, UL, hospital group has advised that except for one catering attendant who is currently on leave there is a full catering staff complement,” he said.

“UL Hospital Group has advised that it is managing this deficit from its relief pool.

“At times there may be unscheduled sick leave that could create pressures on the service but full catering is available to all patients who are not fasting due to medical reasons.”

“Adare and Garrienderk were also mentioned for county awards,” he said.

“J.P. McManus runs a Going for Gold/Tidy Towns competition for Limerick which has been very successful. I commend him on his support of Limerick hurling and his more recent nationwide funding of GAA clubs.”

Housing crisis did not fall out of the sky

The housing crisis is not an emergency that fell out of the sky and the current position arose from choices, Limerick Sinn Féin Deputy Maurice Quinlivan told the Dáil.

Speaking during a debate on a motion of No Confidence in the Housing Minister Eoghan Murphy, he said the Fine Gael Party has been a part of the Government for seven years.

“Fianna Fáil made choices to benefit the wealthy few at the expense of many,” he said.

“The choices in question include a failure to build council and affordable houses, the consent for mortgages to be sold to vulture funds, the refusal to put in place a rent freeze, and the continued belief that the plan is working. There has been a sheer disregard for people in homelessness.”

Since the Minister took office, homelessness in Limerick has risen from 278 people to 307, while rent prices have increased by over 21% in one year and 71% in the past five years, he said.

“If Fine Gael, or Fianna Fáil for that matter, really wanted to help the thousands of citizens who remain homeless, they would prioritise these people over tax cuts in next month's Budget. Neither of the parties will do that.

“It is same choice they made last year, and money comes first while people come second,” said the Sinn Fein deputy.

Deputy Quinlivan said he wrote to the Minister on 19 July and he had not yet received a reply.

“My query came about because I was informed by Limerick's Council on numerous occasions that it was awaiting funding approval from the Department to provide houses.

“I estimate there are 70 council houses or properties in Limerick that are either vacant or boarded up. I have details of more than 40 in a list before me.”

The motion was defeated by 59 votes to 49 with 29 abstentions.