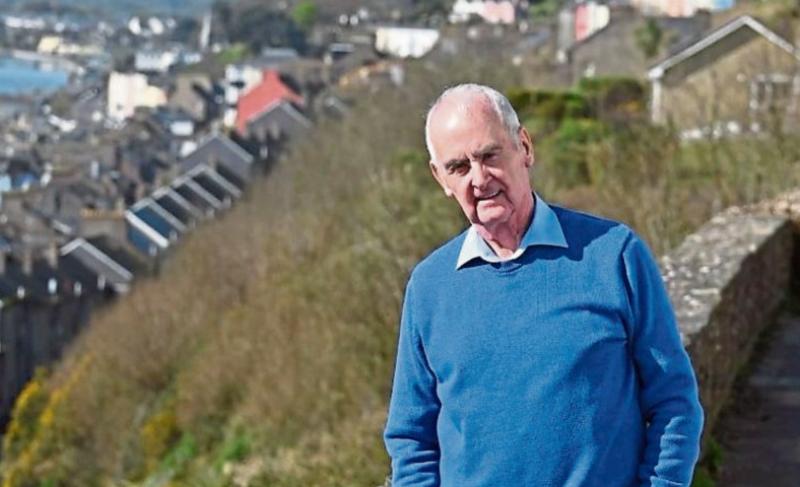 “MAY this fine soldier rest in peace” is one of many touching tributes to the late Francis (Frank) O’Brien.

He devoted his life to serving his country – both in the Defence Forces and volunteering for many organisations including Special Olympics Ireland.

Frank served in the Congo, Cyprus and settled in Cobh but nobody who had the pleasure of meeting him would be left in any doubt where he was from – Kilmallock.

Born in 1944 to Patrick and Maureen O' Brien, from Millmount, Kilmallock, he was one of 10 children.

Frank joined the army in 1961 and went to the Congo that December with the 36th Battalion. He was only 17. Imagine today sending a 17-year-old off to Central Africa. What must it have been like for a teenage boy going from the Baalbec of the 1960s to being under fire in the jungle.

But it didn’t deter him from his army career. Frank transferred from Limerick to Haulbowline, County Cork in 1964. The following year he was part of a six month tour in Cyprus.

While back in Ireland he met the love of his life Angela. They married in 1967 and settled in Cobh where they raised three children - Carolyn, David and Aidán.

There was a further 15 month tour to Cyprus. After a long and distinguished military career totaling 37 years, Sergeant F O’Brien retired in 1998.

Sean Dunne Lt Col, HQ 1 Bde, Collins Barracks wrote after Frank’s passing: “My condolences to the O'Brien family. Frank made an outstanding contribution while serving in the Defence Forces and in retirement, was a tireless and committed champion of Defence Forces Veterans. May this fine soldier rest in peace.”

Out of uniform, Frank became a huge part of the Cobh community through underage GAA, regatta and folk dance. Kilmallock’s loss was truly Cobh’s gain.

Following his retirement a big part of Frank’s life became the Special Olympics. His days of travelling abroad doing what he loved – helping others in their lives –  continued. He volunteered with the Special Olympics Ireland team in China in 2007, USA in 2009, Greece in 2011, as well as in Dublin in 2003.

“Over many years he faithfully supported Special Olympics and particularly celebrated our athletes’ immense achievements. You will be sadly missed and fondly remembered by so many,” said Mr English.

Frank had a way about him that touched everybody. He would chat away as easily to a High Court judge as a poor person homeless on the street. In his death notice it said he had a large circle of friends and he certainly did.

Frank passed away a week after Limerick’s All-Ireland win. Like many of his vintage, he took particular pride in this team’s success after so many barren years.

Frank would have enjoyed the chats with his Cork friends these past few weeks about the match but alas it was not to be.