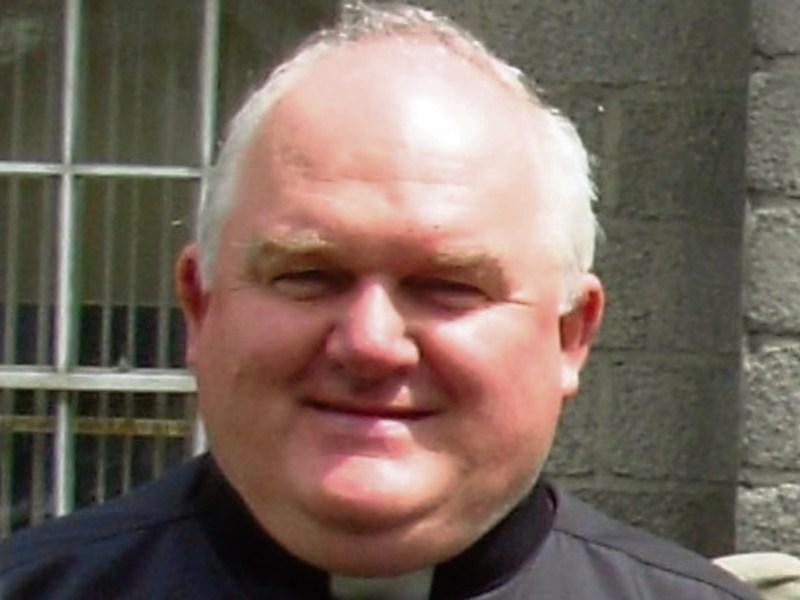 HE had a special and unique character and a blessed way of being with people, said Archbishop of Cashel and Emly, Kieran O’Reilly of his friend, the late Fr Liam Holmes.

The archbishop stood at the altar of a sparsely populated at St Mary’s Church in Knockainey last Thursday, where, in compliance with guidelines, it was strictly family members in attendance. Only those living in the same household sat shoulder to shoulder; the rest, two metres apart. A large tub of hand sanitizer stood on a table in front of the top pew. Family members and clergy squirted the gel into their hands before, or after, sympathising with Fr Liam’s immediate family. But no hands were shaken. New habits die hard.

The Covid restrictions meant Fr Liam’s funeral Mass was streamed live on the internet. They tuned in from as far away as Australia to bid him farewell. Had there been no pandemic, it would have been one of the largest funerals Knockainey would ever witness. To say he was popular is one of the great understatements.

“One of the realities of this changed situation is the amount of people who have written on the RIP site, their condolences and their good wishes and expressed sympathy to family and friends,” Archbishop O’Reilly told mourners, those he could see and those he could not.

Archbishop O’Reilly chose to share some of the hundreds upon hundreds of  tributes “because I believe they are significant”.

One, he explained, came from the board of management, staff and pupils of Knockainey National School. It went as follows: “Fr Liam, during his many years as chairperson of our board of management, worked tirelessly with the school community to transform our school through our many phases of fundraising and building. We wish to thank him for his dedication to our school, for his vision and for his friendship. Ar dheis Dé go raibh a anam dílis.”

Looking down the camera monitor in his distance Archbishop O’Reilly said, “I don’t think any priest would be happier than to have heard that - to thank you for the work that is done for the future, through the children, through the building up of the community.”

The second tribute he referenced came from a classmate of Archbishop O’Reilly and Fr Liam, who were ordained in the same year in 1978 and went through Maynooth together.

Fr Joe Caulfied from Sligo wrote: “Wholehearted. So generously giving of himself. An enormous capacity to empathise. A truly dedicated pastor. A larger than life character remembered with fondness. Into Your Hands Oh Lord We Commend Him.”

Archbishop O’Reilly also referenced two more messages - one from Fr Bishop Alphonsus Cullinan of the Diocese of Waterford and Lismore - Fr Liam’s first appointment was in Kilmacthomas in County Waterford - and also from Bishop of Limerick Brendan Leahy who studied with Fr Liam in Rome.

Liam Holmes of Tubber, Murroe was ordained in 1978 and served in Kilmacthomas and then the Diocese of Westminster. He served in Bansha, County Tipperary before going to Rome to study. He then returned to St Patrick’s College in Thurles where he remained from 1987 to 1998.

“Now, you can imagine a Limerick man living in Tipperary. I’d say he probably flew the flag continually just to see if he could rise the neighbours because he was 100% green and white,” smiled Archbishop O’Reilly.

After Thurles, Fr Liam went to Cashel and then Knockavilla in Cork before arriving in Knockainey in 2006 where he ministered in the parish of Knockainey and Patrickswell until 2018.

Archbishop O’Reilly thanked Fr Eddie Cleary, PP, of Knockainey and Patrickswell and the people of the parish “for their kindness and assistance” in preparation for the Mass.

Anyone who knew Fr Liam, even only briefly, was aware of his special grá for Limerick hurling.

Former Limerick senior hurler and manager, TJ Ryan, and his wife Louise of Garryspillane paid this online tribute: “Liam was a fantastic character and we were fortunate to have the pleasure of his company on many occasions. Hurling, obviously, to the forefront of many great stories. He will be sadly missed. Sincere sympathies to his family and may he rest in peace.”

Archbishop O’Reilly said that Liam “being a true son of Limerick would really have, I imagine, wished to have celebrated more and more all that Limerick was about but his health unfortunately did not hold up over the past few years”.

He paid tribute to his beloved family and friends who were with him on that journey and extended thanks to all the medical personnel who helped him through his journey of illness.

“He has been much in all of our own minds as he had to take on a new cross, a cross of pain and suffering which is now, I suppose, three or four years on the go. It’s hard to imagine but he had to carry a cross of pain that we would not wish that anyone should carry.”