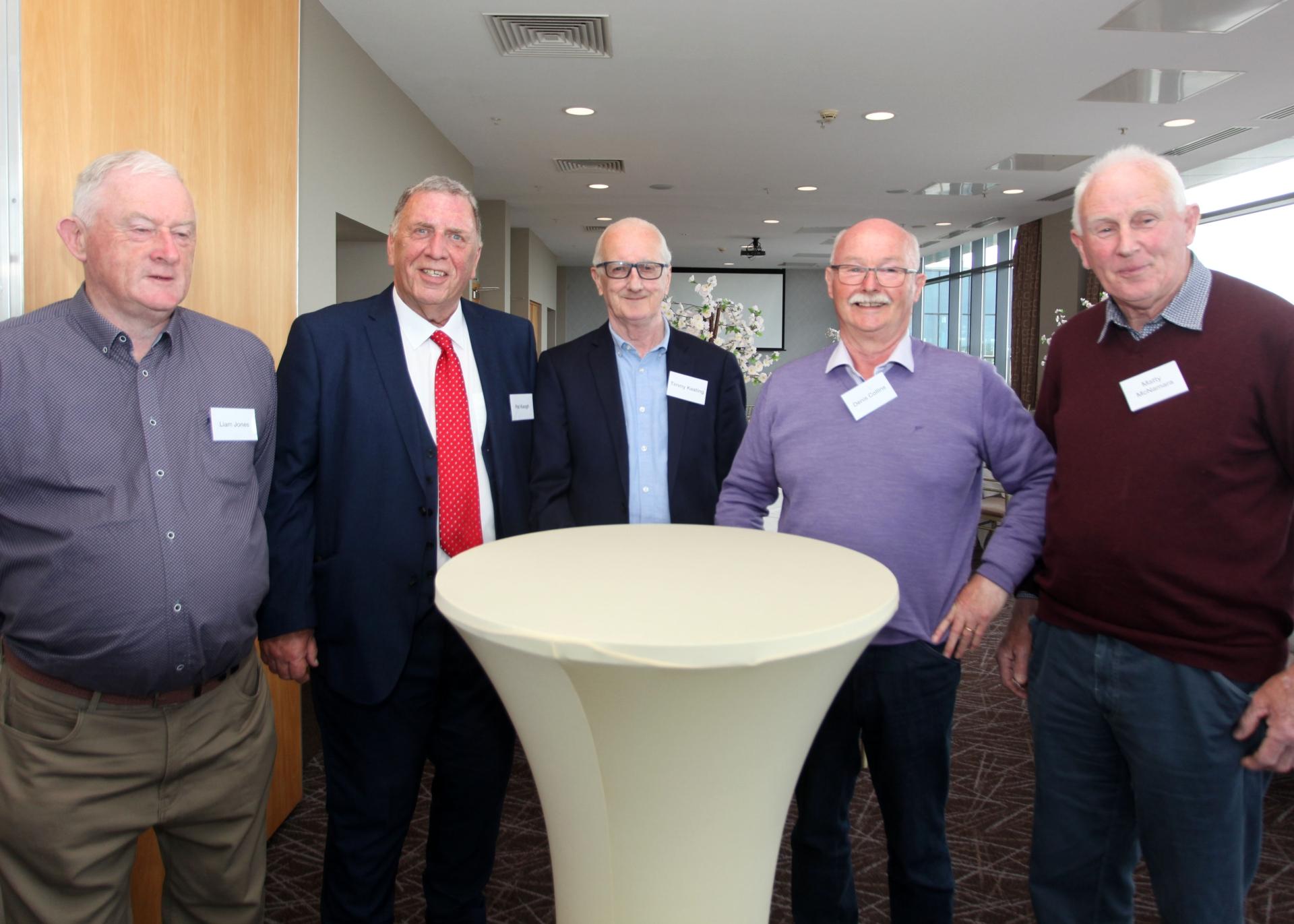 THE Harris Suite on the top floor of The Strand hotel was the scene of much nostalgia last Saturday evening when the Leaving Cert classes of 1970, from Limerick CBS, Sexton’s Street, gathered for a long awaited reunion.

This event was originally planned for 2020, to coincide with the 50th anniversary but COVID got in the way.

After a couple of attempts to arrange the assembly it was a case of third time lucky for the organising committee to finally stage the event last weekend.

In addition to the function at The Strand, a golf outing took place at Adare Golf club and a historical city walk saw 30 classmates meandering the highways and byways of the Treaty city.

The function was attended by 70 former classmates and all were thrilled to host two former teachers, as guests of honour, Tom Greene and Eric Lynch.

The current School Principal, Denis O Connor spoke at the event where he was joined by former Principal, Noel Earlie.

People travelled from abroad and all parts of Ireland to make this reunion a memorable one.  Long chats and reminiscing went on into the wee small hours of Sunday morning.