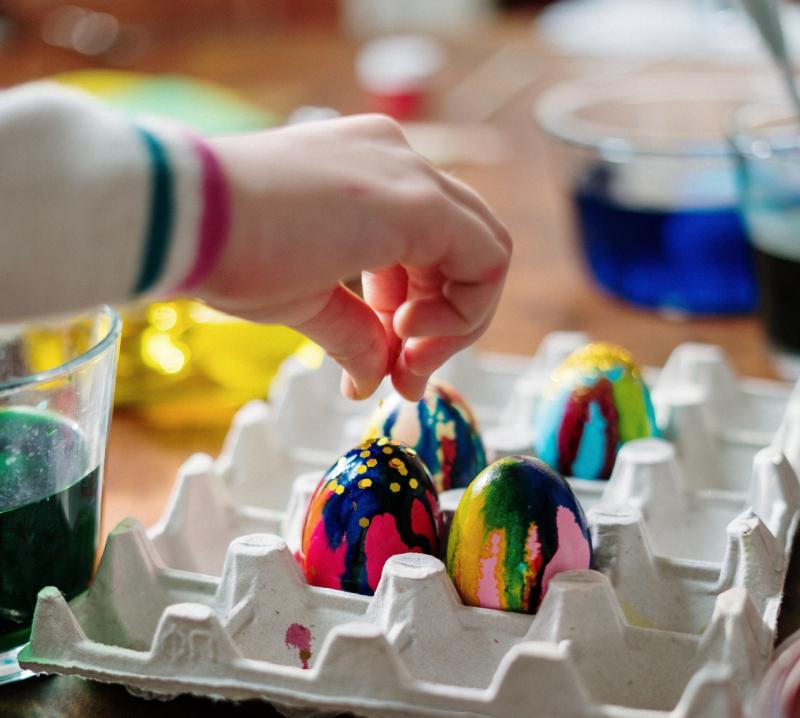 One explanation for this custom is that eggs were formerly a forbidden food during the Lenten season, so people would paint and decorate them to mark the end of the period of penance and fasting, then

TEAM LIMERICK clean up returned this year and is much needed.

It took place throughout the county on Good Friday morning and saw people of all ages and from all walks of life take part.

The amount of rubbish collected is amazing and it is still only a fraction of what can be seen all over our country.

Dumping rubbish sends out the wrong message and it will have to be addressed as it spoils our beautiful green isle.

Visitors to our country must think we are a very untidy people who have no pride in its appearance. Cleanliness is next to godliness goes the old saying but how many people abide by it.

Calls for action over illegal dumping at Limerick bring bank

In my young days litter and rubbish were words that were seldom used, and our roads, hedges and ditches were rubbish free.

The number of items people bought was fewer and they used the old style message bag instead of plastic to collect their shopping from the local shop.

Glass bottles were used to store milk minerals and spirits. Tin cans were widely used as well for peas, beans, shoe polish and cooking ingredients. Washing powder and other such powder items came in cardboard boxes and the flour for baking in cloth bags.

Shops used brown paper as packaging to parcel up a lot of items and greaseproof paper to wrap up meats and fish.

We collected all the glass bottles and returned them to the local shop for to be reused and we got a few pence in return. A lot of the tin cans were used around the house to keep items in them such as buttons, hair items and small toys got in lucky bags.

The cans were used to grow geraniums and flowers and start off seeds for vegetables. The men used them as containers for nails bolts nuts and other small items around the house and farm.

The cardboard boxes and paper were used to start the fire and the cloth from the flour bags for making pillowcases, and cleaning cloths. The majority of items were being recycled.

The arrival of plastic packaging bags and food containers has led to an increase in waste items that has to be discarded. This in turn has seen a serious decline in the management of rubbish and an increase in litter. The ever increasing cost of Refuse Collection has added to the problems as many households simply do not have the money to pay for the service.

Walk along any stretch of primary or local roads at present before vegetation take over and in a short distance a bag of discarded items can be collected. The most obvious items include plastic and tin bottles, discarded takeaway containers, coffee cups, cigarette boxes and face masks.

Easter message: Bishop of Limerick asks young people to turn away from negativity of social media

HAPPY EASTER to all our readers as we recall the hot cross bun and other Easter traditions. During the six weeks of Lent, people looked forward to eating hot cross buns.

They generally only appeared during the Lenten season, in order to preserve their Christian significance. However, the hot cross buns are actually pagan in origin, as the Anglo-Saxons ate sacramental cakes to honour the goddess Eastore, the goddess of light.

Early Roman missionaries tried to stop the custom but as they could not, they found a way around the difficulty by blessing the cakes and drawing a cross upon them.

The cross was a pagan symbol before the crucifixion. Bread and cakes were sometimes marked with it in pre-Christian times. Two small loaves each with a cross on them were discovered under the ruins of Herculaneum, an Italian city buried beneath volcanic ash in A.D.79.

This verse may be familiar to some people but few of them probably realise that the custom of eating hot cross buns on Good Friday actually predates the day itself.

Another version states it is a continuation of part of the Jewish feast of the Passover which celebrated the liberation of the Israelites from Egypt's domination.

If you ate one of these special buns on Good Friday, you were guaranteed good luck for the coming twelve months. Along with this, it was supposed to protect your home from fire, and some was also put aside to prevent any member of the family suffering from whooping cough.

It was quite a commonly held belief that any baking done on Good Friday had special properties. For instance, anything baked on the day would never go mouldy.

Because of this, the families of sailors would put some Hot Cross Buns to one side, in the belief that as long as the buns remained fresh, the seafarers would not drown.

Not all superstitions connected with Good Friday are concerned with food. The housewife was advised to avoid hanging out her washing and if she disobeyed, the clothes would become spotted with blood.

On the other hand, if she broke a dish, she could be sure that no harm came to her family in the next twelve months. The wise woman would also have her ring blessed for she would then be free from illness as long as she wore it.

Another long-held Easter tradition was the wearing of new clothes on Easter Day. To do so ensured prosperity for the following year. This tradition is thought to stem from an earlier festival celebrating the renewal of life in the spring. And the people wore new clothes as a sign that life was being reborn after the dark winter months.

Others favour a different explanation for this tradition. Originally, they say people wore mourning clothes during the period of Lent.

Therefore, by the time Easter arrived the mourning garment had become somewhat dirty and so it was a part of the celebration that clean, new clothes be donned for the time of rejoicing.

After all that is what Easter is, a time to rejoice for a world which is filled with new life.