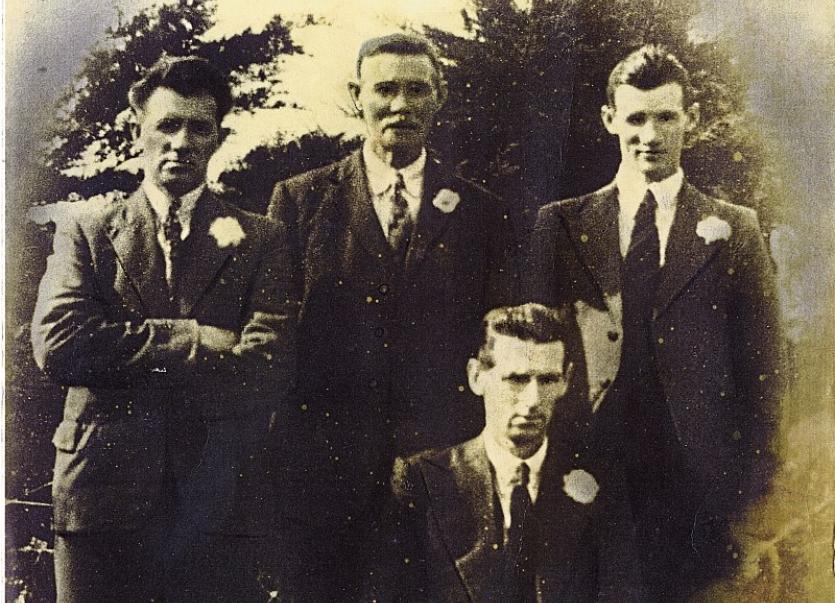 THE story of Tom Mangan and his daring adventure in crossing the Shannon by bicycle is the stuff of folklore. But John B Keane through his pen picture created a local hero and made it the stuff of legend: one that still lives on in Glin where Tom was born and lived all his life.

It is also a story to bring a smile to any face.

Tom, born in Cahera in 1871, was a resourceful man, and a character in his own right. At a time of hardship in the country, he had the great good fortune to be employed as a clerk by the Shannon Steamship Company which collected and distributed goods all along the Shannon Estuary from Limerick to Kilrush serving the ports along the way, including Glin.

And in the course of his work, local historian Tom Donovan recalls, Tom Mangan saved a man from drowing at Glin Pier after he had fallen between a boat and the pier itself.

How or why he came up with his own version of a pedal boat to cross the Shannon, is lost in the mists of history. But the story lives on that he did indeed fashion a craft by placing a bicycle on a kind of raft, with the wheels in a crevice.

And on a particular day in 1902, he pedalled across the river to Labasheeda, where he caused a huge stir and furore before the people there realised it was not some demon or monster coming over the water but a man.

Tom's grandson, John Prendergast, this week recalled what had been handed down to him through the family.

“They described him as wild,” he laughed. “I'm not sure whether he could or couldn't swim but I think he got the notion from his life on the pier and said to himself, 'someway I am going to do it.' He had a bike. He built the frame himself. He did a trial run from Glin Pier about a mile back. And on the day he set out for Labasheeda."

What happened there was recounted in high dramatic terms by John B Keane some 70 years later in his Limerick Leader column of August 14, 1971. (See right) By then, Tom was dead but John B, a regular visitor to Glin, was charmed by his story and more or less put it up to the local carnival committee that they should emulate Tom's feat as a crowd puller for their next carnival.

The challenge was taken up. "The idea was too good to miss," Tom O'Donovan explained. What happened then was that local man, Kevin Reidy, a man familiar with both the Limerick and Clare shores, designed a specially adapted bicyle-boat and the late Bill (Billeen) Culhane volunteered to cycle it.

"I remember it," Eoghan Ryan, a member of Glin Historical Society recalled this week. He was a very young boy at the time, he said, and the idea had been to re-enact Tom Mangan's feat. "But in reality, they launched it at the pier," he continued. People were waiting at the old quay at the bottom of the village. "Suddently this thing appeared around Knocknaranna point." Billeen Big Mick Culhane was pedalling like mad. "He had a tough time coming around the point."

Ken Reidy, son of Kevin, was just a baby when his dad took up John B's challenge. Kevin, who is still alive and living in Glin, was a fitter by training and had his own engineering business in the town.

He has no memory of the re-enactment but does remember that his dad's pedal-craft was pushed all the way from Dublin to Shannon sometime in the 1980s where it went on display at Shannon Airport. It was, he said, a fund-raiser for some local Shannon cause.