Patricia Feehily: So just what exactly is normal? 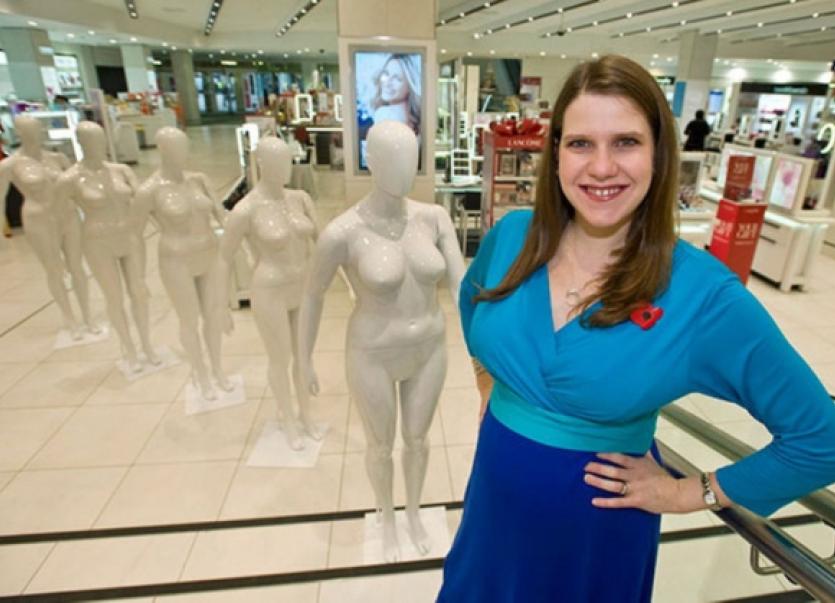 THE Recession must be over. The tide appears to be flowing again in Limerick. Even with Christmas still nearly five weeks off, the city centre was buzzing, absolutely buzzing, on Saturday afternoon. Unfortunately, my own buzz fizzled out before I even had time to enjoy it, because I couldn’t find a dress anywhere to fit me in the fashion Mecca of the Mid West. In one store they nearly had to call the fire brigade to free me from a garment I had somehow managed to squeeze myself into.

THE Recession must be over. The tide appears to be flowing again in Limerick. Even with Christmas still nearly five weeks off, the city centre was buzzing, absolutely buzzing, on Saturday afternoon. Unfortunately, my own buzz fizzled out before I even had time to enjoy it, because I couldn’t find a dress anywhere to fit me in the fashion Mecca of the Mid West. In one store they nearly had to call the fire brigade to free me from a garment I had somehow managed to squeeze myself into.

It’s at times like this that I really do miss the old Limerick which didn’t have any pretensions to being a fashion nirvana, but which catered for everyone, young and old, big and small, short and tall and, more importantly, rich and poor. Now, normality rules, and the problem is that we’re not all ‘normal’ when it comes to dress size and length.

I haven’t much to bother me, you might think. But what you wear defines you in more ways that you’d care to think. Ask Ruairi Quinn, who at a time when schools are in turmoil, has prioritised the school uniform as an education issue. Now, it isn’t as if I’m absolutely threadbare or that I may have to resort to the chador if someone doesn’t produce a size 18 dress that doesn’t look frumpy, or, even worse, like a cancan outfit on someone over 5 feet 5 inches in height. I’m not about to tread the red carpet or make a fashion statement for pensioners. It’s just that I need something simple in my size, something age appropriate and preferably understated and elegant, to wear for an upcoming event. But it was no-where to be found in Limerick, and just when I had given up, someone actually incited me to treachery. They told me to try Ennis.

When Debenhams announced a week or so ago that they were introducing size 16 mannequins to their stores, not only did my self image soar several notches but I was all cock-a-hoop. Any day now they’ll introduce a size 18 model, I thought to myself, and I might even get a job. That was a bit presumptuous. It wasn’t long before I began to realise that the size 16 mannequin was never going to be a senior  citizen.

Then, to compound the disillusionment, along comes designer, Paul Costelloe, who throws cold water on the whole praiseworthy endeavour by Debenhams. Paul has this notion that if all size 16 or 18 women learned how to boil an egg, they’d fit, sylph-like, into one of his size 6 or size 8 creations and there’d be no need at all for big mannequins. Better still, women might look to the Far East for cooking and dietary tips if they wanted to be able to wear his label. Asian women don’t have problems controlling either their portions or their proportions, apparently. God Almighty, Paul, we’re a different breed altogether! We’ll just have to invest in an egg-timer.

However, the kernel of the argument seems to be that while it’s perfectly acceptable to encourage women to be slaves to fashion, God forbid that fashion should ever become a slave to bigger women.

I’m disappointed with Paul. If he’s not careful we’ll get a complex about our weight genes and feel like an affront to the fashion industry. Ironically, he’s one of the very few fashion designers I’ve known who could make a dress in size 18 as well tailored and as stylish as the dresses he makes in size 6 and 8. I know this because I bought one in a sale several years ago and I still have it. It’s timeless. Most fashion designers wouldn’t even be able to rise to the challenge, to judge from their work.

In my former life writing a fashion column for the Limerick Leader, I met Paul Costelloe on several occasions. He boasted that his father was a Limerick man, which is always good to hear. At all times, I found him friendly, charming and accommodating. He certainly never gave the impression that he was thinking in his own mind “What in Heaven’s name is this size 18 woman doing writing about fashion? Surely she’d be more suited to writing about food or learning how to boil an egg.”

I even applauded his oft quoted statement that Irish women wouldn’t recognise style if it tottered up to them on six inch heels, but maybe that was because I was, at heart, a fashion subversive and hoped that he might even be a fellow subversive in disguise. Now, he thinks that Debenhams’ plan to introduce size 16 mannequins in order to boost the self image of people like me and to make us feel better about ourselves, is typically British.

They’re always trying to “normalise” everything, even down to women who, for health, lifestyle, age or genetic reasons, are not built like sylphs. Good on the Brits then, is all I can say, and boo to the misogynistic Irish fashion industry.

By the way, where does the Queen get her clothes?