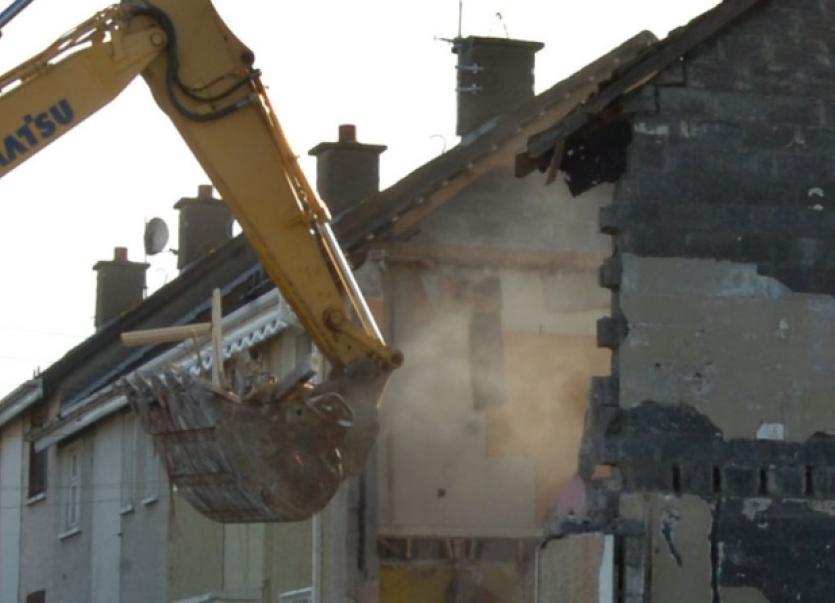 MINISTER for Housing Jan O’Sullivan has insisted there is a clear implementation plan for the future of the Regeneration programme, which should be announced in full next month.

MINISTER for Housing Jan O’Sullivan has insisted there is a clear implementation plan for the future of the Regeneration programme, which should be announced in full next month.

Construction work is currently advancing for two housing complexes for the elderly - in Southill and at Vizes Court - and the Labour Minister said the 70-unit mixed development on Edward Street will also shortly be announced.

Speaking to the Limerick Leader yesterday, Ms O’Sullivan was responding to criticisms by Fr Tony O’Riordan, parish priest in Moyross, who warned at the weekend of “dangerous consequences” if the Government neglected the regeneration project, aimed at four deprived housing estates in the city.

But she said the Limerick Regeneration programme was awarded the biggest allocation for funding in the country for 2013, at €27m, which she expects will be spent by the end of the year.

Further proposals for St Mary’s parish, Nicholas Street, the Hyde Road, and a second project in Moyross - this time at College Avenue - are being advanced, but she said she could not unveil these in full at this time.

Reviving commercial development and economic activity in the St Mary’s parish area would be a particular objective, she added, while there is a “definite plan” for the Hyde Road area.

“I am confident that the publication of the plan will provide the citizens of Limerick with a clear vision on how our community will develop in the coming years,” she said.

“I think what Fr Tony was concerned about was not the physical, but more so the social and economic aspects to Regeneration. It is a three-legged plan.

“We also want to ensure as much as possible that local people get jobs, as opposed to people coming in from outside. European rules apply, but we’ve looked at the model in Glasgow where they’ve been able to introduce social clauses into their contracts, and we’re looking to see if we can incorporate that model into the tendering process,” she explained.

She said there has been “wide consultation” with residents groups in each of the four areas, and said without these lengthy sessions the plans wouldn’t works “It has taken this long because we want to get it right,” she said.

Fr O’Riordan said “the improvements won in recent years give no ground for the current complacency, and current lack of focus and urgency”.

Recently Limerick City Council - which assumed responsibility for the regeneration programme last year - lodged a planning application to refurbish the Steering Wheel Pub and the former Coin Castle arcade, where innocent businessman Roy Collins was murdered in a crime that shocked the nation in April 2009. Limerick Regeneration subsequently purchased the properties from the Collins family - for a sum believed to be over €500,000.

The plan is to relocate the southside regeneration office from rented offices at the LEDP to the Roxboro shopping centre.