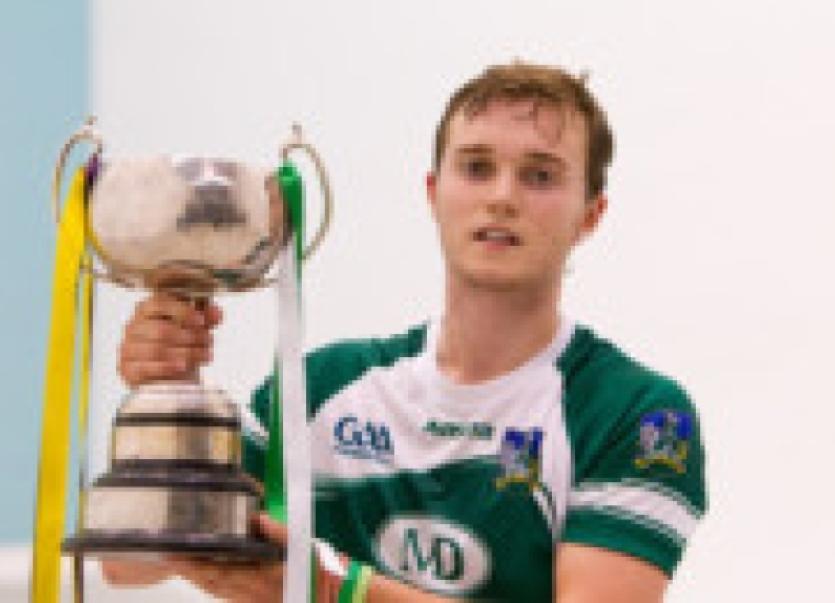 All Ireland titles are not easily won and in the case of Limerick any time we win them they should rightly be celebrated.

Last Saturday in Williamstown in Galway young Paudie Quish from the Hospital handball club produced a magnificent display to win the All Ireland minor title against Galen Riordan from Wexford after a three game thriller, which saw Quish display the many talents he has.

This win saw him win back to back titles and thus continue the great tradition of handball and winning All Ireland titles, which the Hospital club has. A huge crowd turned up to watch the finals and the minor game which lasted almost two hours saw both players give us a real insight into their fitness and skills.

Over the past few years Quish and Riordan have had some very close battles and this contest was very similar. Limerick has always had a great tradition of handball and for many years it has kept the Limerick flag flying when it comes to winning All Irelands.

The sport has not always enjoyed a great level of support from the County GAA Board but at least it does get a levy from every GAA club in the county and that’s important.

Paudie Quish didn’t pick his talents off the ground. His father Pat won All Irelands and his uncles - Tom and John - won senior titles with regularity and were also world champions. Having such a support structure and knowledge around him would have been a great help to the up and coming star but he still had to put in the many hours on court because handball requires massive dedication if titles are to be won.

Handball is a minority sport and the journey can sometimes be lonely for those trying to make the breakthrough but Quish has set a firm foundation for the future with his titles won at minor level. I expect this young man to enjoy many years competing at the highest level in Irish and world handball.

The same two players met in last year’s final which, like last Saturday, also went to three games. Quish won the first game but it was close. He played some great kill shots but his service put Galen under a fair degree of pressure. A factor of this game was that we had some great rallies and you got the sense that these players will enjoy many battles in the future.

The young Wexford man showed great spirit to take the game to Quish in the second game. His efforts were causing the Limerick champion trouble in the left corner and he went on to win with some comfort and thus set up a cracking third game encounter.

It was then that Paudie Quish expressed himself to the very large attendance. He started to find the target with his service and once he got the weak return he make no mistake in finding the bottom brick. He went on to win the third and final game and thus continue his development as a handball player that looks like having a very bright future. The Hospital handball club has produced many champions in the past and I have no doubt it will continue in the future. Tradition is such a strong part of what they do and this can also be said of Broadford handball club who have never let the tradition die. In a couple of weeks they will host the All Ireland senior finals in doubles and this will be a major honour for the West Limerick club.

Handball is one of our oldest national sports and it’s great to see the game starting to grow in prominence once again. There was a time that handball was played in every parish and so many people played the game in school and against the gable end of houses.

Now there are many quality courts available and Limerick has some of the best of them. Young men like Paudie Quish are the future of the ancient game and when men like him win All Ireland titles they deserve huge credit and support.

The County GAA Board could at least lend support by way of providing gear and some other small support. In this way young men like Paudie Quish would fully know that their dedication to their sport is appreciated by those who run the GAA in Limerick. All Ireland titles are not easily won.

The medal is special but the memories last forever and Paudie Quish has left many with memories this week.

John Allen delivered the news on Monday that was widely expected. His decision to stand down as Limerick hurling manager was not a great surprise to me and now Limerick must find a replacement for him in the coming weeks.

This year has seen hurling go in a new direction, pace, skill and endurance have always been in the game but they now have moved to an even higher level.

The age profile has also dropped and it means if players are good enough they must be given the chance to break into teams.

The new manager has a foundation to build on but he, like those who went before him, will be faced with the challenge of taking Limerick out of Division 2 of the League.

Referee decides to call it a day

Mike Meade has decided to retire from refereeing and over many years he has given great service to Limerick, Munster and also at national level to the GAA.

He was very much associated with football and I think most people will agree he was always fair and did the job to the best of his ability.

Referees are a vital part of the GAA and all too often they are unfairly treated.

Mike Meade served the Gaelic Athletic Association with great service and I wish him well in retirement.