Celia teams up with Leanne for Downton Abbey promos 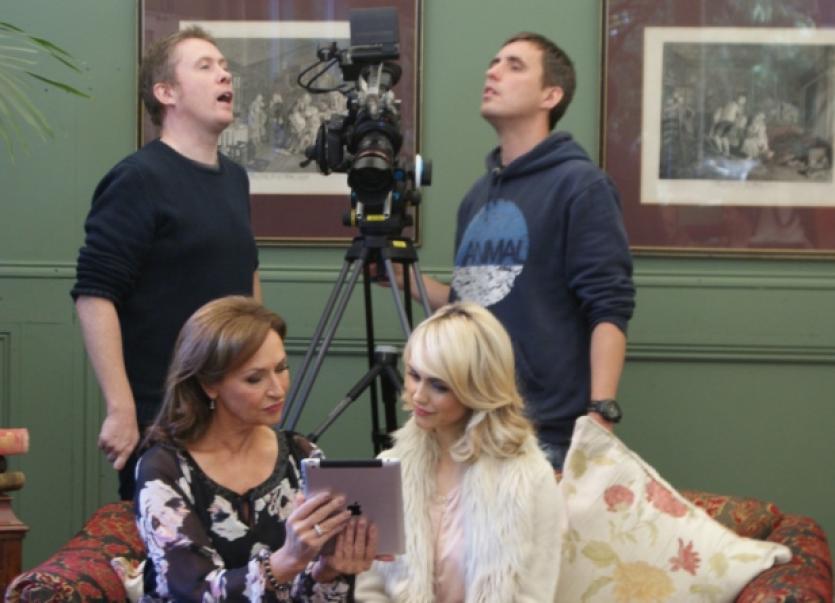 TWO Limerick ladies are playing their own part in the history of Downton Abbey by starring in promotion ads for the hit TV series.

TWO Limerick ladies are playing their own part in the history of Downton Abbey by starring in promotion ads for the hit TV series.

The first episode in the sixth and final series of the show was aired last week on TV3 and viewers tuning into the latest happenings in the lives of the Crawley family were first met with Limerick fashionistas Celia Holman Lee and Leanne Moore, who star in the opening ads, sponsored by Oxendales.

“We filmed the ads three weeks ago. This is my second season doing the ads and I was thrilled when Oxendales asked me if I would mind doing them again,” Celia explained.

“They said they wanted another person with me – somebody with acting ability and a different hair colouring. Straight away, I thought of Leanne,” said Celia. “They saw pictures of her and loved her!”

Leanne, who is a singer, actress and personal trainer, thoroughly enjoyed the experience.

“She loved it – she was fantastic. She really looked like Lady Rose. They call me madam,” Celia smiled.

And her favourite characters from the series?

“I love Maggie Smith and I actually love Lady Mary!”

The glamorous Limerick duo will film a special festive ad in Tinakilly House in Wicklow at the beginning of November for the Christmas episode.

The multi-award-winning drama which has been a huge hit with Irish audiences once again promises to have viewers hooked during this its final season.

It will air on TV3 every Wednesday night at 9.30pm until Christmas.