High hopes for visit by Pope Francis to Limerick 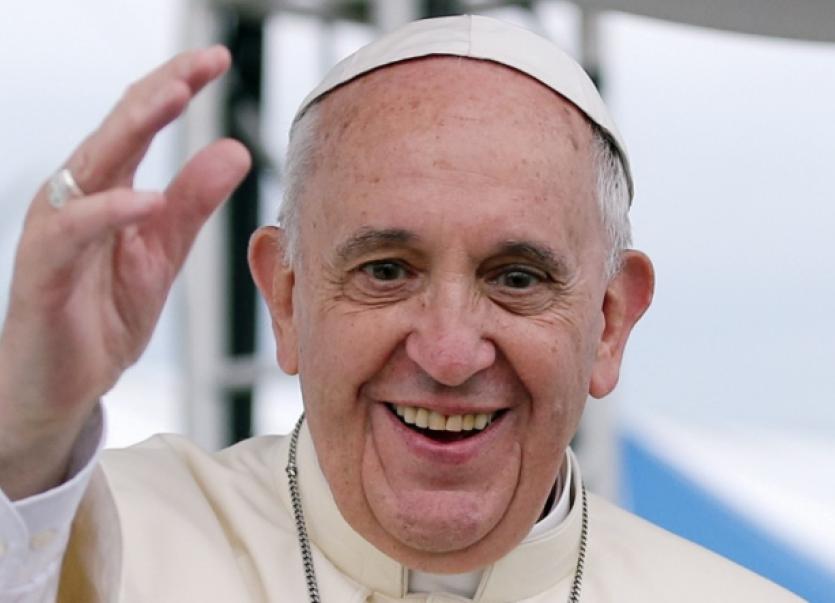 THE BISHOP of Limerick Brendan Leahy has expressed his hope that Pope Francis follows in Pope John Paul II’s footsteps and comes to Limerick where “the welcome would be huge from a city and county where the Catholic faith has played such an important role.”

THE BISHOP of Limerick Brendan Leahy has expressed his hope that Pope Francis follows in Pope John Paul II’s footsteps and comes to Limerick where “the welcome would be huge from a city and county where the Catholic faith has played such an important role.”

And, it seems, if the visit were to come true, it could well be a return trip for the Pontiff. The Bishop of Waterford, Alphonsus Cullinan, who was raised on the North Circular Road in Limerick, told the Leader this Wednesday that he was informed by the Bishop of Limerick, Brendan Leahy last year that Pope Francis had been in Limerick at an earlier date. Bishop Cullinan took it that this was during the time he was in Ireland 35 years ago.

Back in 1980, when Pope Francis was known as Jorge Mario Bergoglio, he spent three months living and studying English at the Jesuit Centre in Dublin’s Milltown Institute.

Responding to news that the next World Meeting of Families is to take place in Ireland and the possibility of a papal visit for the gathering, Bishop Leahy said it was too soon to say if this would happen but should it go ahead, it would be a pivotal moment for the Church here.

“Anyone who had the joy of experiencing and can recall Pope John Paul II’s visit to Ireland in 1979 would recall the wave of enchantment and deep spirituality that came over the country around that visit.

“It was one of the great moments in the history of Limerick and should Pope Francis return to Ireland and Limerick, I have every confidence it would be the same all over again,” he said.

In 2013, Bishop Leahy recalled how the Pope’s “eyes lit up” when he told him he was from Limerick during a meeting in October of that year. “I said to him ‘I come from Limerick’ and his eyes lit up. He said ‘Limerick, I know it, I was in Ireland’,” said Bishop Leahy at the time. Speaking this Wednesday, Minister for Finance Michael Noonan said he would “very much welcome the possibility of a papal visit in the future”.

“I remember the excitement when Pope John Paul II visited Limerick back in 1979. There was massive excitement in the racecourse when hundreds of thousands of people came from all over the country to be part of the event. Another papal visit would cause great excitement and the Pope would be very welcome in Limerick,” he said.

Bishop Cullinan met Pope Francis for the first time a fortnight ago during which the Pontiff asked him to pray for him.

“He met all the newly appointed bishops of the world in Rome on September 10. I was there amongst the 128 bishops. I got a one-to-one. I just had a private little word and he said to remember to pray for him as he prays for Ireland.”

Bishop Cullinan thinks Pope Francis “would love to come to Ireland”. He described his as “warm, down-to-earth- and a very simple man”.

“In the States he had 90% approval rating which is extraordinary and the crowds that followed him were really tremendous. I think a visit by the Pope would be great for all of us – it would give us all a lift.”

The first and only visit ever made by a reigning pope to this country saw the largest ever gathering of Irish people in one place at the beginning of a three-day trip by John Paul 11 in 1979.

Around 1.25 million people – or one third of the population at the time – turned out to greet the Pope as he presided over the opening Mass of his visit in Dublin’s Phoenix Park.

On October 1, 1979 an estimated 400,000 people converged on Greenpark racecourse on South Circular Road, Limerick where Pope John Paul celebrated Mass. The gates opened at 3am but hours before that people from all over Munster and beyond made the journey to Limerick in an attempt to secure the best possible vantage point for when proceedings got underway at 10am. The Pontiff urged the then government not to bring in divorce, one of the big social issues of the time. Legislation permitting Irish couples to divorce was brought in after a referendum in 1995.

During his address Pope John Paul also described abortion as one of the “abominable crimes”.

“May Ireland never weaken in her witness before Europe and before the whole world to the dignity and the sacredness of all human life, from conception, until death,” he said.

“Your homes should always remain homes of prayer,” he said, before departing for Boston.