My Week: ‘My diagnosis is in from Doctor Noonan’ 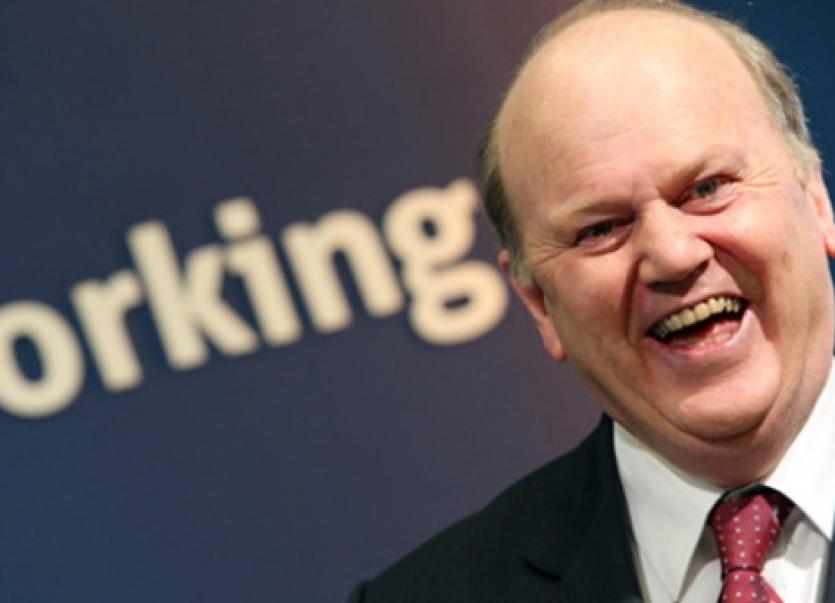 ALL this hoo-ha over Michael Noonan’s asser-tion that some people are allergic to work leaves me cold. You’d think an aversion to work was a cardinal sin or a serious illness, the way people are reacting. Some people even think it’s a slur on their characters.

ALL this hoo-ha over Michael Noonan’s asser-tion that some people are allergic to work leaves me cold. You’d think an aversion to work was a cardinal sin or a serious illness, the way people are reacting. Some people even think it’s a slur on their characters.

I had a lifelong allergy to work myself and although I always worked for a living, I wasn’t always happy about it. I don’t know how many times I broke out in a rash at the thoughts of what I had to face on a Monday morning and once, when my blood pressure spun out of control, I told my doctor that the alarming reading was work-related – in the hope that he’d give me a sick cert instead of an increased dose of meds. Wishful thinking!

“You should have my job!” he said sardonically.

The thing is, I didn’t even know I was afflicted with a work allergy until I heard Doctor Noonan’s diagnosis, and I have to say it came as a great relief. Now, at least, I can put a name on it.

I couldn’t just walk off the job sneezing into a sodden hanky and join the dole queue because of bureaucratic demands – as well as the fact that I was paying off a car loan. But I used to dream constantly of winning the lottery and walking into the boss’s office and telling him what to do with the job.

You know something, I now think I must have been suffering from a near fatal dose of work allergy and maybe should have given up and thrown myself on the mercy, and opprobrium, of the welfare state.

The funny thing is that a friend and I were discussing Minister Noonan’s outburst during the week, and while I was defending those who would prefer not to work if all that was on offer was too back-breaking, humiliating, poorly rewarded or simply a dead-end job, she was defending the Minister and saying how right he was. “Some people wouldn’t get up off their backsides and do a day’s work if it was to save their lives,” she righteously declared. Later, when we had moved on to a different topic, I asked her what she would do if she ever won the lottery. She didn’t hesitate for even a moment “The first thing I’d do is hand in my resignation from work,” she said. Now is that being delusional, or is it a common symptom of work allergy?

Certainly, it wasn’t Minister Noonan’s finest hour, but I don’t think he expected anyone to take his remarks personally, except maybe the Kilkenny Chamber of Commerce whose members no doubt cheered him to the rafters. They would have no idea how debilitating a work allergy can be. However, I sincerely hope that the Minister himself would be the first to applaud anyone who rejected a slave labour exploitative offer of work, even if it meant passing up on a chance to reduce the live register by one and make the rest of us feel good.

Some of the very people who are now professing the greatest outrage at the Minister’s remarks have been known to harbour the same sentiments themselves about the long term unemployed. During the recession when the Social Welfare Bill soared to unexpected levels, they were convinced that it was down to fraud rather than people losing their jobs and being forced to avail of benefits. They were always cribbing about the plight of the PAYE worker and the so-called perks available to those who have to live on Social Welfare benefits? Sometimes you’d think they were afflicted with dole envy, the way they carried on.

The general consensus was that some people wouldn’t work because they were better off on the dole. Maybe they were and maybe they weren’t, but when it came to providing incentives for people to get off the dole, nobody thought of making work more attractive and less allergenic.

The best they could come up with was to make life on the dole less comfortable, a bit like the mindset that introduced the workhouses to relieve rampant poverty in Victorian Britain.

They went to extraordinary lengths, including separating families, to make the workhouses as cold and unwelcoming as possible so that no inmate with any bit of dignity would dream of prolonging his stay.

Hard work and graft are of course virtues to be applauded by any society.

Apart from boosting the economy, hard work is, after all, what makes millionaires of those who were born without either a silver spoon or a dollop of lottery luck in their  mouths.

But some of us would prefer to take it easy. Others, mainly because of how society operates, have little option but to avail of state benefits or take up some menial, badly paid job that quite honestly would give anyone an  allergy.