A cycle of success: Rás Luimní gets in top gear this weekend 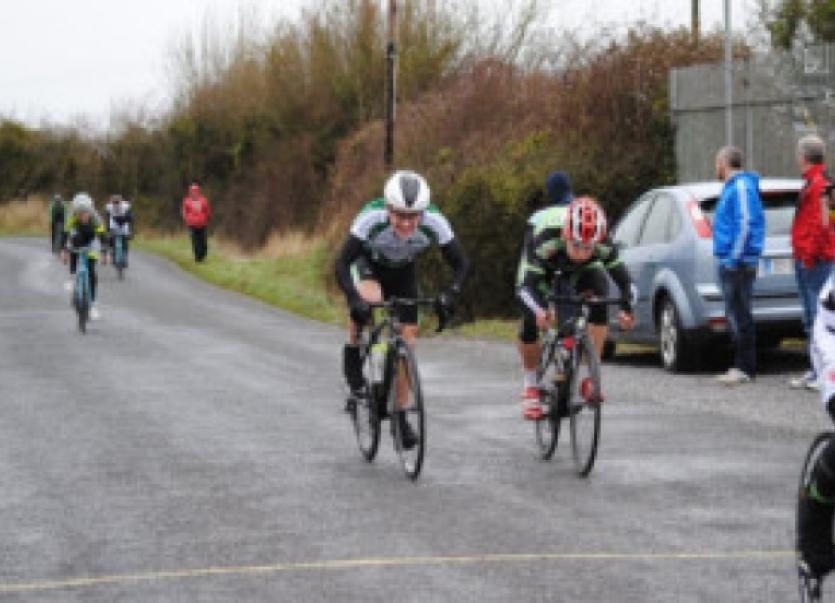 Rás Luimní has been chosen to host the first round of Cycling Ireland’s new national league format, which will attract the country’s top cyclists.

Rás Luimní has been chosen to host the first round of Cycling Ireland’s new national league format, which will attract the country’s top cyclists.

“This year the race enjoys elevated status as it is the curtain raiser for Cycling Ireland’s new national series, which will be contested by the top cyclists in Ireland over the duration of the racing season.

“This sets the scene for a great spectacle on the roads around Caherconlish, Ballyneety and Herbertstown. As host club, Limerick Cycling Club invites the public to experience the excitement and thrills of road racing at its best in Ireland,” said David Bourke, PRO.

One to watch will be 18-year-old Mark O’Callaghan, from Mungret.

“He came third against some of the best riders in the country, who would be a few years his elder, at last week’s Michael Shiels Trophy race in Broadford, We have a fine crop of young cyclists and Mark is showing great promise. He will be taking aim at another podium finish at his own club race this weekend,” said David.

The riders will leave the Millennium Centre at noon and after a short briefing by officials, the race will start near the tennis club.

“The race circuit is 30kms long and travels to Ballyneety, turning left at the village and taking the main road to Holycross. They will turn left at the next junction to Herbertstown, passing the Honey Fitz pub, turning left back to Caherconlish.

“The race finish line is just past the tennis court grounds outside the village, so this uphill finish, as ever, should provide a real spectacle as the riders battle it out and ‘empty their tanks’ in pursuit of glory and national series points,” said David, who added that they were honoured to be chosen to host the first round of the new league.

“They recognised that Limerick is one of the elder clubs in the country with good expertise in running road races in terms of public safety and quality of racing. It is one of the longest running and most significant races on the national calendar,” said David.

There will be a full senior and junior category race card for men and ladies. Race 1 will be the top billing of A1 and A2 riders over four gruelling laps. Race 2 will be A3, juniors and veterans over three laps and race three will be A4 level over 2 laps. All races will run parallel, commencing at 12.30pm. Prize-giving will take place after the race at the Millennium Centre where refreshments will be provided.

“The club race committee have been busy over the last few months and this year expect towards 300 competitors from clubs all around Ireland. With the four day Rás Mumhan coming up at Easter time, riders will be looking at Rás Luimni as an opportunity to prepare themselves, and test their legs against their winter training. Limerick Cycling Club would like to thank its sponsors and all those who have helped in preparing the event, as well as the locals in Caherconlish, Ballyneety and Herbertstown for their patience on what is a busy day on the roads in their area,” said David. More information at www.limerickcc.com