Don’t Mind Me: ‘Can we level the playing ground for everyone?’ 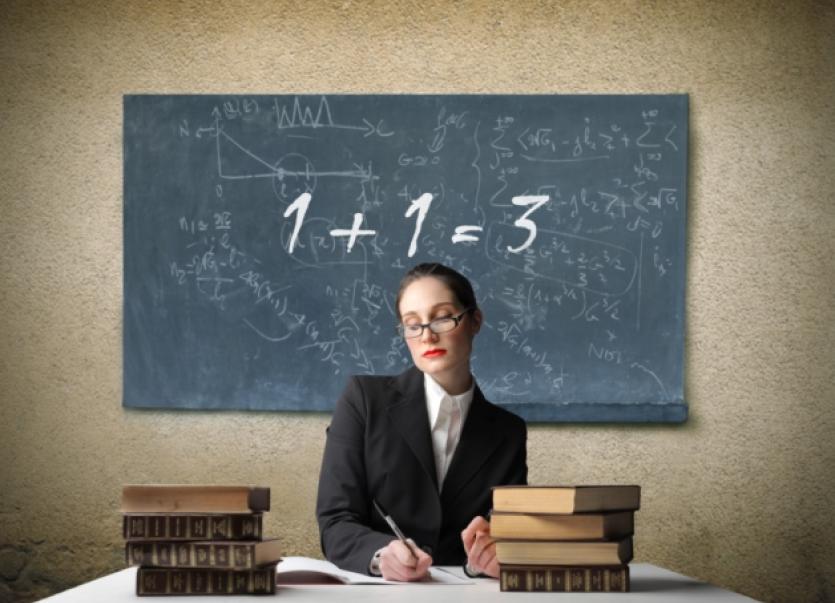 MINISTER Jan O’Sullivan is ploughing ahead with the planned reform of the Junior Cert without the teachers whose marathon talks last week had the nation in suspense before plunging us all into a state of anticlimax. The teachers have now decided they’d like to continue talking. I don’t understand. I spent most of my schooldays outside the door, as punishment for talking.

MINISTER Jan O’Sullivan is ploughing ahead with the planned reform of the Junior Cert without the teachers whose marathon talks last week had the nation in suspense before plunging us all into a state of anticlimax. The teachers have now decided they’d like to continue talking. I don’t understand. I spent most of my schooldays outside the door, as punishment for talking.

I have to say at the outset that I’m a big fan of the Minister, who was nice to me in a previous life. But I have reservations about teachers assessing any of their own pupils for certification of any kind. However, it has to be better than the current rote learning system where kids are now Googling essays, learning them off by heart and matching their memorised lines to whatever title might come up on the day. It beggars belief, but I’m told that it’s a definite indication of advanced logistical thinking. No wonder they get in a flap when something they don’t recognise turns up on an exam paper.

The funny thing is that this may very well be what Google and other potential multinational employers are looking for – school leavers who are extremely well educated, but who have banished all traces of original thinking from their heads. Or would they prefer to have them certified as model pupils?

The reason why I don’t agree with teachers assessing their own pupils is because I know in my heart that if I was a teacher marking a nephew or a niece or even a neighbour’s child, I’d be inclined to give him or her a few bonus points just for having the good fortune to be connected to me. Now, not for one moment am I suggesting that any teacher is as lacking in integrity as I am. What worries me is that they’re up against the expectations and perceptions of a post colonial society, which despite all its righteousness, is still not averse to the notion of pull or, at the very least, a blind eye.

Like many others in this country, I have a post colonial hang-up myself about public servants who do their duty without fear or favour. The same hang-up is at the root of the penalty points controversy. I don’t know where I got it, if it wasn’t from an ancestor who was a Terry Alt or from another who ran a shebeen in the mountains during Catholic Emancipation. “Over zealous” was how we euphemistically described inspectors, gardai and traffic wardens who stuck to the rules. What we called them in private, you don’t want to hear. The kindest I heard in my time was “he’s a typical civil servant”. The worst was a farmer who chased a Department inspector off his land, armed with a pitchfork. What he might do to a teacher who gave his son or daughter a poor grade in the Junior Cert, doesn’t bear thinking.

Nevertheless, despite the challenges posed by such human frailties, I think the teachers unions are putting too much emphasis on the reform of the Junior Cert at a time when most of their younger colleagues have been hung out to dry without much protest from their unions. If it’s fight they want, then there is a battle to be won, but it isn’t the one they’ve taken on. I haven’t a doubt in the world but that many young recruits to the profession would sacrifice all their misgivings about assessing their own pupils if they could only secure a permanent job, with full hours, and a salary that would at least reflect the responsibilities they shoulder, not to talk of the years of study they put into getting where they are. Now they’re being asked to assess their pupils for 40% certification without any extra pay or even a guarantee of job security. Are they even going to get protection if someone comes after them with a pitchfork?

I wanted to be a teacher myself in my younger days because of the status and the salary and the added bonus of a shorter working day and longer holidays. Not very altruistic, you might say, but I had that too in bucketfuls, or I thought I had anyway. The only thing standing in my way at the time was that I couldn’t sing.

The singing is gone, but so is the salary, and the status has long been undermined by part-time positions and short hours, and the advent of JobBridge teachers working for €50 on top of the dole.

The status of a newly qualified teacher now sounds like a Standard and Poor’s description of the Irish economy in 2010. Even the altruism is wearing thin under the strain of impossible demands and low morale. Croke Park hours have played havoc with the working day, and the long summer holidays loom like a pending nightmare to many young fully qualified teachers who won’t get paid because they’re employed on a maternity leave contract that ends in May. They will have to spend the summer travelling up and down the country doing interviews for posts, some of which are already filled, but which have to be advertised anyway to ensure that the perception of fair play is upheld.

Also, what are the teaching unions doing about the plethora of daft titles and contracts under which young teachers, particularly at second level, are now employed? Some are offered ‘hours’ which means nothing short of penury; others are on ‘fixed contracts’; some are permanent part-time, and yet others are temporary whole-time or some other idiotic description. The light at the end of tunnel apparently is a ‘Contract of Indefinite Duration’ for those who stick the course. El Dorado or what?

I would have thought that any union worth its salt would prioritise the levelling of the playing field among its own members before embarking on a war of resistance against the proposed reform of an examination that doesn’t really qualify anyone for anything anymore.

All teachers, like all public servants, suffered from the effects of austerity, but the older members of the profession, unlike new entrants, did well enough out of the upheavals of recent years.

If the teaching organisations want to call themselves trade unions, then maybe they should be demanding an end to pay inequalities and unacceptable conditions in the classroom. They should be concentrating on getting justice for their younger colleagues before they start fretting about the effects of the new Junior Cert on their pupils.