Olive to fulfil life-long dream to ride at Cheltenham 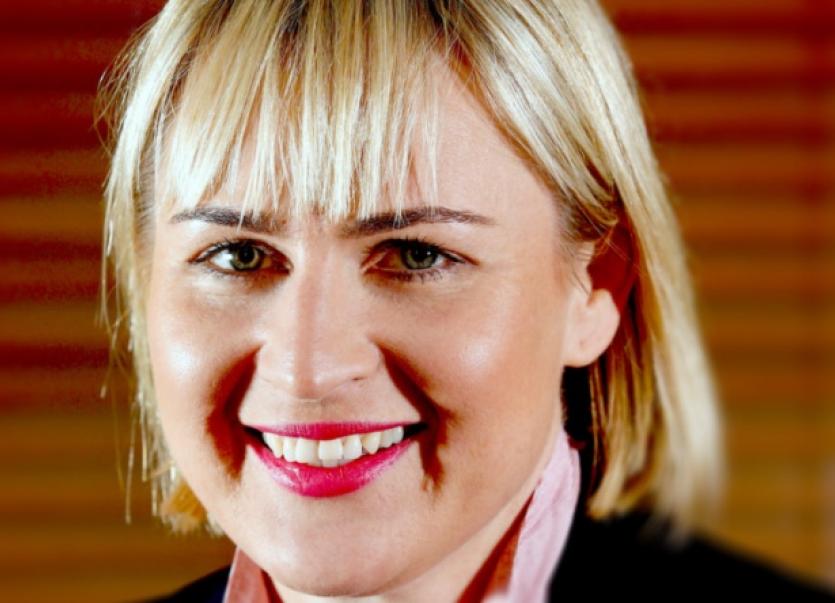 A COUNTY Limerick woman is counting down the days to March 12 when she enjoys a once-in-a-lifetime opportunity to race up the hill at Cheltenham having been chosen to take part in the charity race during the famous festival.

A COUNTY Limerick woman is counting down the days to March 12 when she enjoys a once-in-a-lifetime opportunity to race up the hill at Cheltenham having been chosen to take part in the charity race during the famous festival.

Olive Murphy from Patrickswell has been selected as one of 12 riders to take part from over 100 applications received.

The St Patrick’s Derby is a charity flat race run on the third day of the Cheltenham 2015 festival. The race will be run for the first time in aid of the Injured Jockeys Fund.

Olive is delighted to have been selected and along with her extensive riding experience she has a number of strong personal motivations to participate.

Following the birth of her second child in 2013, Olive was diagnosed with thyroid cancer. Following surgery and treatment she is very thankful to have made a recovery to full health and participation in the race offers Olive a very rare opportunity to fulfill her longtime dream of riding at Cheltenham.

“The training has started,” smiled Olive this week. “I’m riding out in Michael Hourigan’s yard at the moment. His daughter Kay is putting me through my paces at the moment.”

She is also very happy to have returned to work with Aer Lingus cabin crew, based in Shannon.

As an owner and a breeder, Olive’s late dad, Donal O’Brien from Clarina, was a very active member of the racing community in both the UK and Ireland and Olive would like to ride in the race to celebrate his memory.

Her strongest motivation however, is rooted in her life-long friendship with injured jockey, JT McNamara who was seriously injured in a race during the Cheltenham Festival of 2013. As children Olive and JT hunted ponies together, going on to compete together as a pair in hunter trials and finally competing against one another on the point-to-point field.

“The charity race will take place almost two years to the day that JT had his tragic accident at the festival so riding in the race will be particularly poignant for me but through participating in this race, I feel that I can contribute in a meaningful way to the invaluable work of the Injured Jockeys Fund as they facilitate the treatment, recovery and enhance the quality of life of our injured jockeys,” said Olive.

Olive is married to John Murphy and they run the Cu Chulainn Bar in Patrickswell. Olive went to Cheltenham for the first time this year as a birthday present from John. “It was fantastic - I loved it. It’s unreal that I’m going back the second year and riding there. I can’t wait to come up that hill.”

“I always cheered on the local jockeys Andrew McNamara and Robbie McNamara and JT. This time they will be cheering me on coming up the hill.”

Her two children Kate, 4, and Ethan, 2, are also looking forward to seeing mum in action.

Each of the riders is required to raise a minimum of £5,000 (€6,500) however Olive hopes to significantly exceed this target with a series of fundraising activities beginning with a monster draw taking place on St Stephen’s Day on day one of the Christmas Racing Festival at Limerick Racecourse. A long list of prizes include return flights to London Heathrow with Aer Lingus plus two nights hotel stay and dinner on one evening.

Tickets, priced at €10, will be on sale from the Cu Chulainn Bar, Patrickswell from Monday December 22, and at Limerick Racecourse on December 26. For further information contact Olive at OliveChelthenham2015@gmail.com