Don’t Mind Me: ‘I’ll eat my words and invest in that old cook book’ 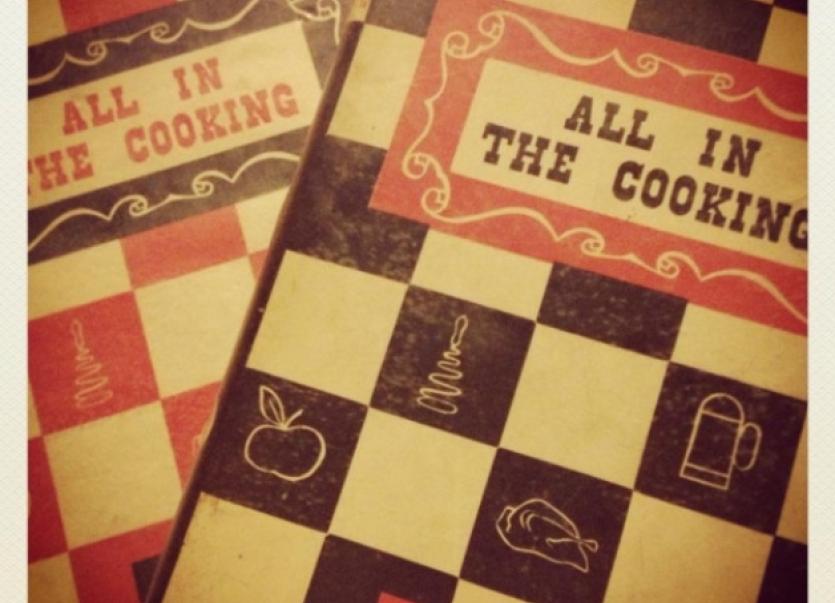 BACK in the days when we fed kale to cattle and wouldn’t dream of grazing on the vitamin rich greenery ourselves, I had a friend who was at least a century ahead of her time in haute cuisine. She introduced me to sweet and sour and hot curries long before my palate was ready for such daunting experiences. I thought she would become a famous chef. Instead, she ended up working in the financial services – “cooking the books”, as she once quipped.

BACK in the days when we fed kale to cattle and wouldn’t dream of grazing on the vitamin rich greenery ourselves, I had a friend who was at least a century ahead of her time in haute cuisine. She introduced me to sweet and sour and hot curries long before my palate was ready for such daunting experiences. I thought she would become a famous chef. Instead, she ended up working in the financial services – “cooking the books”, as she once quipped.

Imagine my surprise then when she rang me the other day in a state of utter euphoria. Had I heard the great news, she asked breathlessly. ‘All in the Cooking’ is being re-issued this month.

“All in the what . . . .?” I asked somewhat disingenuously. How could I forget that ubiquitous text book of Domestic Science classes nationwide from the 1950’s to the 1970’s? But although the title itself brought back a flood of memories, I wasn’t exactly bowled over by the news of its resurrection. I was never really a big fan of ‘All in the Cooking’, which, to my utter astonishment, has become something of a collector’s item in the decades since it went out of print. An old copy of ‘All in the Cooking’ is currently selling on eBay for €200. I sold mine in the 1960’s for a shilling, during a period of destitution, before I had even sat the Leaving Cert.

It seems, however, that I’m alone in my insouciance. Many of my contemporaries would kill for a copy of the vintage cookery book and others still treasure their own copies from their school days. I’d say they were trying to hold on to their youth if they weren’t so dismissive of nostalgia in general. “There was never a cookery book quite like it and there will never be one like it again,” I was told.

The reason why I harboured a lifelong distaste for ‘All in the Cookery’ was because it set out, unapologetically, to make domestic goddesses of us all. At the tender age of 12 or 13, I think I did have some ambitions towards sainthood, but the last thing in the world I wanted to be was a domestic goddess. Fed on a diet of novels like ‘Knocknagow’, I was terrified that I might be sent out to work as a cook in the Big House if I showed even the slightest aptitude for the culinary arts.

Resisting all domestic impulses, I announced to all and sundry that I wanted to be a journalist. At that stage, I think it was the free meals I was after.

I was also wallowing in victim status from the gender inequality symbolised by the success of ‘All in the Cooking’. The boys were studying ‘real’ science subjects like Physics and Chemistry while we were forced to make do with Domestic Science. They eventually changed it to Home Economics but it was too late for me.

Naturally, with such baggage, I was the worst student in Domestic Science class. Even ‘All in the Cooking’ could do nothing for me. The nun who taught us told me to go home and practice a few recipes from the book before they could let me loose in the school’s brand new cookery room. My mother was dismayed. She said it was hard enough to feed us every day without having to provide expensive ingredients for me to practice on as well.

Eating the results of my cooking practice was never even contemplated by anyone in the house.

The first dinner I was allowed to tackle at school was an Irish Stew. I gave the whole weekend before the big cookery lesson searching the town for a bay leaf to put in the ‘bouquet garni’, as ordained by ‘All in the Cooking’. One exasperated grocery owner, who had no idea what I was looking for, told me it was far from a bouquet garni I was reared.

Because of the classroom restrictions on time, the stew had to be cooked in a pressure cooker and I had never come in contact with a pressure cooker before. I can’t remember what went wrong but they were scraping mutton off the ceilings for days afterwards, while the hard sourced bouquet garni just vanished completely off the face of the earth.

Another memorable recipe from ‘All in the Cooking’ was for a stuffed sheep’s heart. I prayed to every domestic goddess in the book that I wouldn’t get it, but I did. The heart was hard sourced too. You had to order it from the butcher a week in advance and then spend days in queasy anticipation.

Before I even got to prepare the heart for the oven, Sr Brigid decided to use my sheep’s heart to demonstrate the workings of the powerful muscle - seeing that there was a bit of physiology on the curriculum too - and invited us to stick our fingers in the aorta and the ventricles before I put in the stuffing. When it was cooked, she insisted on me sitting down and eating it like a juvenile vampire.

The real appeal of ‘All in the Cooking’ now is mainly sentimental. It represents a time when women gloried in their domestic capabilities because there wasn’t much more they could glory in. It was also a time when nearly everything we ate was sourced locally and was uncontaminated, for the most part, by nasty preservatives and additives. We had no idea that there was a convenience food revolution just around the corner, that we wouldn’t even have time to prepare a sheep’s heart and that one day we’d be sticking raw carrot and celery sticks in a salsa dish for lunch. We couldn’t even envisage the wonders of the microwave oven or the juicer.

So for old time’s sake then – and nothing else, mind you – I think I’ll eat my words and invest in a copy of ‘All in the Cooking’.