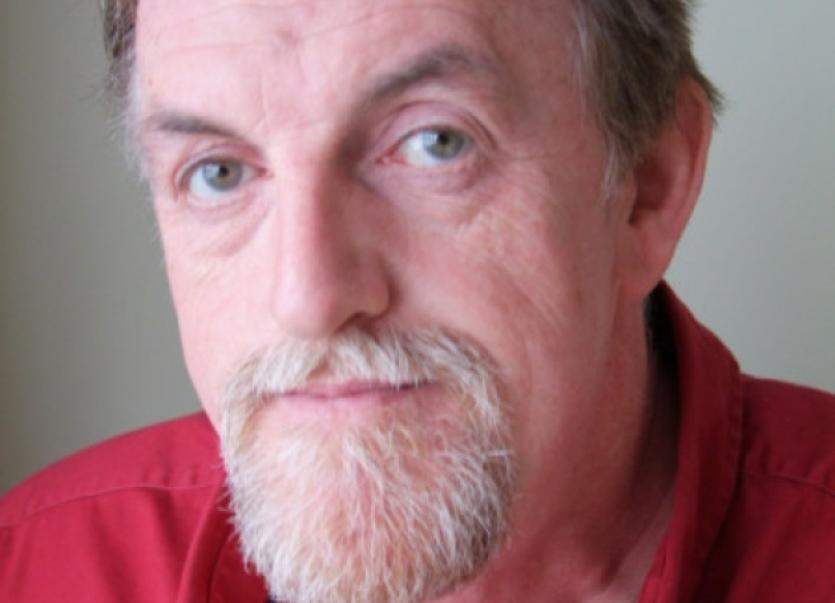 Originally from Thomondgate, I now live in Corbally with my wife Sandra, and two children, Seán and Caitríona.

Originally from Thomondgate, I now live in Corbally with my wife Sandra, and two children, Seán and Caitríona.

For my education I attended the Model Primary School and Ard Scoil Rís Secondary School. I still have an interest in photography, as my late father, Pat, was a professional photographer. Along with his brother, John, he ran the Echo Photo Service from a now demolished building on Sarsfield St. My main passion today is for the theatre, either on stage or backstage and when I am not directly involved I like to go and see a play or a show.

Following the demise of ‘pirate radio’ I became involved in local drama.

I was involved with ‘Big L’ for many years, both as a presenter and as a sound engineer. I presented weekend request shows and, also, a midweek traditional Irish show. I was, also, a sound engineer for many years on the late Tom O’Donnell’s weekly show. While at ‘Big L’ I met many people with a passion and love for music, such as Paddy Brennan, Vincent Prendergast and Tom O’Sullivan, and DJs like Declan Copues and John Ryan. However, my first venture into drama was with the Granary Players, with whom I appeared in many productions, including One Flew Over The Cuckoo’s Nest, I Do Not Like Thee Dr. Fell, and Dancing at Lughnasa. Recently, I, also, began performing with the Torch Players, playing the role of Fr. Devlin in their recent production of, The Shaughraun.

I admire people who are passionate about what they do, whether that be stamp collecting, sport, theatre or whatever.

Once you give one hundred percent, then, whatever the outcome you should be proud of your achievements. Limerick is a great place to live. Although a city, it still has a small town feel to it. People know each other or someone belonging to them. There is, also, a great neighbourhood spirit (as per Going for Gold) and our sporting tradition is known the world over.

One of the highlights of my career was being given the opportunity to play Fagin in The Cecilians’ production of Oliver.

I, also, appeared in Mirage Theatre Company’s production of The Lonesome West and The Weir and with Bare Space in The Threepenny Opera. When The College Players returned to the stage in recent years I was lucky enough to be cast as Ivan in their production of Conor McPherson’s The Seafarer. Like a lot of local actors, I have had parts in two episodes of the TV comedy series Killinaskully, which was made locally by Pat Shortt’s production company.

Currently, I am in rehearsal for Limerick Panto Society’s production of Cinderella at the Lime Tree Theatre.

This is the society’s 30th consecutive production and as one of the founders I became a member at its inception in 1985. This year I have had the pleasure of playing the role of the ‘baddie, Count de Monet who is Cinderella’s unwelcome suitor. This role comes hot on the heels of the dastardly Captain Hook in last year’s acclaimed production of Peter Pan and previously Abanazar, the evil magician, in Aladdin. I fell into the ‘baddie’ role after the passing of the late Basil Collinson, one of the city’s greatest pantomime stars.

As this is our 30th production we are pulling out all the stops.

Production started in mid-summer with set design meetings and construction starting soon thereafter. We are lucky to have a wide membership base with a myriad of talents. Older members with construction skills and younger ones with computer design skills merge seamlessly to deliver the goods. Since the retirement from set painting of Jim O’Farrell, one of the city’s foremost scenic painters, I have inherited the job of painting Limerick Pantomime sets also. For a number of years, now, I have, also, been writing the script for the annual Pantomime. Previously, the only scripts available were from England and needed to be adapted so we decided to write our own. This meant that we could write characters to suit our own cast which is more relevant to Limerick audiences. All this is quite time consuming, but luckily I have a supportive wife and family, who are, also, involved in Panto (Sandra is our Costume Mistress and Caitríona is in the chorus).

Royal De Luxe Giant Granny’s visit was outstanding being a real once in a life time experience for those watching, and an unbelievable experience for those lucky enough to be involved. It brought to mind Limerick’s own lamented street theatre group, The Umbrella Project, obviously not on the same scale, but an exciting experience none the less. I have fond memories of parades in Limerick and Dublin, where we represented Limerick in the National St. Patrick’s Day events.

City of Culture brought more people back to the theatre, which is a trend that will hopefully continue.

We always seem to come out and support the touring companies like Druid and Abbey and not so much the locals. I, often, wonder, when I see a full house at one of their shows, where were all these people last week when it was one of the local groups on stage? It has, also, been a great opportunity for local artists, writers and performers to bring to fruition seeds that may have been germinating for several years. All this serves to highlight the abundance of talent that is available in Limerick; a fact that was well known to those of us involved, but now, thankfully, more widely appreciated, not only in Limerick but across the country!

John Finn will perform in Limerick Panto Society’s (limerickpanto.com) 30th Annual Production of ‘Cinderella’ which runs from Saturday 27 December until Sunday 4 January, at the Lime Tree Theatre. For more information, and for booking inquiries, please call: 061-774774 or see: www.limetreetheatre.ie