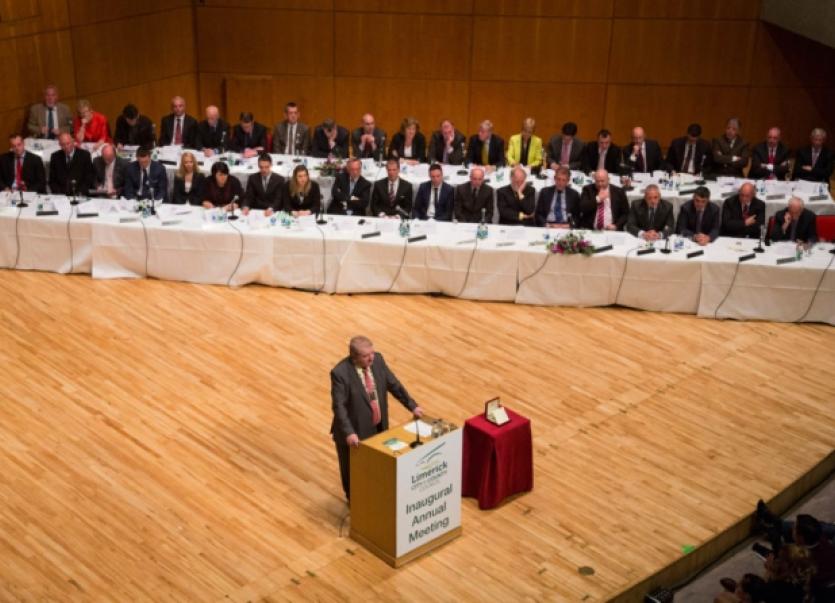 NINETY per cent of the population don’t know anything about the amalgamation of Limerick City and County Council and they don’t even know the councillors out there at present, according to Limerick publican Dave Hickey.

NINETY per cent of the population don’t know anything about the amalgamation of Limerick City and County Council and they don’t even know the councillors out there at present, according to Limerick publican Dave Hickey.

The proprietor of South’s Bar on O’Connell Avenue in the city says he hasn’t seen any major changes since the unified authority came into effect in June.

“I suppose the only change is free parking this week, after lunch, which I suppose is a good thing. The reduced rates that we got are going to go back up again.”

The big issue, Mr Hickey says, is jobs. “The bottom line is people. At our end of town, there isn’t enough offices - there are a lot of places up for sale, a lot of empty buildings. We would prefer to see the council do a lot more with them.”

Limerick now has two mayors after councillors voted to do away with the title of Cathaoirleach, and create an office of City and County Mayor for Kevin Sheahan of Askeaton. Michael Sheahan of Monaleen is the mayor of the metropolitan area, which covers the city only. “The mayor is in nearly 12 months - I don’t know him and I have never met it. I know Sheahan, the fella in Askeaton but not the other mayor. There seems to be confusion between the two of them - they are looking for more power or more media attention.”

Out in the county the big talking point since the amalgamation is rates.

“There is the increase in rates for the likes of ourselves and other businesses in towns like Bruff,” said Mark Nagle proprietor of EuroSpar in Bruff.

From a community perspective, he says, “there would be a worry that the bigger towns would flourish and the smaller towns and villages would get left behind a bit. “You have one big brother there and that’s the city, and the county towns will come after that.”

While the businessman got revised rates recently “they are still a bit up in the air”.

“You are talking up to three times what you would have been paying initially and there is obviously not the footfall coming into towns like here to warrant that. It’s very hard to see a justification for that. We don’t have the luxury of the huge footfall that is in the city.”

Catherine Regan of Regan’s Centra and forecourt in Pallasgreen says at a practical level, they haven’t seen any change yet since the amalgamation but rates continue to be the big worry.

“I know a lot of retailers have got some revised figures and we just got ours the other day and while they have made some reduction in the valuations, if the city and county apply the proposed multiplier, it will still put us in an extremely difficult position. The correspondence I have had from councillors has all been very supportive but 2015 is when we will practically get down to seeing what we are going to be looking at in terms of an actual bill from the council.”