Lone parents in Limerick protest against cuts to allowance 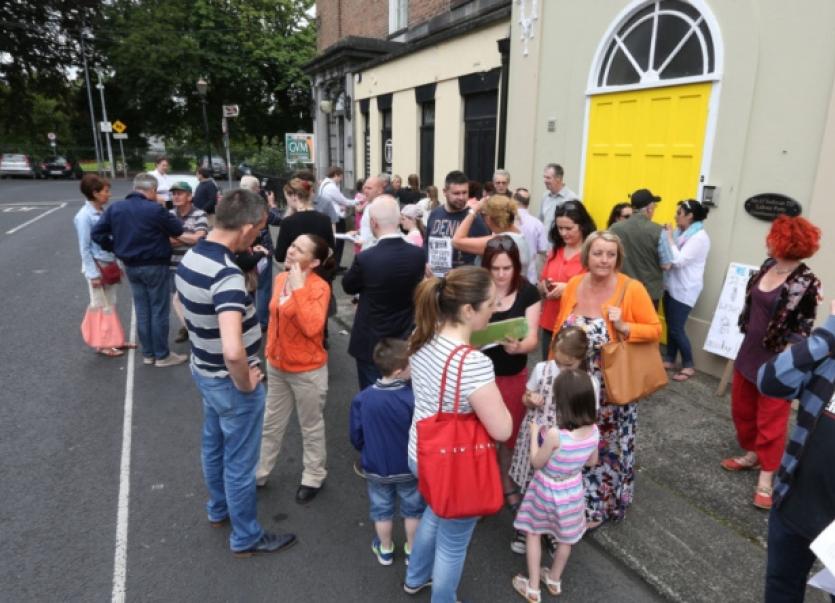 Under reforms which came into effect last week, some lone parents could lose between €36.50 and €86 a week.

Until recently, single parents with children up to 18 could claim the allowance. Now, this is only available for youngsters up to seven.

There were angry scenes in Hartstonge Street at the rally, held to mark the first day the cut came into force, last week.

Placards held up accused the Labour party of being “liars”, while a little girl carried a poster with a photograph of Social Protection Minister Joan Burton which read ‘Aunty Joan, Anti-child’.

Another protester asked: ‘How will I feed my family?’

Niamh Galligan from Corbally said: “We are second class citizens in our own country. We have no rights, our children have no rights. Why are they not going after the partners that have not supported their children? Why are they penalising us? I go to college, I go to work, why am I being stigmatised? I didn’t set out to be a single parent.”

Garryowen mum Niamh Dillon’s daughter will turn seven in October, so she will lose the lone parent support.

The UL student said: “I am not sure what my options will be then. If I go on back to education allowance, I will lose my maintenance grant of €60 a month. At the moment, I am getting an after-school childcare subsidy. That runs out next week, so I am going to be €85 a week out of pocket.”

Jackie Clancy, St Joseph Street, who works part time, says she stands to lose €160. “It is totally ridiculous what is going on. I don’t think she [Ms Burton] realises what is happening on the ground,” the mum-of-one said.

However, Tanaiste Joan Burton has defended the cuts to the grant, saying it will mean more single mothers and fathers who work will get more money.

She indicated that protest groups who oppose the cut have a “political motivation to limit the lives of people dependent on social welfare”.

Ms Burton, the minister responsible for the changes, was in Limerick for a Labour party think-tank.

She said these reforms are necessary “if we are serious in tackling the problem of poverty among single parents”.

“It is very simple. If people move to a 19-hour working week at a minimum wage for a single lone parent who has one child, that will give them an income on social welfare of €218. If they got 19 hours a week at the minimum wage, they would get €165 for that, and from the family income supplement, and the return to work family dividend, they would get €230. So that would bring their income up from €218 a week to just about €400 a week,” she illustrated.

Protesters have accused Ms Burton of “stigmatising” lone parents, and being “anti-child”.

But she said: “We can actually lift a lot of lone parents and their children out of poverty. I have never made a secret of the fact that the job of the Labour party is to help people get into work, to move on, and get financial independence.”