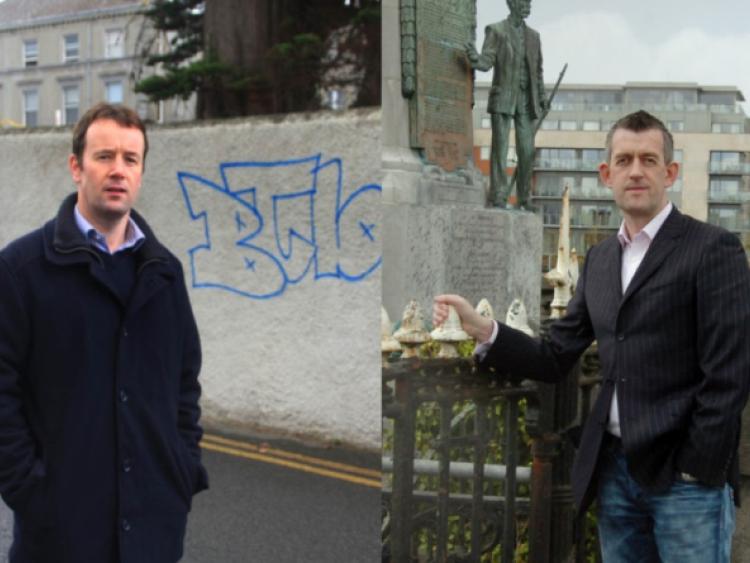 The Labour leader said Cllr Quinlivan should do this because he has apparently decided not to honour an agreement which would have delivered the chairmanship of the transport and infrastructure committee to Cllr Frankie Daly.

However, Cllr Quinlivan described Cllr Leddin’s comments as “laughable”, and accused him of “throwing his toys out of the pram”, claiming he “only wants the position for himself”.

The Sinn Fein-Labour pact, it is understood, broke down when Cllr Daly did a deal with Fianna Fail to secure a seat on the Paul Partnership without the prior knowledge of Cllr Quinlivan.

“Whatever disagreement Cllr Quinlivan has with his northside colleague Cllr Daly should not impact on the agreement we made last year as respective party leaders,” said Cllr Leddin.

“If Cllr Quinlivan no longer wishes to honour the agreement he made with the Labour party that facilitated his appointment as chairman then he should do the honourable thing and resign and let the council decide who should chair the transportation committee.”

The deal would have seen Sinn Fein hold the chairmanship for three years, and Labour for the other two. The two parties would also have supported one another’s candidates for the mayoralty.

However, that deal has now fallen by the wayside.

Cllr Leddin - who is the first Labour councillor to speak on the breakdown of the pact - said he made regular phone calls to Cllr Quinlivan.

In response, Cllr Quinlivan said: “He is asking me to resign so that he can get the job for himself - which tells you all you need to know about the priorities of the Labour party on this council. Poor Joe is so busy throwing his toys out of the pram that he must have forgotten that it was his party, Labour, that broke the arrangement that was made with our party.”

He said the agreement was broken “almost as soon as it began” by Cllr Daly, adding: “Perhaps Joe should have a chat with Frankie - that’s if they’re still talking to each other.”

Cllr Quinlivan again confirmed that he would not be standing down.

“My main project and aim is to deliver for the people of Limerick and I am not going to be distracted from that.”