Two wins and a baby for Limerick’s Aisling Fox 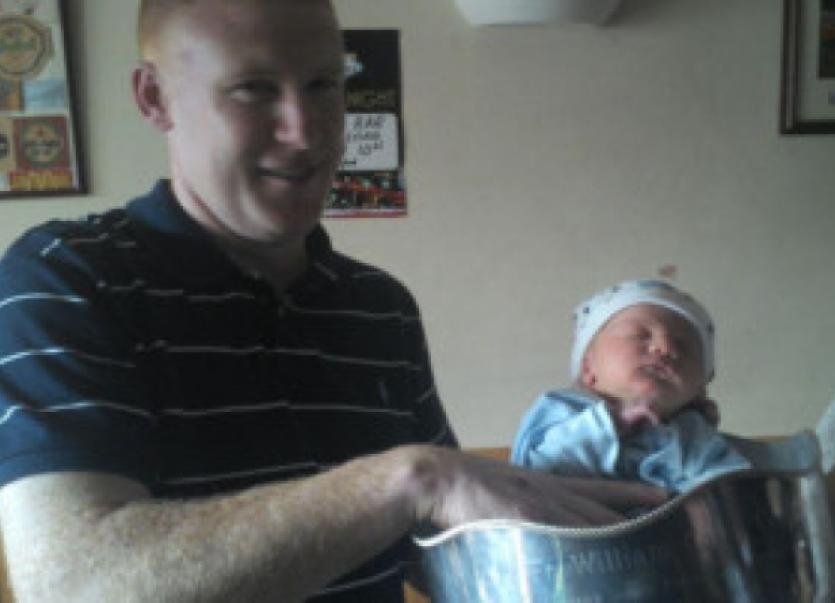 AISLING Fox is still pinching herself!

AISLING Fox is still pinching herself!

Not only did she give birth to her first son last week, but on Sunday her husband’s home team Ballylanders claimed the county senior football title and, on Monday, she scooped €10,000 in a local GAA lottery.

The mother-of-two was at home in Ballylanders feeding her newborn son Tomás on Monday night when word came through of her big lottery win.

“I was just sitting down at home getting to grips with everything that had happened – we had our little son and Ballylanders had just won the county when David Ryan of Garryspillane GAA club rang me at 11 o’clock to say ‘I know you are only just after having a baby – can you sit down for a minute? I have some news for you.’”

Aisling didn’t know what to expect and when David informed her that she had just won €10,000 she was over the moon.

“I couldn’t believe it,” she smiled. “They were all in bed here – Aoibhinn my daughter, was asleep, Tom, my husband, was asleep and I was just feeding the baby. I woke the whole house,” she recalled. “We will tip away, do a few bits around the house and maybe a holiday next year.”

It was a fitting end to what has been a hectic week in the Fox household.

On Wednesday morning, Aisling gave birth to little Tomás and by Sunday she was perched on a seat in the GAA grounds in Newcastle West to watch her brother-in-law Shane and his teammates claim the senior football county title. “It was brilliant to win it. They put in so much work,” said Aisling. “Married into the Fox household, they really are a massive football family so it’s great. We were all thinking about Pa Fox (Tom’s brother) a vital member of the Ballylanders team who had to emigrate to Canada.”

Young Tomás didn’t make the game on Sunday - he had enjoyed his first GAA action the day previous when he saw his mum’s native Garryspillane play Bruff in the County Premier Intermediate hurling semi-final. “He was exhausted so we left him at home on Sunday - my mother Stephanie looked after him,” Aisling smiled.

By Sunday evening however, he was back in action for his dad’s club Bally, and enjoyed the county final celebrations in the village. It all got too much for him by late evening however, and nothing would do the little Fox but to take a nap in the coveted Fr Casey Cup.