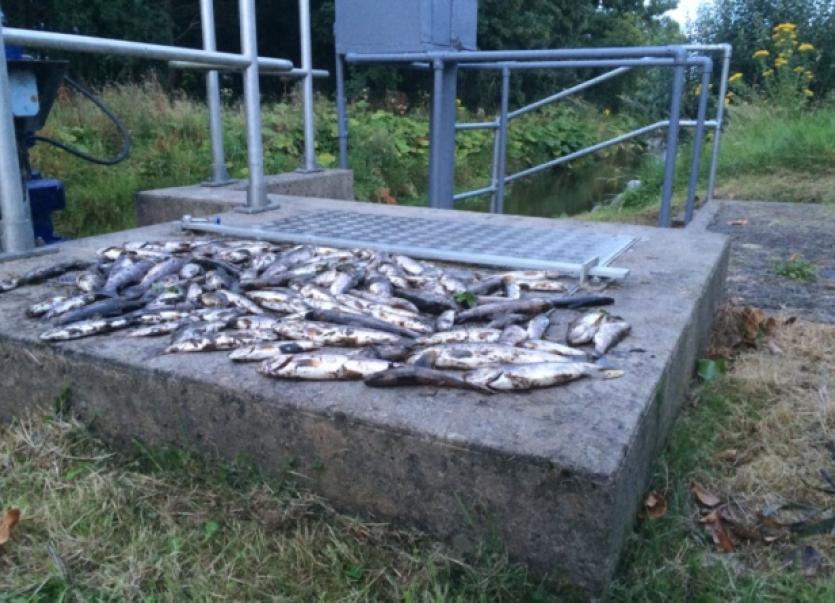 IN the region of 650 salmon and trout have been killed following a slurry spill in the River Loobagh, Kilmallock.

IN the region of 650 salmon and trout have been killed following a slurry spill in the River Loobagh, Kilmallock.

Inland Fisheries Ireland are investigating after they were notified of the incident on Monday evening.

“Investigations are still ongoing. The anglers have received 650 salmon and trout. There is possibly more. Our staff are on field at the moment. It was traced to a discharge of slurry from a farm,” said Mike Fitzsimons, senior fisheries environment officer, IFI.

“We got there as quickly as we could and proceeded upstream and were able to locate where the discharge came from. Samples have been taken and are currently being analysed,” he added.

According to Mr Fitzsimons, the plume of effluent is moving downstream and staff are currently in the area and are continuing to monitor the situation.

“It was by pure accident I drove down to Riversfield bridge yesterday evening,” he said.

“I looked in over it. I saw dead trout, trout dying and the colour and smell off of the river was something atrocious. It is only 100 metres from the water treatment plant,” said Mr O’Riordan.

“They were trout and salmon smolts which really annoyed the Fisheries Board because salmon are so scarce these days. Those fish that we took out were in less than 100 metres of water. You can see the foam on the water - it was absolutely atrocious. The river as we speak is so brown that we can’t ascertain how far down it’s gone.”

It is understood the water treatment centre at Riversfield, Kilmallock was shut down for a number of hours yesterday but it is unclear if it has returned to full capacity. A spokesperson for Irish Water said she is “looking into the matter” and hopes to clarify the situation.

For more on this story stay follow the Limerick Leader on Twitter or on Facebook and see the print editions of the broadsheet, in shops on Thursday.